If you want a bike which is full of up to date tech but with stylish retro looks then a retro naked might be for you.

Storage and wind protection are minimal but each model attempts to look like a work of art straight from the factory. What is a retro motorbike? 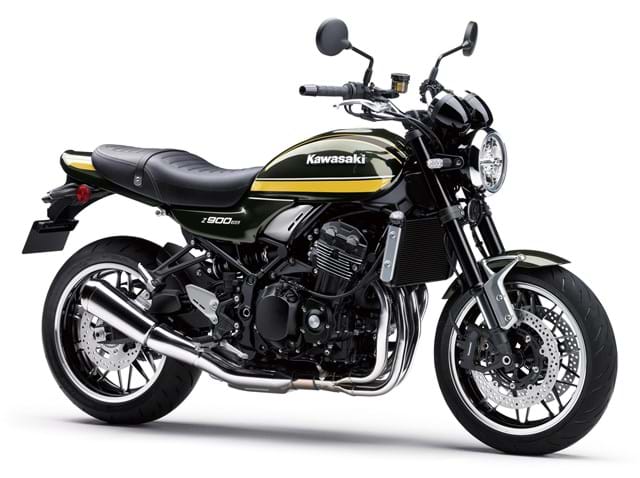 It's based on the slightly more angry Z900 but has a de-tuned engine, wheels designed to look a bit like wire spokes, a retro style seat, a modern LED headlight disguised as a traditional light and a blacked out engine with machined mock engine cooling fins.

At first glance it looks like a traditional pair of clocks but nestled between them is a modern inverted LCD dash with all the info you would expect from a modern bike. Read the review.

All in all it's a lot of bike for the money and there is also a cafe racer version available in the Z900RS Cafe. 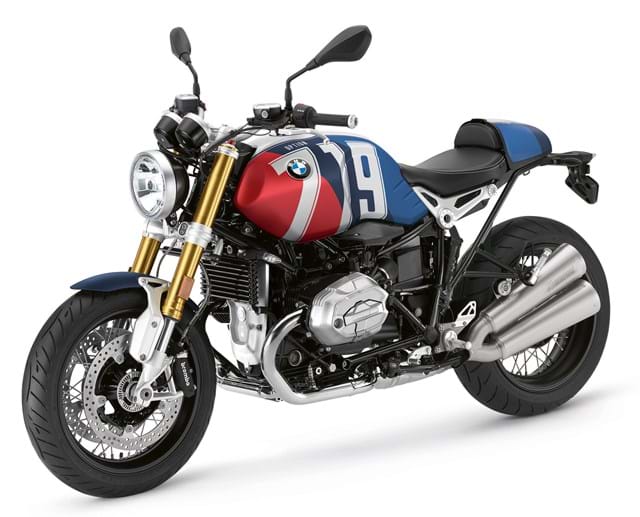 The pillion frame is easily detachable for a solo look or you can opt for the pillion hump with hidden storage compartment and the Boxer engine is tried and tested, with a design that keeps the weight low down. Read the review.

There's also a cheaper version available in the Pure and a cafe racer version or you can customise it in almost unlimited ways to create your dream bike. 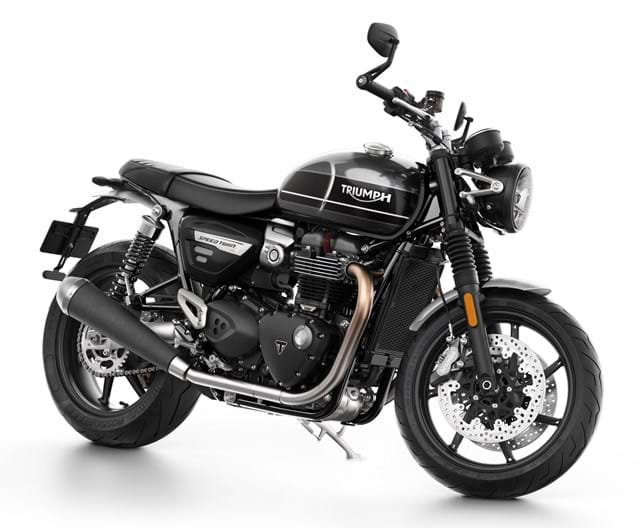 Powered by the legendary Thruxton High Power engine the new Speed Twin is like a sportier version of the popular T120, with some weight lopped off and cooler mirrors.

It can be massively customised using the Triumph parts catalogue and should sell really well. Read the review. 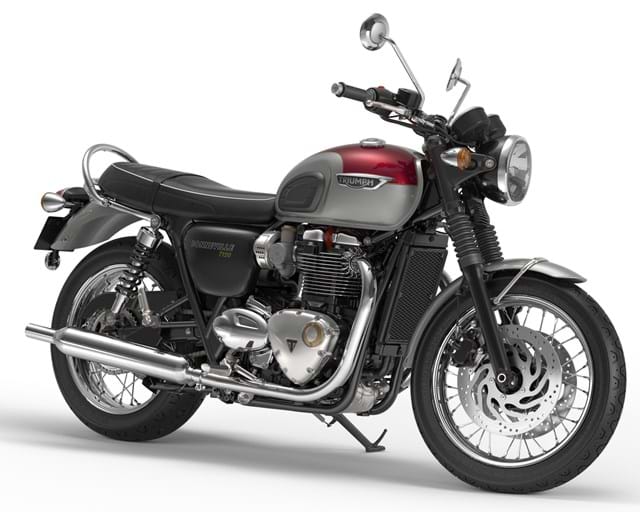 It doesn't get more retro than the incredibly popular T120 and like the Speed Twin customisation potential is massive. Read the review. 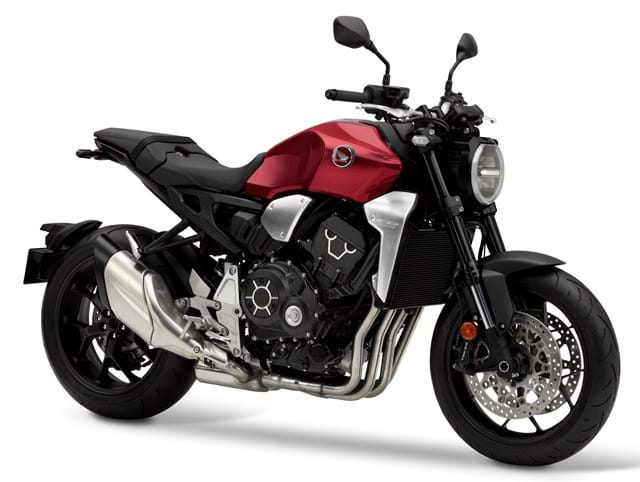 The highly anticipated 2018 CB1000R is perhaps the odd one out on this list, both in power and looks.

The previous generation de-tuned Fireblade engine produces way more power than you need for the road at 143bhp, combined with looks that are genuinely somewhere between a modern naked bike and a modern retro bike.

There's plenty of modern technology on offer but this bike is really all about the visual details and virtually all metal construction. Read the review. 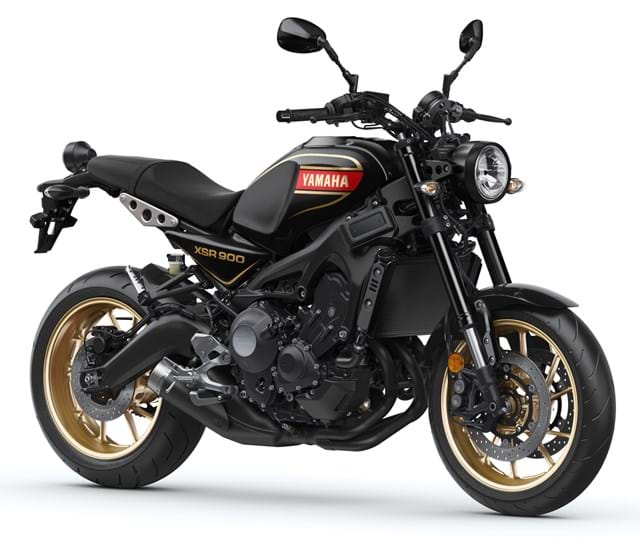 Launched back in 2016 the Yamaha XSR900 is essentially the best selling MT-09 with a few mods to make it look a bit retro, in the way of a round headlight / tail light, curvier tank and quite a few parts blacked out.

That's a good thing because the MT-09 is an excellent bike with nearly 50,000 sold in Europe before it received a small update for 2017. 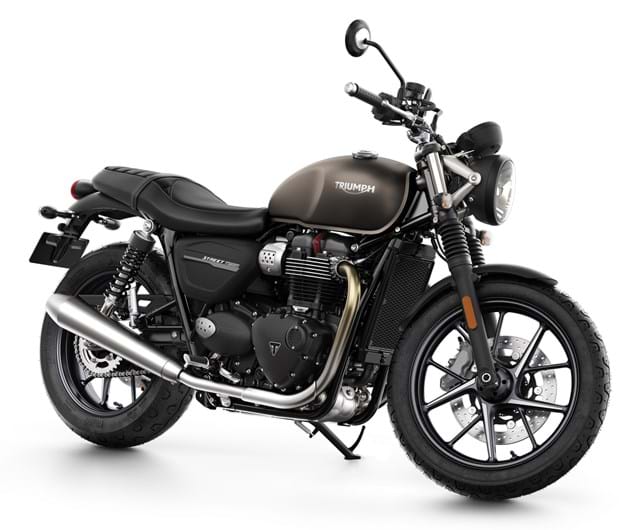 The original 2016 Triumph Street Twin had a really classic look and was super learner friendly with a low 750mm seat, although not the lightest bike out there.

It should last a while though because it can be made A2 compliant with a restrictor and can be completely customised with Triumph's massive parts catalogue.

For 2019 it gains 10bhp, a Brembo front caliper, better fork, ride modes, an improved seat with more padding, cool machined wheels and down pipes with a goldish finish. 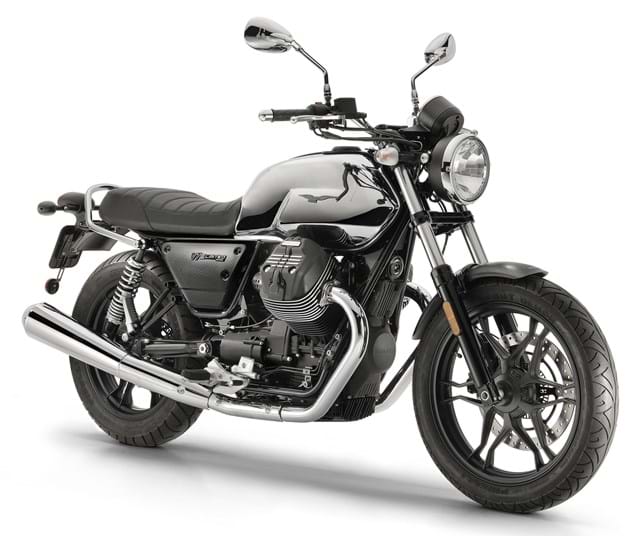 The V7 has been slowly evolving since 2008 and is very much about the way it looks and sounds, with quite a following and plenty of customisation options.

It's also a little bit special because the engine is mounted at 90° to most other V-Twin bikes, ensuring you'll stand out wherever you go and the shaft drive means easy maintenance. Read the review. 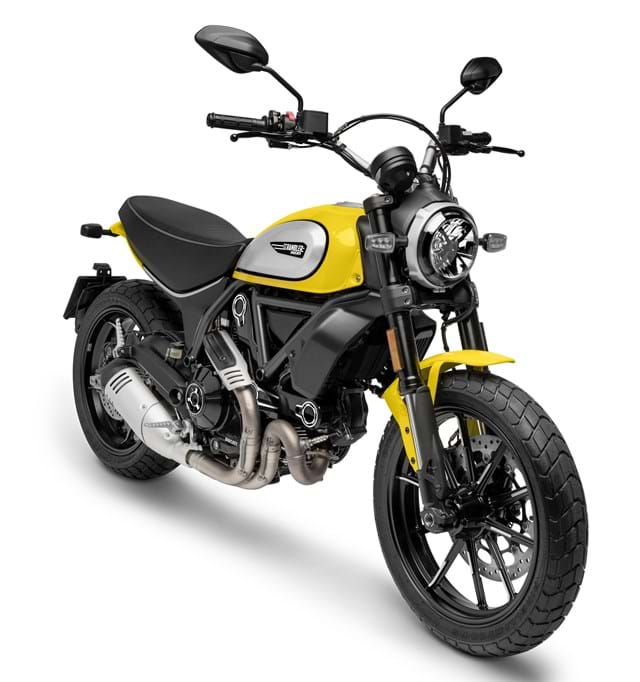 The seemingly infinite flavours of the 803cc Scrambler were a sales success for Ducati so for 2018 they have updated the Icon with a new headlight, cornering ABS, lighter hydraulic clutch, gear position indicator and fuel gauge. 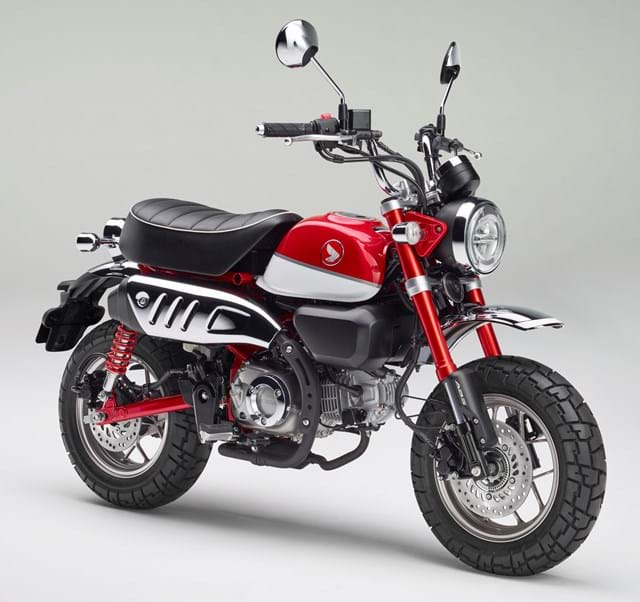 Honda's Monkey is new for 2018 and channels the styling of the original Z50 monkey bikes.

It's actually just a Honda Grom in disguise but that's no bad thing and it's learner friendly with a really low wet weight, economical engine and low seat height. Read the review.

Head over to the bike chooser to see them all.

We looked at all the best retro bikes you can buy new and picked the top contenders, taking into account style, power, technology and value for money.

What Is A Retro Motorbike? 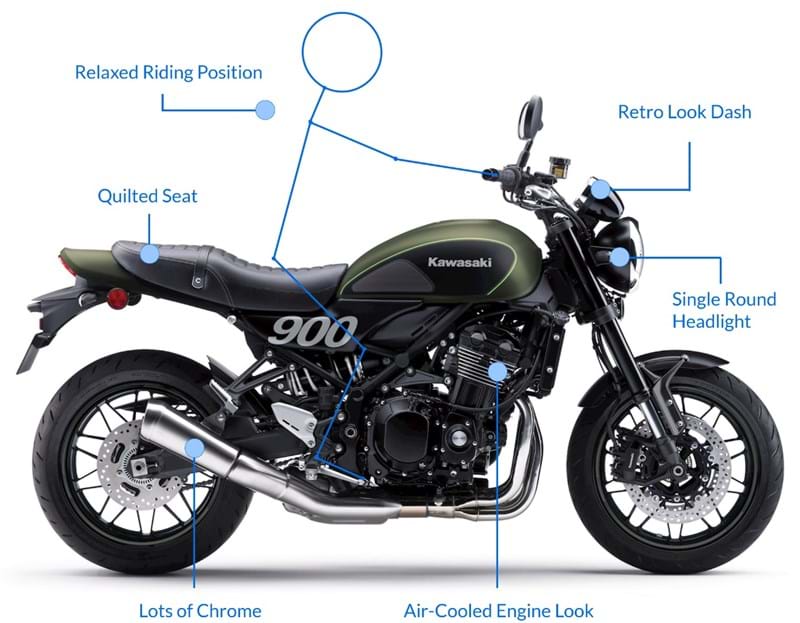 Most of the retro models you can buy today started life as a naked bike which has been modified to look more traditional, but without sacrificing all the modern tech and riding experience you would expect from a new bike.

Closely related are modern cafe racers which tend to start life as retro bikes but with the addition of low bars, a headlight fairing and pillion seat hump. They are bang on trend right now.