If you want a bike that looks modern, can go fast, is agile in the bends and which sacrifices some wind protection and luggage options to save weight then you probably want a naked bike. What is a naked motorbike? 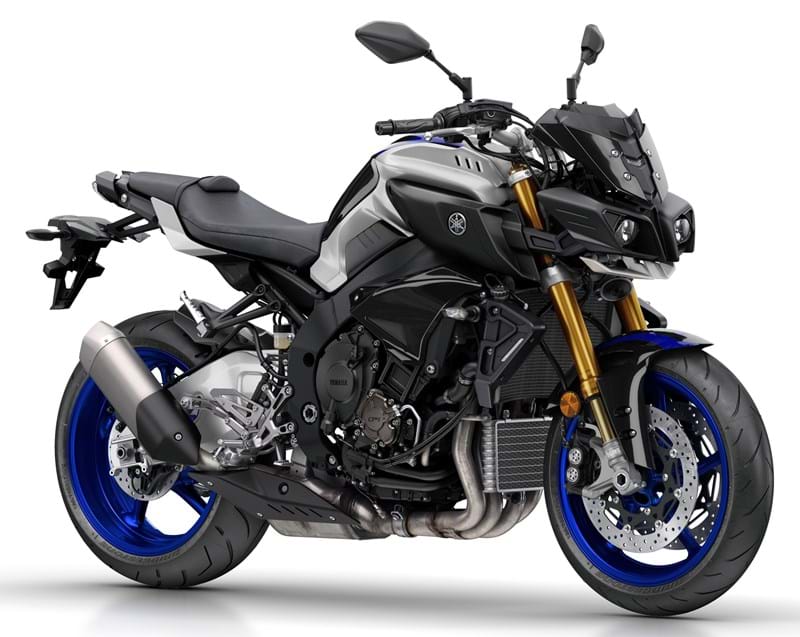 The original Yamaha MT-10 was a huge hit so the SPecial version was bound to show up soon after in 2017.

The engine isn't the most powerful out there but is renowned for being extremely capable, while the wind protection is surprisingly good for a naked bike, however there is a downside and it's fuel economy. Read the review.

Get a quote with Compare the Market
2nd

The Z H2 is new for 2020 and should tick a lot of boxes for a lot of people, mainly because it's derived from the excellent H2 SX SE sports tourer and makes use of the same supercharged engine.

There's a fancy colour TFT dash, quickshifter and Brembos at the front. 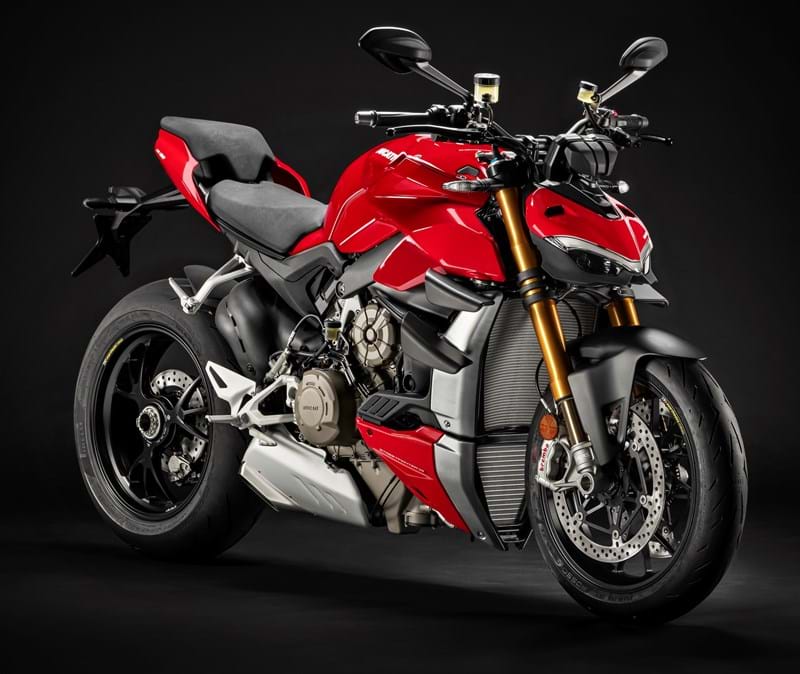 For 2020 Ducati whipped the fairing off the awesome Panigale V4 sports bike to produce the Streetfighter, which is also available as a cheaper version without the forged wheels or Ohlins electronic suspension.

Compared to the Panigale it has a more relaxed riding position, comfier seat, slightly de-tuned engine optimised for the road and double wings either side which can generate 28kg of downforce at 168mph. 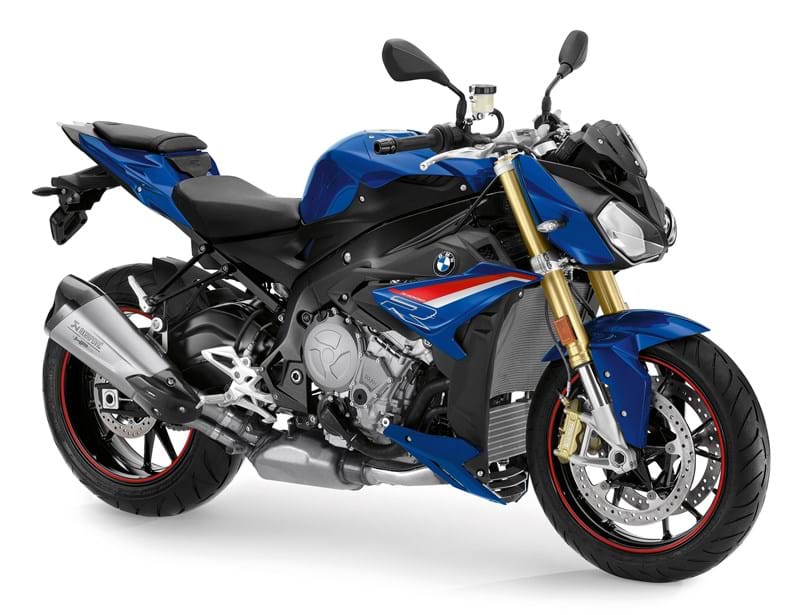 However the model is getting on a bit now, even with a mini update in 2017 that throws in the HP Titanium muffler for free. 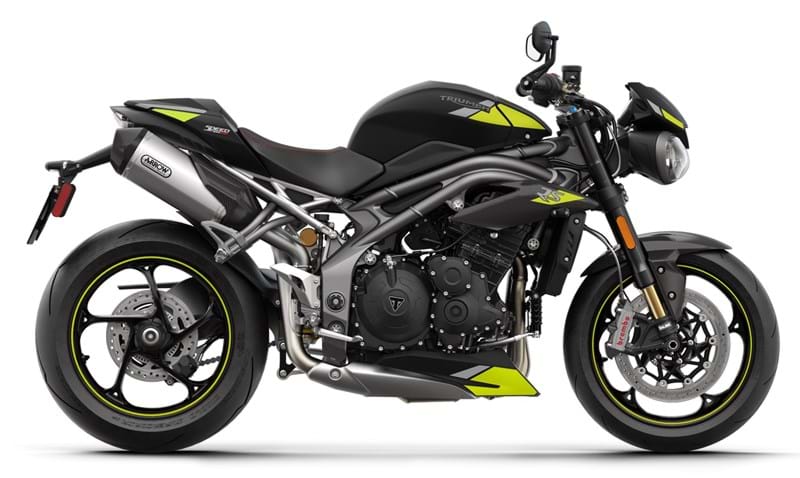 The top of the range Speed Triple RS is more evolution than revolution with a new colour TFT dash, refined engine, cornering ABS and a little bit knocked off the weight.

That isn't necessarily a bad thing though because the Speed Triple has been a great seller for Triumph and it has quite a following in the UK. 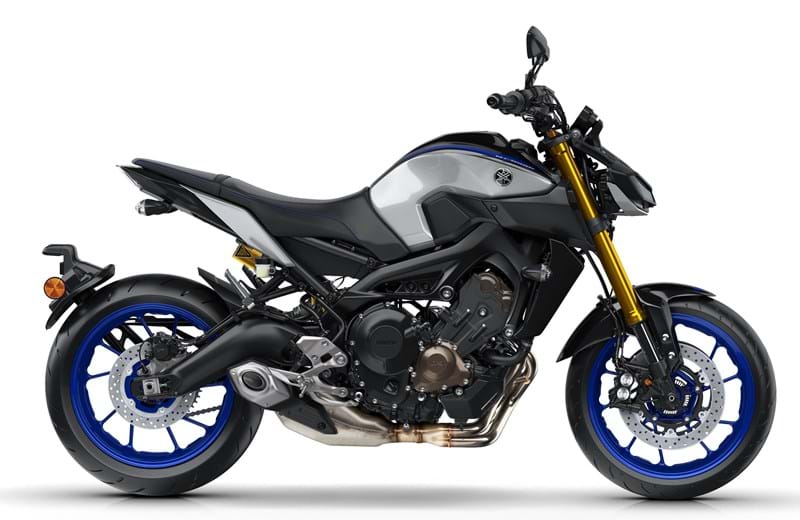 Much like the MT-10 SP the MT-09 SP takes the 2017 update of the best selling MT-09 and adds a few bits to make it SPecial, specifically a mix of Ohlins/KYB suspension upgrades and a fancy colour scheme.

It should make an already awesome bike even better but Yamaha have clearly decided not to include a colour TFT dash to save a few pennies. Read the review. 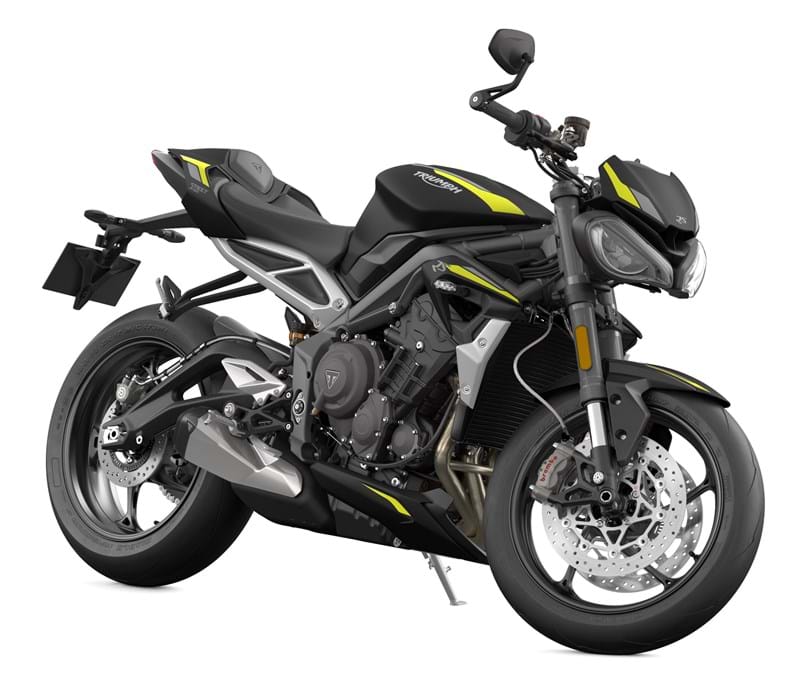 The Street Triple RS is really popular in Triumph's range and for 2020 it's been made Euro 5 compliant with an improved mid-range, new LED headlight, new bodywork / exhaust / mirrors and a new quickshifter. 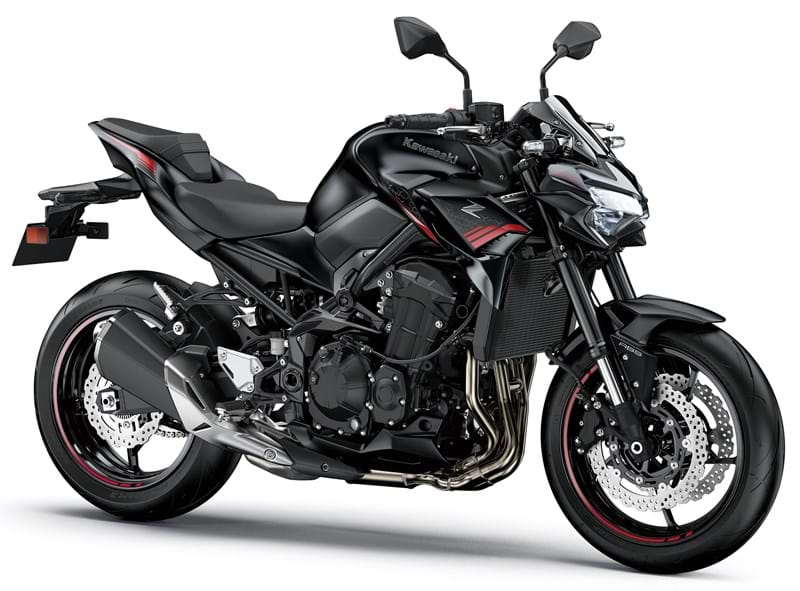 Kawasaki introduced the Z900 in 2017 to replace the ageing Z800 and there's also an A2 licence friendly restricted version. For 2020 it gets a TFT dash, comfier seat, LED lighting all round, traction control, two power modes and improved tyres. 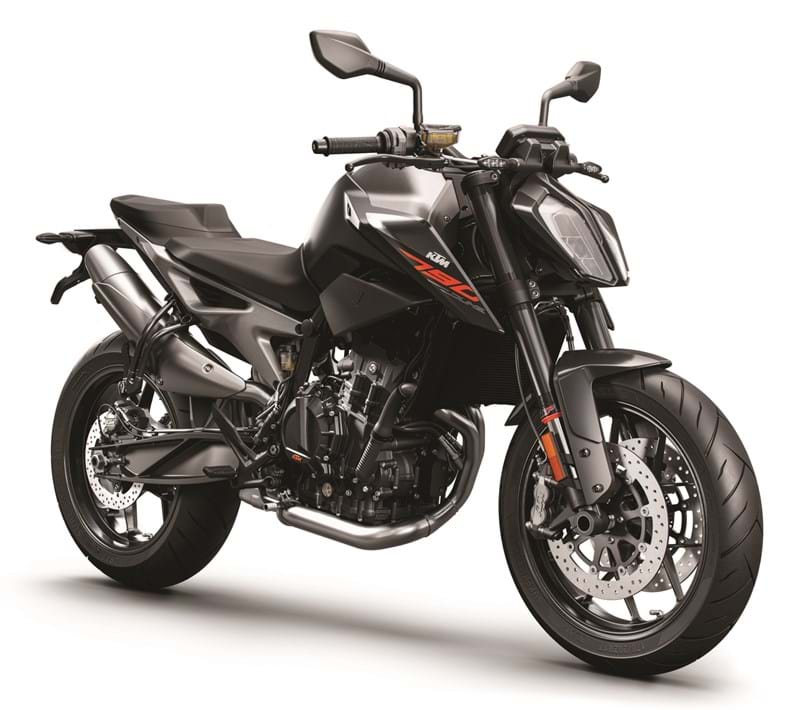 It's bristling with advanced features like a colour TFT dash, LED lighting all round, lean angle sensitive traction control, a quickshifter and advanced track riding mode. Read the review. 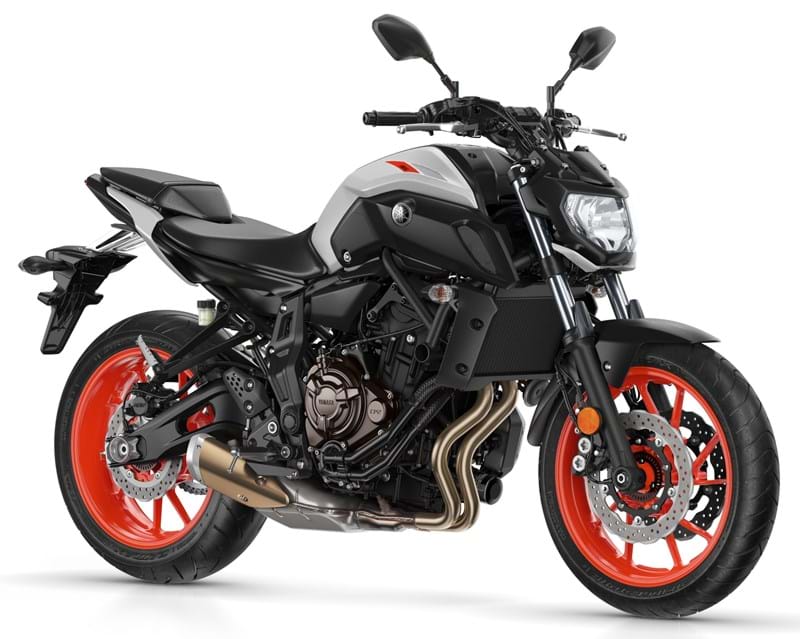 Yamaha's MT-07 needs no introduction. Over 80,000 of the original have been sold so for 2018 Yamaha simply tweaked a few bits to make it even better.

The headlight design is all new, the seat more comfortable and a few bits are blacked out for a more edgy look. Read the review.

We looked at all the best naked bikes you can buy new and picked the top contenders, taking into account style, power, technology and value for money.

What Is A Naked Bike? 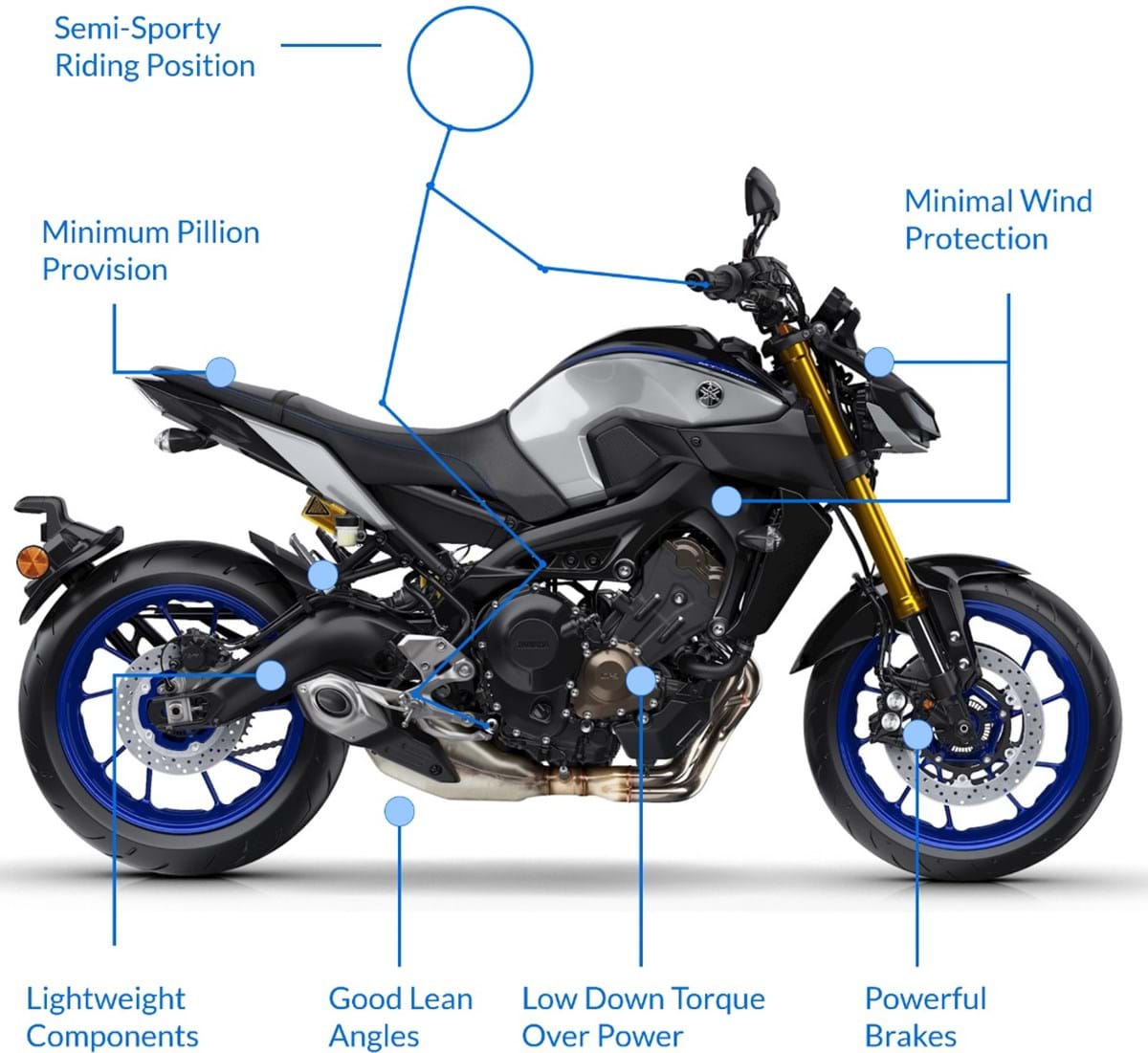 Originally a naked bike would have been a sports bike with the fairing removed, the wiring tidied up to show off the engine and a few tweaks like flatter handlebars to make the riding position less aggressive.

These days nakeds tend to be designed that way from the off. They also quite often feature a de-tuned engine from the previous generation range topping sports bike, tweaked for lots of torque lower down the range at the expense of top end power.

In the grand scheme of things they are one of the most popular classes of bike on the road and tend to be used for short blasts at the weekend rather than longer trips. Retro nakeds offer much the same but with distinct retro styling.