Cafe Racers couldn't be more on trend right now and they mostly start out as other models with a few mods to "cafe racerise" them.

Increasingly the inevitable racer version is being designed in from the start and some of the latest models to hit the dealers go as well as they look. What is a cafe racer? 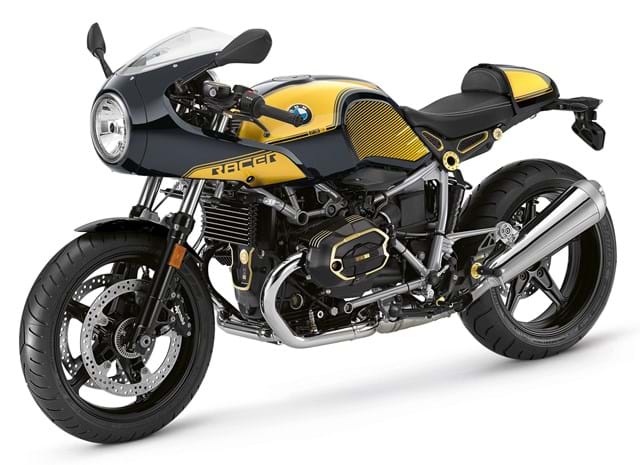 Launching in 2017 BMW's R nineT Racer is, unsurprisingly, based on their R nineT models. Not the range topping R nineT though, it has more in common with the lower down R nineT Pure and R nineT Scrambler.

Still, it really looks the part and it's only really missing the premium suspension and wire spoked wheels from the top model. Read the review. 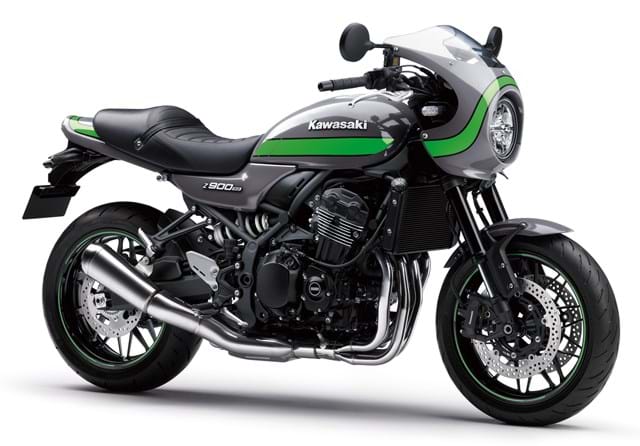 Brand new for 2018 the Kawasaki's Z900RS Cafe is based on the equally new Z900RS retro version of the angry modern naked Z900 and that's a great start!

The Z900RS versions have a de-tuned engine, a fancy "retro style" modern dash, LED lighting, cast wheels designed to look a bit like wire spokes with modern niceties like traction control and a slip / assist clutch.

The Cafe version is essentially the same as the excellent Z900RS but with a cafe screen added to a slightly lowered headlight, a new seat with a hump, lower mirrors and lower handlebars.

The end result is pretty striking and it has proved very popular. Read the review. 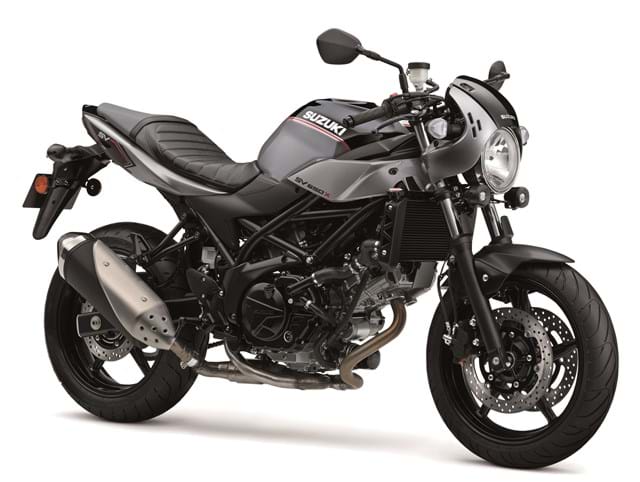 Suzuki's SV650X isn't pretending to be anything more than the venerable SV650 with a cafe fairing around the headlight, low bars and a cafe racer style seat.

That isn't a bad thing though because the SV650 has quite a following and this iteration looks especially good with the optional dual LED fog lights.

It's a lot of bike for the money. Read the review. 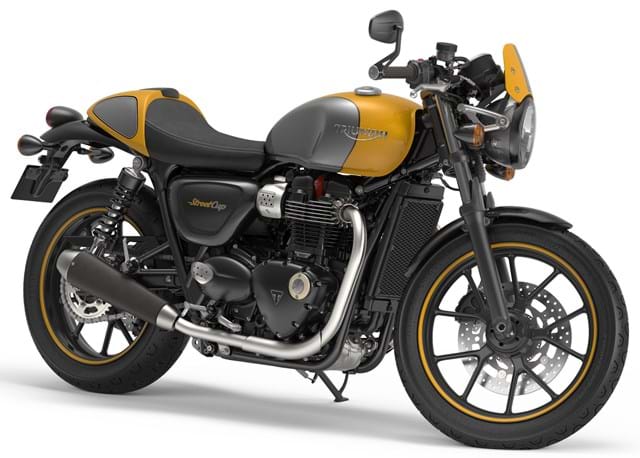 Again it's a great model to base it on, with plenty of low down torque and hundreds of accessories available from the Triumph catalogue.

It's also A2 licence compliant with a restrictor however it's not the lightest bike out there. Read the review. 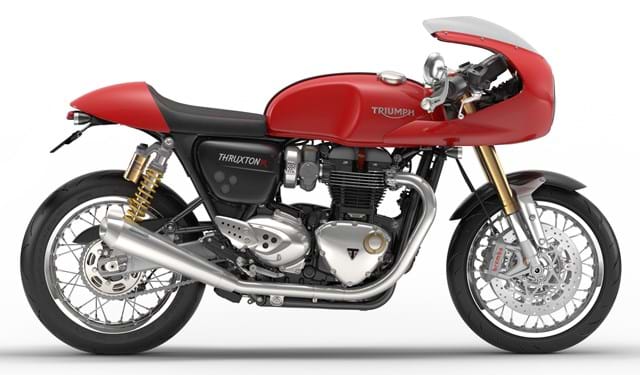 Based on the Bonneville T120 the Triumph Thruxton R features the High Power version of Triumph's 1,200cc engine, so it's geared more towards top speed than every day low down torque like many of the others listed here.

It has the seat hump and low clip on bars you would expect from a cafe racer but the headlight cowl isn't standard and needs be added from the accessories catalogue. It looks amazing but is quite pricey and heavy. Read the review.

If you like the Thruxton then check out the 2019 Triumph Speed Twin. It's a similar concept but uses the High Torque engine with a more relaxed riding position and less overall weight. Many Thruxton owners have their eye on one!

For 2020 there's also the higher spec Thruxton RS with more power, less weight, better brakes and some blacked out bits. 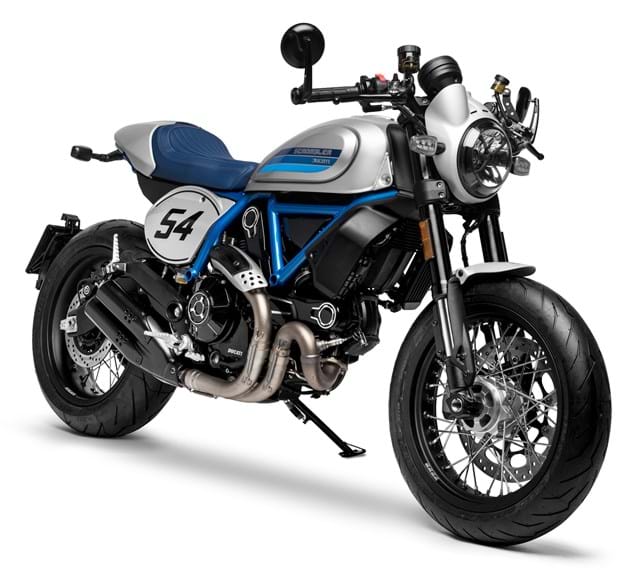 Originally launched in 2017 the Ducati's Scrambler Cafe Racer is one of the better looking of the many Scrambler models, it's really light, has bar end mirrors and comes with the Termignoni muffler.

Unfortunately the tank range is very limited but if you really want attention it should do the job.

For 2019 it gets a new paint job, cornering ABS and a new dash which includes both a fuel gauge and gear position indicator. 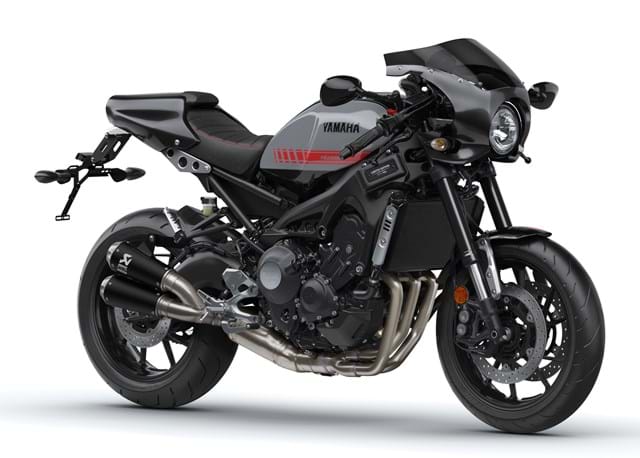 This is the Abarth edition of Yamaha's XSR900, which itself launched in 2017 as the retro version of their super successful MT-09 angry naked model.

Each of the 695 limited editions turn it into a proper cafe racer with Carbon fairing, seat hump, low bars and Akrapovic Titanium exhaust.

There aren't many around though and the styling is slightly more modern than some of the others on this list.

You could of course buy a standard XSR900 and slowly turn it into a cafe racer yourself. Read the review. 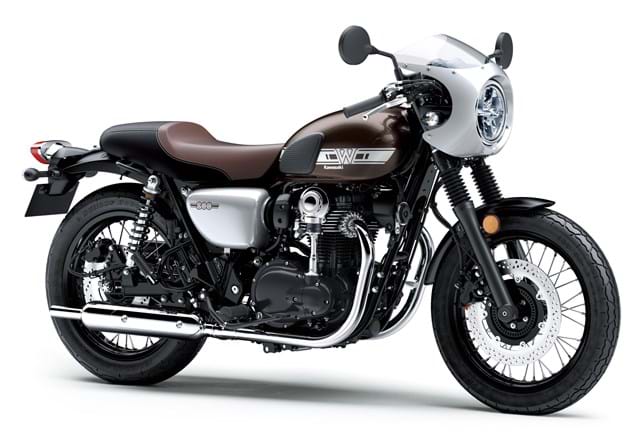 For 2019 Kawasaki have resurrected and upgraded their popular W800 Street model and added a cafe racer version to boot.

It's now Euro 4 compliant and A2 licence friendly but surprisingly still air-cooled for maximum retro effect. You do get a modern LED headlight and ABS subtly designed in though. 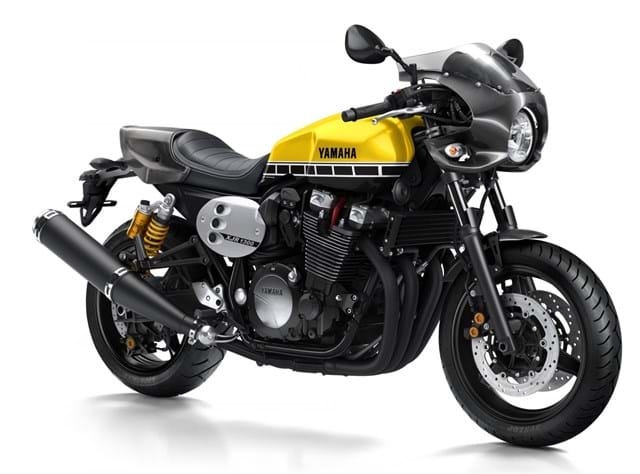 Although dropped from the range in 2017 due to Euro 4 compliance it still looks good and there are plenty around, however the tech is pretty old now and it is heavy. Read the review of the XJR it's based on. 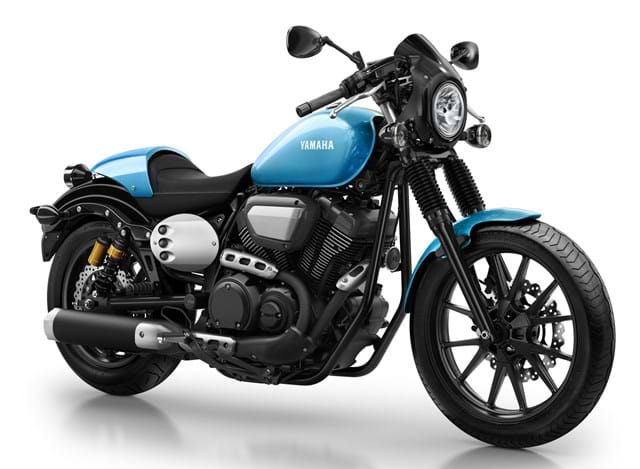 In this case lower bars, a headlight cowl, pillion seat cowl, more of a cafe style seat to replace the cruiser style seat and fork gaiters.

We looked at all the best cafe racers you can buy and picked the top contenders, taking into account style, power, technology and value for money.

What Is A Cafe Racer? 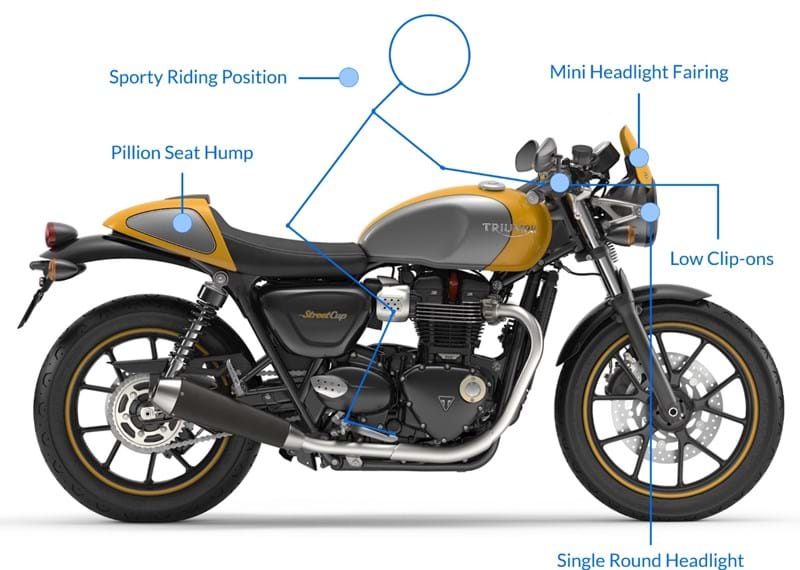 Cafe racers tend to take a retro styled naked bike then add a seat hump where the pillion would sit, low clip-on handlebars and a small screen / fairing around the single headlight up front.

Lowering the handlebars creates a more aggressive low riding position to keep wind drag down to a minimum but it does mean they aren't the most comfortable of bikes for long distances.

Racers were originally about lightweight speed and handling but these days it's more of a styling exercise to cash in on the demand for modern retro bikes.