‟
The power delivery, feel of the bike, induction and exhaust sounds are gorgeous. I open the garage, I smile and say 'gorgeous'.
”
- Rating: 10 / 10 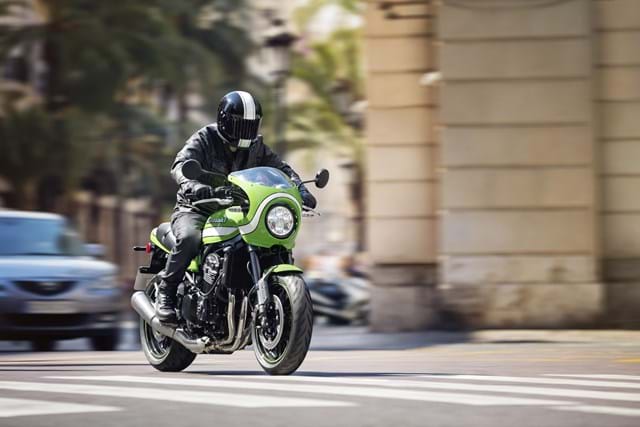 So I bought the green one. I fell for it's looks, something I think bikers do more than car drivers, without test riding the Cafe or the other RS versions. The standard Z900RS didn't tempt me.

I ordered her in mid November and collected late March. The wife said I was more excited waiting for the Cafe than I was for our wedding.

On the day I collected her it took three hours to sort the insurance. My insurance company's computer said 'no', no data on the system and the same with the Meerkat lot.

Anyway I took the Kawasaki five day free insurance and rode away. Outside the shop after being shown what to do, I fired her up and set off. 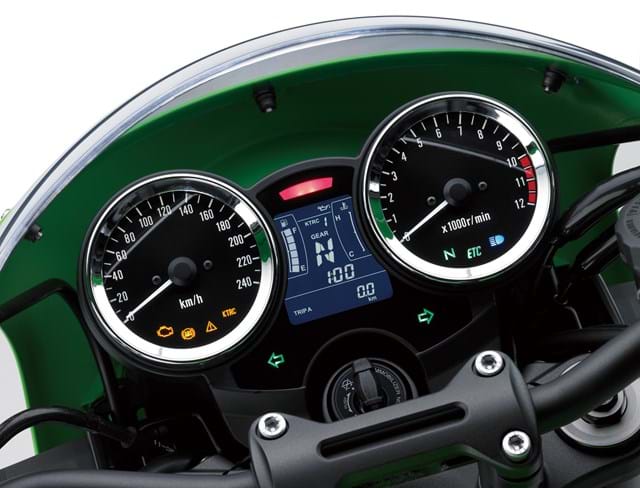 The power delivery, feel of the bike, induction and exhaust sounds are gorgeous. I've now covered around 1,000 miles so can play a little harder.

I ride other bikes quite regularly, the wife's GSX1250FA, and two Blood Bikes (Pan and a VFR xRunner). As much as I like riding the others the Cafe puts a smile on my face like a Cheshire Cat.

I just love riding the bike, it fits, the riding position is good and there's a slight lean forward on the lower bars. I do have a 1976 Z900 A4 and had to put lower bars on that to make the position lean a little, it obviously suits my style. 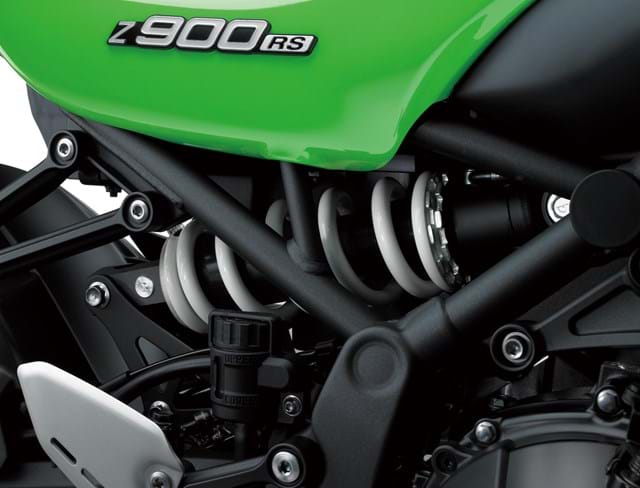 It's very good and inspiring. I've not tweaked the suspension yet but as I'm on the heavy side it probably won't be altered. Some folks say it's a little harsh but I find it just fine.

They are good, with plenty of power but not too much. The rear brake is adequate but we should only need it for slow manoeuvring or wet weather so it's fine.

I've not yet ridden in the wet so can't say much about that, but grip from the OEM tyres in the dry is good. 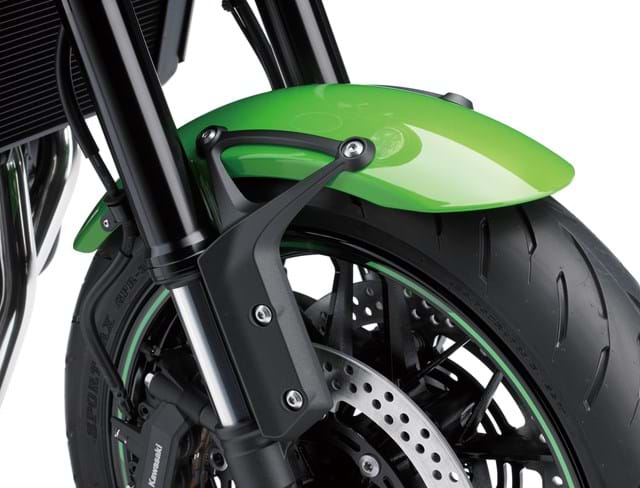 No much, apart from a fender extender to the front and a radiator guard. Modern bike mudguards are way too short.

A lot seem to be replacing the rear number plate hanger, but personally the standard one suits the Cafe more than the standard bike.

I may put heated grips on as I don't mind the cold but I'm less keen on the wet. The rear hugger may get changed as well. I need to look at other's bikes rather than catalogue pics before major changes. 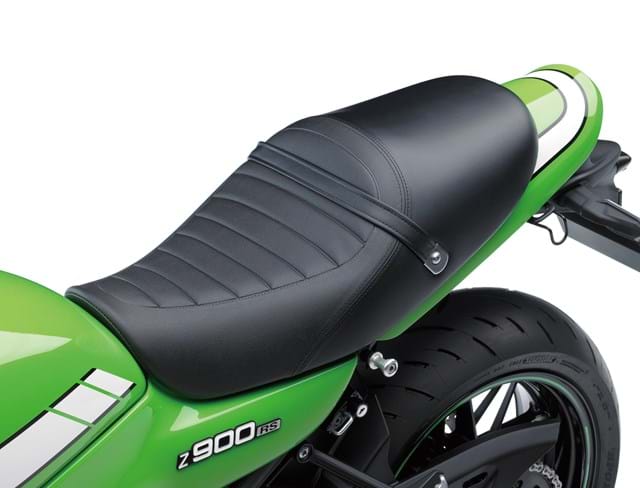 Well the seat is a little uncomfortable. I'm not skinny so maybe that's something to do with it. I won't be doing any touring or massive long rides on her, well not very often, so it's not really an issue.

Fuel range is probably 150 miles but I reckon you could be filling up at 120 to be safe by which time it's stretch your leg time anyway.

Love it, love it's looks. I open the garage, I smile and say 'gorgeous'. The rex is sulking in the corner.

Z900RS - The Cafe without the fairing / screen, low bars or pillion seat hump. 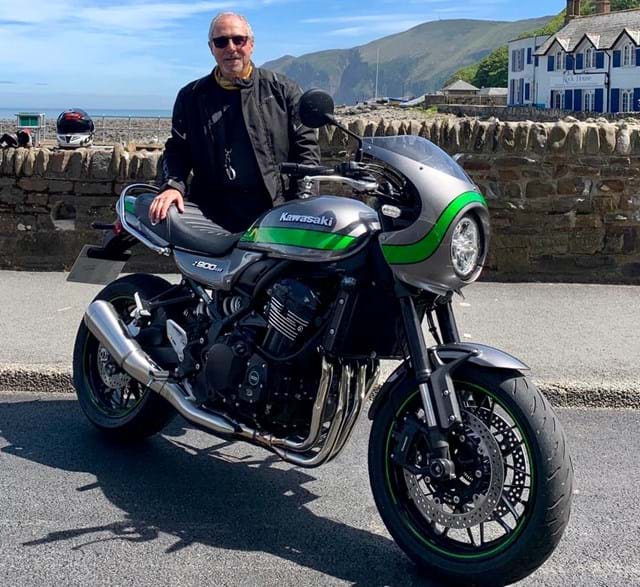 It’s agile, planted on the road and can do almost everything from touring to spirited riding.

Throttle is a little snatchy but my Ninja 650 was similar and you ride around it. 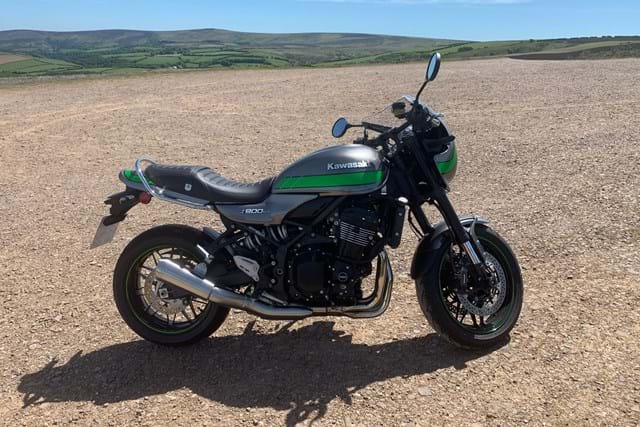 Great for a bike straight out of the box with standard settings.

Good. Not had to use them in anger yet.

I use the lowered seat and it's good for 3 hours before numb bum strikes.

It’s a keeper for me. Be prepared to be stopped and asked about it all the time. It’s a real looker.

Check out this video review from The Liferider.