Cruisers tend to have a very relaxed feet forward riding position, a very low seat, large rear tyre, raked out fork and an engine focused on low down torque rather than top end power. What is a cruiser? 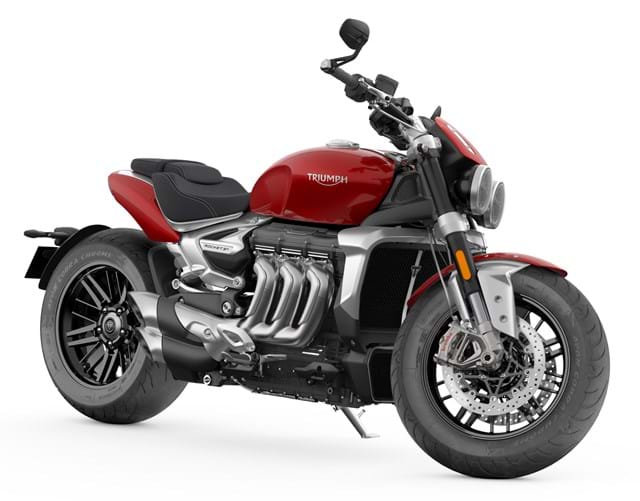 This is an all new Rocket 3 for 2020 with a larger engine, more power, new lighter frame and all the modern equipment you would expect. 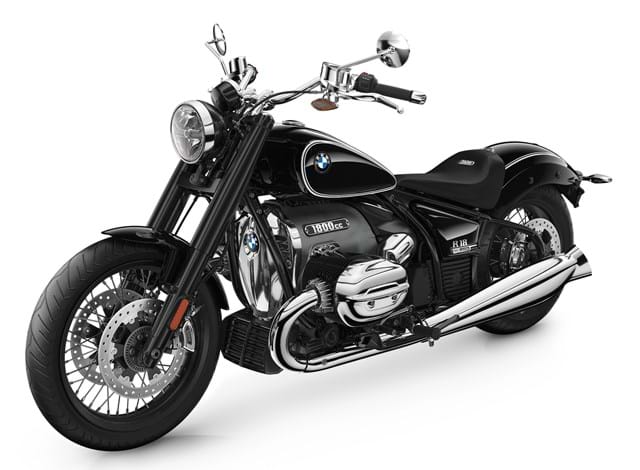 The R 18 is a brand new cruiser for 2020, taking aim at both Triumph and Harley. It looks pretty sweet but can be easily customised as a bobber, a bagger, with high ape hanger bars and a wide variety of screens / wheels.

We love the enormous Boxer centrepiece, the fishtail exhausts and the Nickel plated open shaft drive. 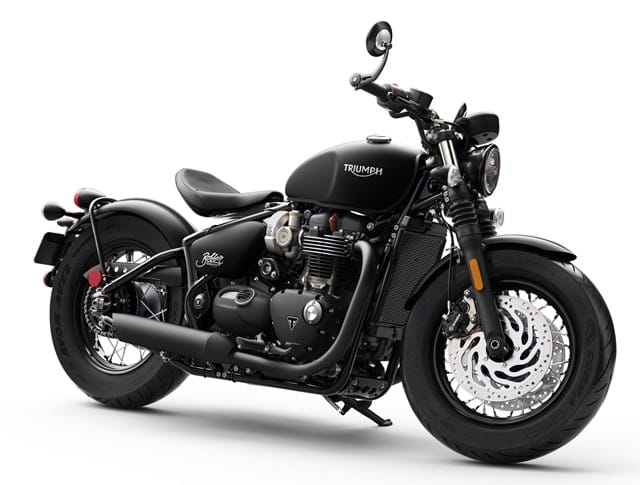 For 2018 Triumph released the black version of their groundbreaking 2017 Bobber with an LED headlight, cruise control, a beefier fork, dual discs up front with Brembo calipers and a smaller 16" front wheel.

For 2020 they released the ultimate Bobber TFC with Ohlins suspension, Brembo M50 calipers, more power and loads of bling but it's limited to 750 units worldwide. 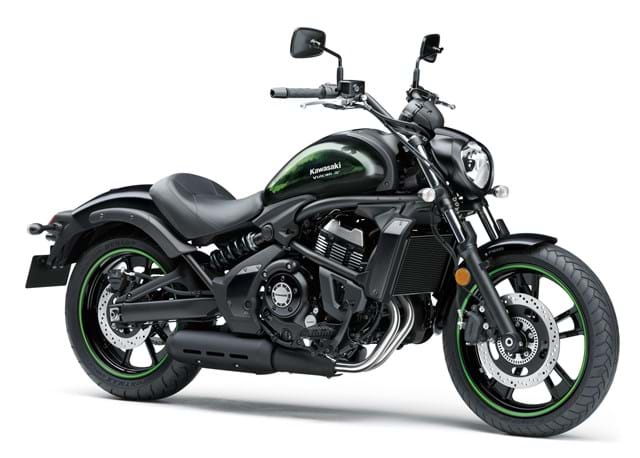 At the entry level is Kawasaki's incredibly popular chain driven 2015 Vulcan S. It doesn't have much equipment to talk about but it looks great and can be restricted for A2 licence compatibility. 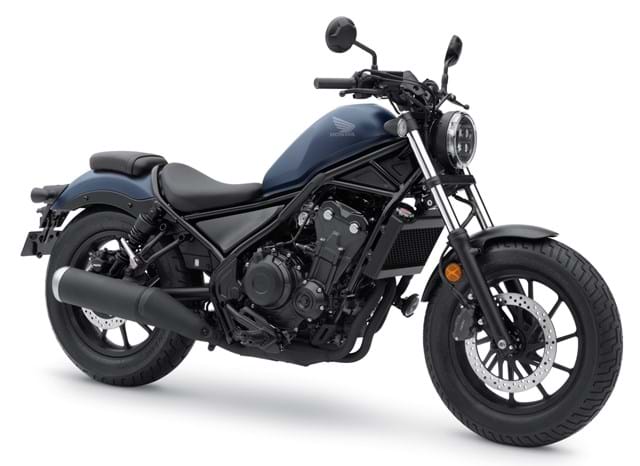 The chain driven Rebel is a popular little bike and with good reason. It's incredibly learner friendly with a really low seat and low weight, it looks great and the pillion seat / pegs can be easily unbolted to create an instant Bobber look.

Equipment is pretty basic but it's a lot of cruiser for the money and many view it as a great base to create their own custom Rebel. Read the 2019 review.

For 2020 it gets a more comfy seat, a slipper clutch, a handy gear position indicator, improved rear shocks and a cool LED headlight. 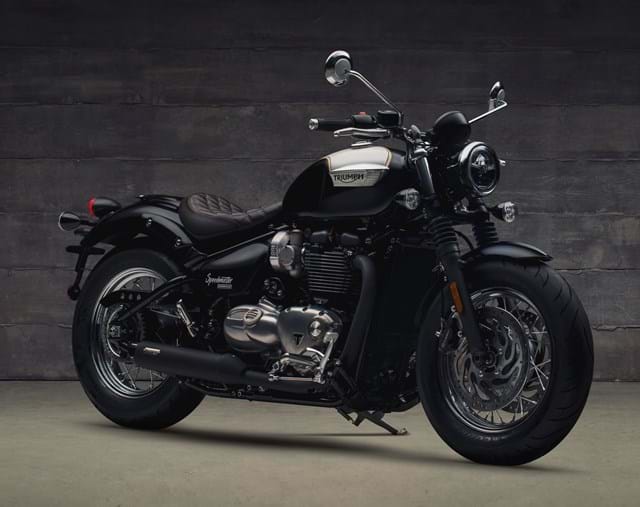 If you are in the market for a mid-price cruiser then Triumph's new for 2018 Speedmaster and Bobber Black should both be on your test ride list.

They are essentially the same chain driven modern bike, cunningly designed to look retro, but where the Speedmaster is very pillion friendly the Bobber opts for a solo seat and a very clean back end. 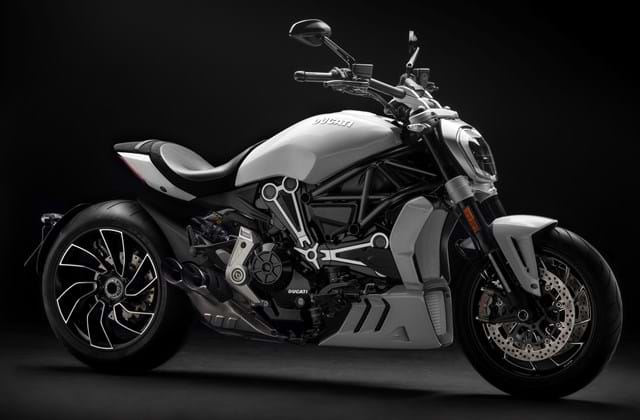 The XDiavel S is a belt driven cruiser with cutting edge modern styling, sports bike power and sports bike handling although any machine where the name translates to Devil was never going to be cheap.

We love the single sided swingarm, machined back wheel, integrated exhaust so you can see said back wheel in all its splendour and the colour TFT dash.

All of the most advanced tech is there as well like ride modes, cornering ABS, launch control, Brembo brakes, keyless start and full LED lighting.

There is also a standard model in the £17,000 XDiavel which costs £3,200 less but does without the fancy wheels, top-spec Brembos, LED headlight, entertainment system and fancy seat. 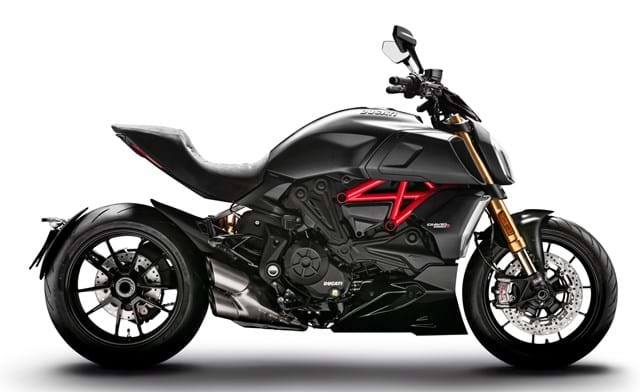 New for 2019 the Diavel is now based on the VVT engine from the XDiavel, including the chassis and colour TFT dash. 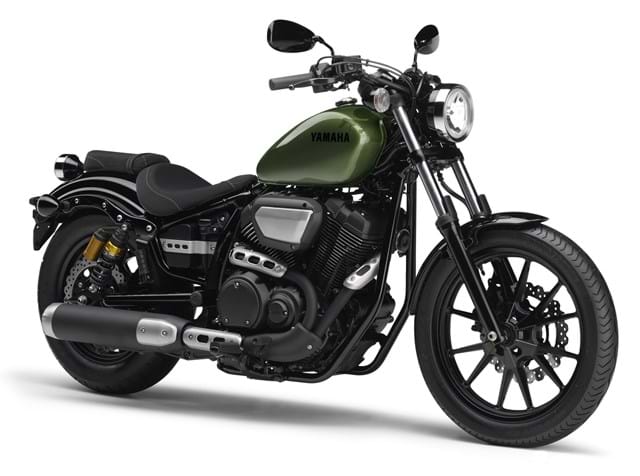 Moving down into the lower capacity cruisers we have the 2014 XV950R. Equipment is pretty basic with no gear position indicator or rev counter but you do get KYB piggyback shocks and a big V-Twin soundtrack.

It's called the Star Bolt R in the USA and final drive is via belt. 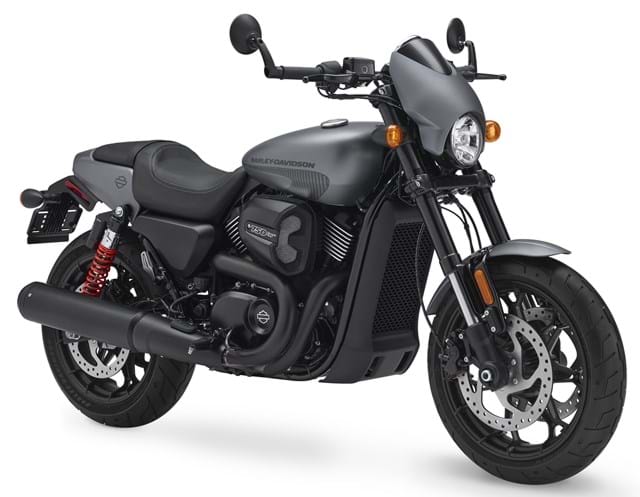 To create the 2017 Street Rod Harley took the 2015 Street, their first new platform in years, then added an upside down fork, beefier rear shocks, dual discs and a performance air intake to boost power a few bhp.

It's a proper traditional cruiser with a V-Twin engine and belt final drive which can also be A2 Restricted.

We looked at all the best cruisers you can buy new at a variety of price points and picked the top contenders, taking into account style, power, technology and value for money.

What Is A Cruiser Motorbike? 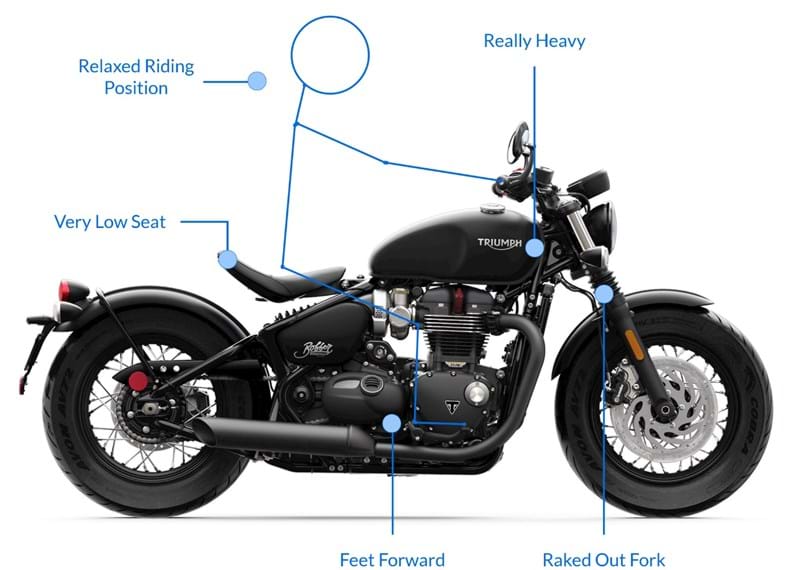 Cruisers tend to have a very relaxed feet forward riding position with the body upright or leaning slightly back, a very low seat, large rear tyre, raked out fork and engine focused on low down torque rather than top end power however they tend to be really heavy.

As such the power figure will often look at odds with the size of the engine, for instance "only" getting 150bhp out of a 2.3 litre engine in the Triumph Rocket III.

They are more about looking and sounding good at low speeds than getting from A to B as fast as possible and getting your knee down in the corners although they will also munch motorway miles with ease.

Power is often sent to the rear wheel via a belt drive system, rather than the traditional chain and the plentiful low down torque also allows a more relaxed approached to gear changes.

They will also often have most of the dash on top of the tank rather than mounted behind the handlebars although some models go for both options with a split dash.

In the USA cruisers are the most popular style of motorbike by some margin with Harley Davidson being a main player. Other names for them include choppers and power cruisers.

Bobbers (short for bob jobs) are a style of bike within the more general concept of cruisers. They tend to have a fixed rear frame with no suspension and a single seat attached to the frame via 1-2 shocks.

It keeps the rear of the bike really clean but is obviously not very luggage or pillion friendly. Recently Triumph have cunningly bought back the bobber look with the Bonneville Bobber Black by hiding the usual rear suspension under the seat.

Ducati, on the other hand, have worked out how to make a bike with cruiser styling and performance like an outright sports bike with the XDiavel.