The 2017 BMW R nineT is a premium retro motorbike which has massive potential for customisation and is a minor update to the original 2014 model. 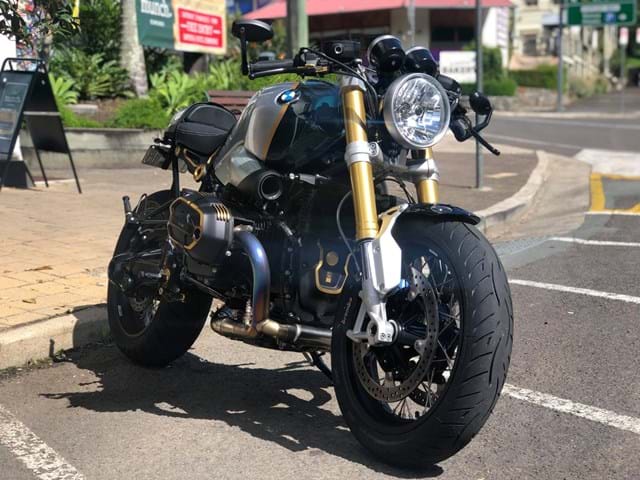 How a Bravarian Named Brunhilde Caused My Breakup

I wasn’t looking for a motorbike. I didn’t need one, I had one. I had a bike I was perfectly happy with and that ticked the boxes I need to have ticked. Barely two years old, my Triumph Thruxton R did everything I wanted and looked fantastic while it was doing it. I was content.

Then one day while dropping my car in for a service, I decided to wander through the showroom. I looked. I found myself taking a great deal of pleasure walking among them. I heard myself talking to the Salesman and booking a test ride..wait! What?

“Relax” I told myself, “it won’t measure up to the Thruxton R. You’ve seen all the comparisons, chill.”

And I was right it didn’t. The R nineT Racer that I took for a ride was sadly lacking in so many ways. So confidently I thought “well there’s no harm in having a lash with the lot of ‘em is there? Where’s that R nine T then?”

The range topping R nine T model that I selected was simply beautiful to look at; the Option 719 Pollux Metallic / Aluminium paint scheme is stunning.

From the moment I sat on the 2018 R nineT, I was starting to realise I had made a terrible mistake. Sitting with booth feet flat on the ground, I’m 178cm on a warm day, I noticed that the bike has a very planted feel. The impression of heaviness caused by the airheads taking centre stage isn’t real. The bike is easy to move around and in fact due to the low centre of gravity, caused by the airhead boxer engine, feels amazingly light.

Despite the aesthetics this is still a bike designed with a heritage brief. The options on this bike take it up from the remainder of the family as it has both a tacho and speedo, a gear position readout and heated grips. 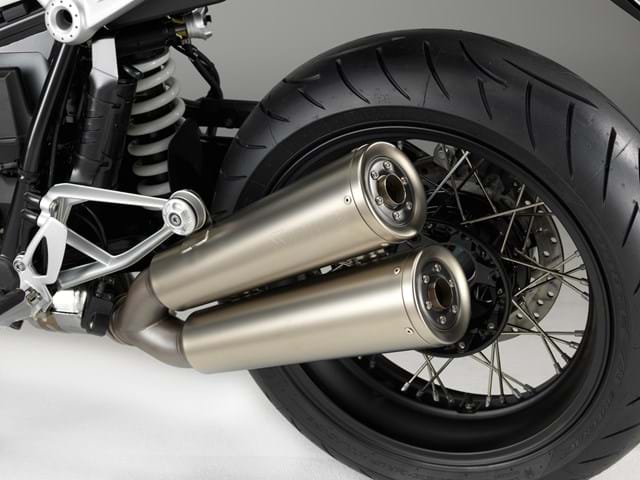 Initially I found the bike surprising and disappointingly quiet but the Euro 4 requirements drive that outcome. The usual post delivery modifications can unleash the beautiful and unique boxer noise.

The ride is a mixture of sublime handling with the bike tipping in and rolling out of every corner effortlessly. This is offset by suspension that requires tweaking to work effectively.

The upside down forks are adjustable in compression and rebound and can be tuned. However the rear mono shock whilst adjustable, is stiff and overly harsh. Again, this can be overcome and depending on the rider weight some may find it okay in stock form. At 85 kg it is too stiff for me solo.

I found myself laughing as I rode this bike, it is fun. Great gobs of torque and silky handling make it so enjoyable to ride. As I rode back to the dealers, I looked at my Thruxton sitting there eagerly awaiting my return. I found myself looking away so as not to telegraph the betrayal that was about to unfold. I had drunk from the BMW Motorrad cup and I liked it. ABS is standard and the Brembo stoppers do exactly as you expect them to. In stark contrast to the Thruxton R that requires an initial pull, followed by a second. This was certainly my experience and from what I have read, that of many other owners based on various online forums.

This bike also had the ASC traction control option and both it and the ABS are independently switchable, meaning you can have both on, none on ore either on singularly. Brunhilde as the bike became known, now sits where the Thruxton once had and I don’t regret it for a moment. The Thruxton was a hipster with a man bun, drinking craft beers.

Brunhilde works in Munich, will fetch several 1 Litre beer Steins in each hand and looks stunning as she does it. The R nine T has unique qualities, some serious capabilities and an aesthetic that sets it apart from the the field.