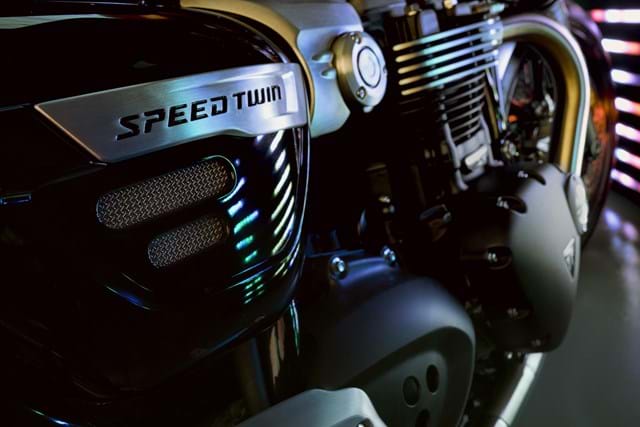 If you own a small or middleweight motorbike, there’s a strong change you’re riding a bike powered by a parallel or inline twin cylinder engine.

While Italian manufacturers may have preferred a V configuration, along with various Suzuki models, the straight twin motor gave rise to the British motorbike boom of the post-war 1950s. And it’s now undergoing a modern resurgence.

Things started well for the straight twin engine. It was used in the Hildebrand & Wolfmuller in 1894, which was the first production motorbike.

Compared to a single cylinder bike, it was faster, with a smoother power delivery and it was also cheaper to produce than the V-twin or flat-twin alternatives.

The power and torque of the parallel twin was put to spectacularly good use in the 1937 Triumph Speed Twin 5T. The success of the bike and the 498cc engine, putting out 27bhp, led to three decades of four-stroke twin engine British motorbikes from Triumph, BSA, Norton, Arial, Matchless and AJS.

Only the arrival of Japanese manufacturers with three, four and even six cylinder engines finally caused the decline of the parallel and inline twin motorbikes in the mid-1970s.

The only exception was in smaller capacity motorcycle racing, where a tandem twin design using a crankshaft for each cylinder was used by Kawasaki for the KR250 and K350, with the later winning four world championships from 1978 to 1982.

The same tandem design also appeared in the Rotax 256 used by various motorcycle constructors in 250cc Grand Prix racing, including Aprilia in 1985.

Moving To The Mid-Range

As larger, faster inline-four cylinder power took over the more desirable end of biking, along with big capacity Italian V-twins, the straight twin became known as a humble, everyday engine.

The fact they were small, simple and cheap to produce made them the choice for the everyday commuter bikes which appear in every manufacturer's range. The downsides were more vibration compared to alternatives and the fact that relatively little development took place to improve the technology.

As a result, the parallel and inline twin is most often described as ‘humble’. It’s found a place in a range of extremely popular bikes, including the Honda CBF500 and Kawasaki ER-6n you might have ridden for a Direct Access test a few years ago. It also powered the BMW F800S and GS range, along with the modern retro Triumph Bonneville.

For slightly older motorcyclists, or those contemplating a modern café racer custom, the parallel twin also powered the Honda CB250N and CB400N Super Dream. 40 years after the Triumph Speed Twin, the 250cc Honda produced a similar 27bhp, with the larger model achieving 43bhp and a top speed of 103mph. Not the most exciting bike ever produced, but hugely popular. Especially when learners were able to ride any bike under 250cc until laws changed in 1983.

One reason is that stricter emissions laws are forcing the end of many big single-cylinder motorbikes. And that’s combined with a general fall in the global economy which means manufacturers have adopted a similar approach to car makers by using the same engine and parts across different styles of motorbike.

It’s easier to fit a parallel twin engine into several different styles of bike due to the fact they’re economical and versatile. Changing the final gearing can transform it fairly easily from a cruiser application with plenty of torque to a high revving sports machine.

Also the fact that the engine is much shorter than a V-twin means it will slot into a range of different motorbike chassis fairly easily.

The final reason is down to the cult classic Yamaha TRX850 of 1995. It was never a big seller at the time, but it was the first production motorbike to feature a 270° crank.

Without going into the full details, older twin cylinder motorbikes featured a 180° or 360° crank. Both gave a similarly lumpy power delivery similar to a single-cylinder bike, but the 360 design fired more quickly to mask the imbalance.

By using a 270° crank you essentially get the feel and sound of a V-twin engine. So you get most of the smoother power delivery but you get the cost, weight, size and maintenance benefits of the twin layout.

That’s why you can now find 270° parallel twins in the Triumph Thunderbird and Thruxton 1200, the current Honda Africa Twin, CB500 and NC700 ranges, and the Royal Enfield Interceptor 650.

The KTM 790 Duke also has a similar set-up to mimic the Austrian firm’s 75 degree V-twins and Yamaha has returned to the twin for the MT-07 platforms, alongside the Kawasaki Z250-650cc range.