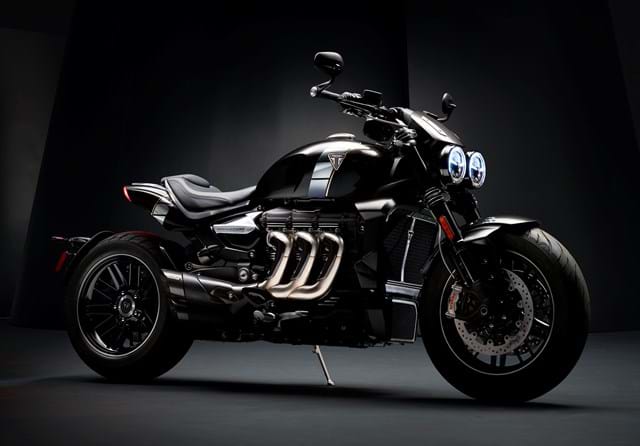 If you want to stand out in the motorbiking world, buy a three-cylinder "triple". If it’s a modern motorbike, you’ll have the choice of the Triumph range, the Yamaha MT-09, or something expensive, exotic and Italian.

Despite most manufacturers dabbling with the design at various times in the past, only the revitalised British bike firm has focused on the three cylinder layout.

The origin of the three-cylinder motorbike engine goes back to 1932 and Moto Guzzi unveiling a 500cc triple. The logic made sense, as adding an additional cylinder meant more power and less vibration than a twin or single cylinder motorbike.

It was still narrower than moving up to an inline four and it provided a compromise between the tendency of low-down torque from two cylinders, and high revving power from four.

Triples are also inherently easier to balance, which tends to result in smoother power delivery. The outer firing order takes care of each other, with the middle piston negated via a balance shaft. Which begs the question why other manufacturers haven’t developed a range of triple engines alongside Triumph?

Back in the 1960s, the triple advantages over twin-cylinder machines gave rise to the dominant 349cc MV Agusta which immediately started winning races. At the same time, British bike makers were struggling to create larger twin engines, particularly for the American market.

Excessive vibration and unreliability led to the answer of the extra cylinder, and the birth of the Triumph Trident and BSA Rocket 3. The Triumph was fast, handled well, but had an unfortunate tendency to leak oil. And it was also up against the cheaper Honda CB750, which was easier to live with, particularly as it had an electric starter.

The fact that the Kawasaki H1 became nicknamed ‘The Widowmaker’ due to concerns over the chassis (which was actually down to suspension issues), and weak brakes, probably didn’t help promote three-cylinder motorbikes.

The two-stroke triple efforts ended due to a combination of tighter emissions laws and constant improvements in four cylinder bikes. The entry-level BMW K75 four stroke 740cc ran from 1985 to 1995, but that was about it.

The relative rarity and distinctive growl of a three-cylinder motorbike engine did lead to an Italian resurgence. MV Agusta had an obviously historical reference when they created the F3 800 and Brutale. Benelli also joined in with the TNT899 and TNT R. But for a great triple experience at a reasonable affordable price, it really comes back to Triumph.

While the British firm might have a range culminating in the smoother delivery of the 2.3 litre Triumph Rocket III, the advantages of triples are probably best shown in their middleweight range.

Both the Triumph Daytona 675 and the brilliant Street Triple showed that three cylinder engines combined performance to match anything comparable, but with added character. It’s not surprising that the 675cc naked middleweight quickly became the best-selling Triumph model.