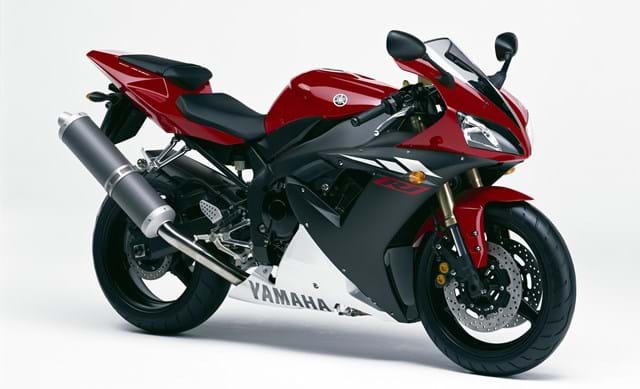 To compete with the Fireblade the R1 team set out to create the lowest weight, highest power and most compact bike they could. The result, although technology-wise pretty similar to the FZR1000, was the Genesis powered R1. The 3-spoke 17" wheels take a 120/70 tyre at the front and 190/50 at the rear.

Designing the cylinder and crank case as one proved to be stronger than traditional bolted together designs and the entire engine became a stressed member of the frame.

To achieve the maximum compactness they designed the crankshaft, drive shaft and main shaft in a triangular layout, making the engine shorter and contributing to the short 1395 mm wheelbase. This combined with the long swingarm set the standard for stability and traction in the class.