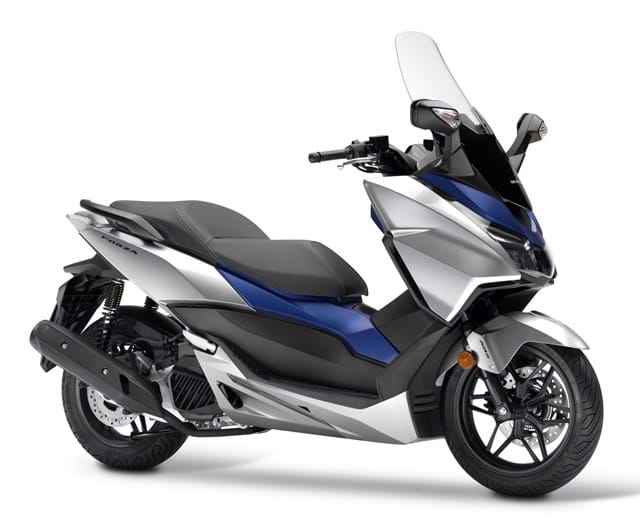 The Honda Forza 125 is a learner friendly premium maxi scooter and is powered by a liquid cooled 124.9 cc single cylinder four stroke engine, producing 14.8 bhp at 8,750 rpm and maximum torque at 8,250 rpm. It was one of the best selling premium European scooters in 2016.

Depending on your preferences the idling stop system can be turned off from the right handlebar, but when active will stop the engine after three seconds of idling and re-start it as soon as you twist the throttle. It's also smart enough to monitor the battery and turn itself off if the charge is getting too low.