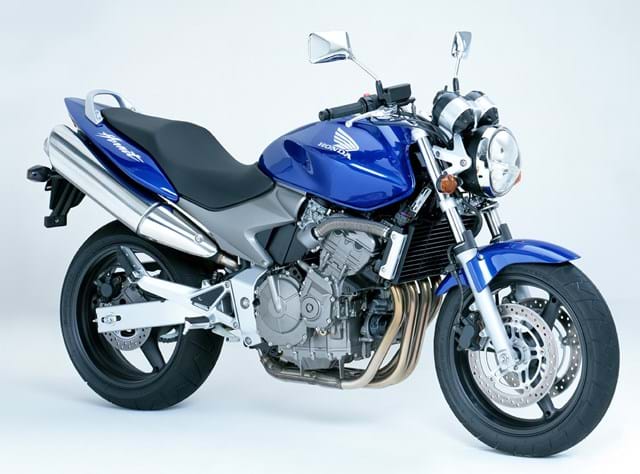 The bike is a bit of a hybrid, with the engine and design theme from the CBR600F Jelly Mould and tyres from the CBR900RR Fireblade. The engine has been de-tuned to offer more power lower down and a bit less at the top, resulting in a boost of day to day usability.

The main difference between the two however is the mono-backbone frame of the Hornet whereas the CBR uses a perimeter frame. It shows off the engine really well, which is a stressed member of the frame and there's even a 3 litre storage space under the seat.

2003: Changes include the seat being re-contoured to move the rider 15 mm forward, the tail tidied up, the exhaust made more emissions friendly, a re-mapped engine, optimised suspension settings, improved headlight and larger 17 litre fuel tank but weight is up 2 kg.

See all of the naked models