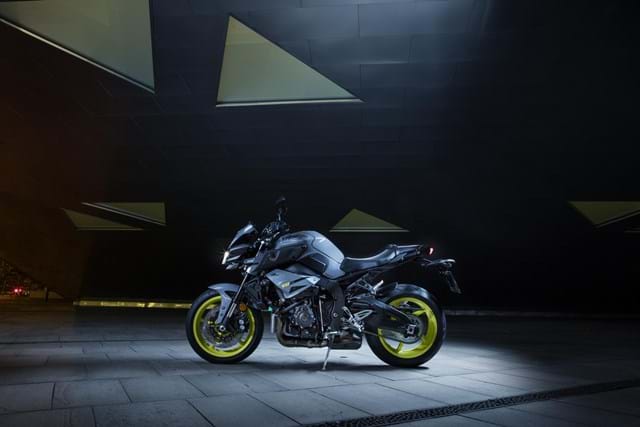 ‟
I love this bike more and more with every mile. Yes it can be ridden in a reserved and relaxed manner, but why would you want to?
”
- Rating: 8 / 10 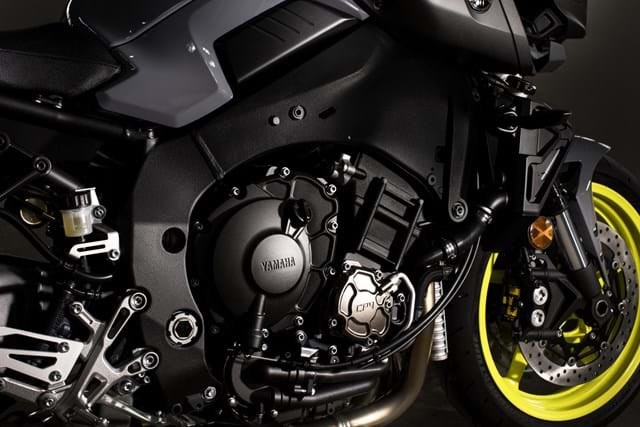 Compared To The R1

First off, the chassis is amazing. This bike turns! It's nimble, responsive and stable. I've had the suspension set and there has been a good deal of adjusting done.

The engine is pretty much what I expected, it feels very similar to my 2009 YZF-R1. Though with this one you can loaf along, let it drop to 3,500 rpm and then just roll it on from there all the way until you need to shift.

You can just leave it in any gear and tool about, roll on, roll off, roll on, roll off. It works really well for riding "The Pace". The sound is a bit different to my R1, but I think that's more the exhaust arrangement than anything else. 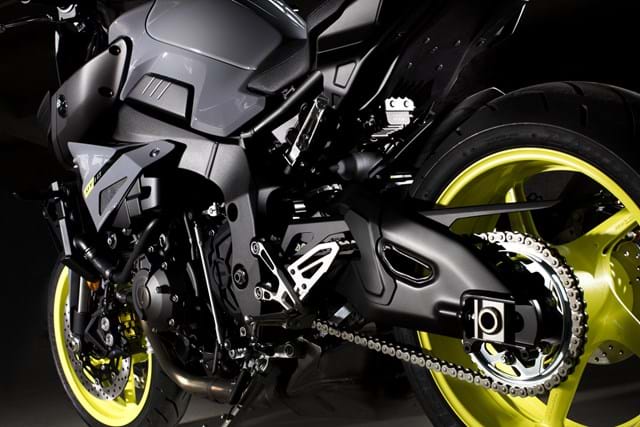 The transmission is buttery smooth on the up shifts, they require almost no effort. Down shifts on the other hand require considerably more pedal pressure and are a little notchy at times. For some reason 3rd to 2nd is the notchiest. All shifts up / down are positive and neutral is easy to get from 2nd or 1st.

The clutch pull is light and the throw is similar to the FZ1 Gen II but not as long. The technique I'd developed for the Gen II works just as well on the MT-10. Apply a little pressure to the shifter, pull the clutch lever a bit and it snicks right in..... smooth..... 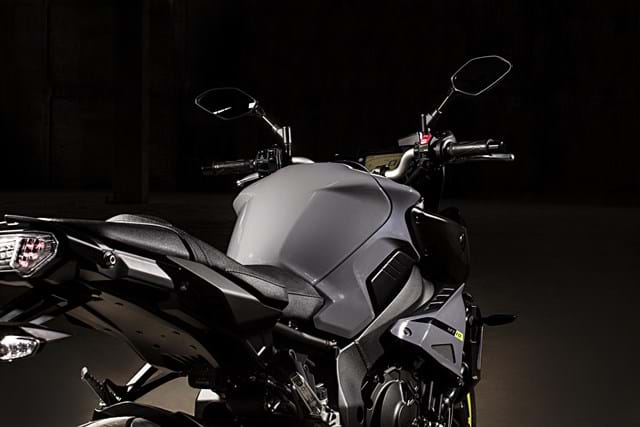 The seat is comfortable, even more comfortable than the Sargent I had. So that's a big plus. It feels about the same as the Gen II.

I also ordered and received the Yamaha comfort seat. It's the best OEM comfort seat I've rested my buns on and it adds a bit of leg room as well.

It's cool that it comes with Bridgestone S20's tyres, which I'm really comfortable with. 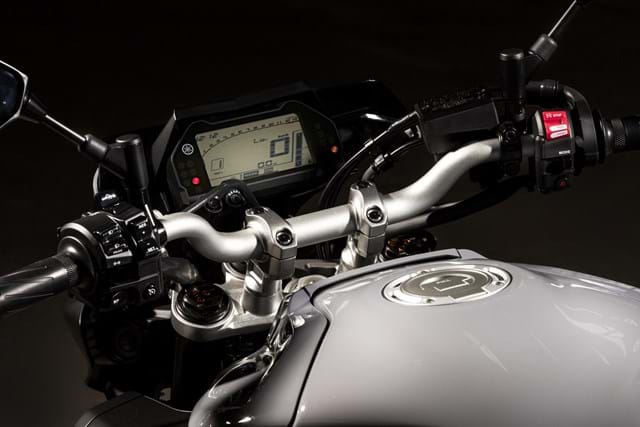 I tried it on the straight portion of a motorway one day. How nice is it to rest your right hand and shoulder!

As delivered the front is very stiff, the rear very soft. I've backed off the preload and compression on the front, added preload and increased the high-speed compression in the rear. Rebound was slowed down front and rear.

It's firm for my 75 kg but it is not Gen II FZ1 soft and never will be unless you change the springs. That said it works very well until the roads get really lumpy, then it's a bit harsh. However, I'd take it to the track as is, no hesitation. 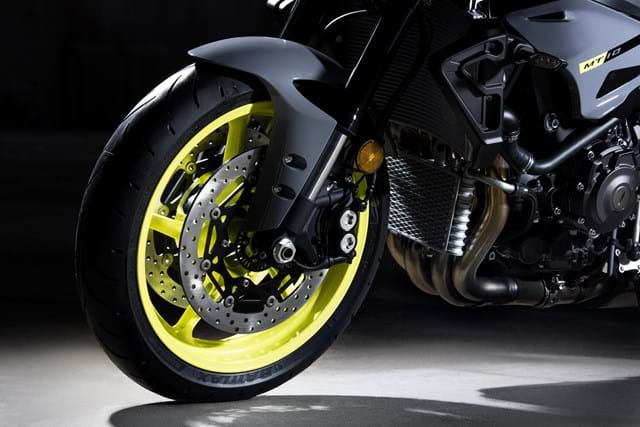 They're damn good but it took a few hundred miles to bed in the pads. They don't have a big initial bite, requiring more lever pressure than you would think, but that lends itself to great feel especially trail braking into corners.

When you really need them, you just grab a handful. I had a couple of opportunities today and they worked very well.

The ignition location is slightly awkward, but nothing is perfect right? Also the little butt stop on the seat is kind of pointless.

It needs an exhaust and a fuel map badly. It's so lean and the off throttle / on throttle transition is a bit nervous but my 2009 R1 was exactly the same. The exhaust and fuel map completely cured that and I have no doubt this engine will respond the same. 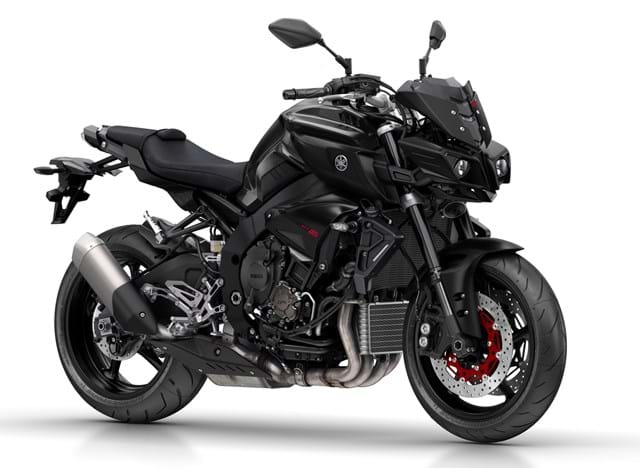 Upgrading To The MT-10

I have recently purchased the MT-10 in tech black. I am currently still running the bike in, 450 miles at present and I sold a 2011 Kawasaki Z1000 naked to buy it.

I have no regrets about buying the MT-10 although I am still to try it at high revs. My 15 year old daughter thinks it's ace and wants to pillion! I would say to anyone thinking of buying one, go test ride one and see! 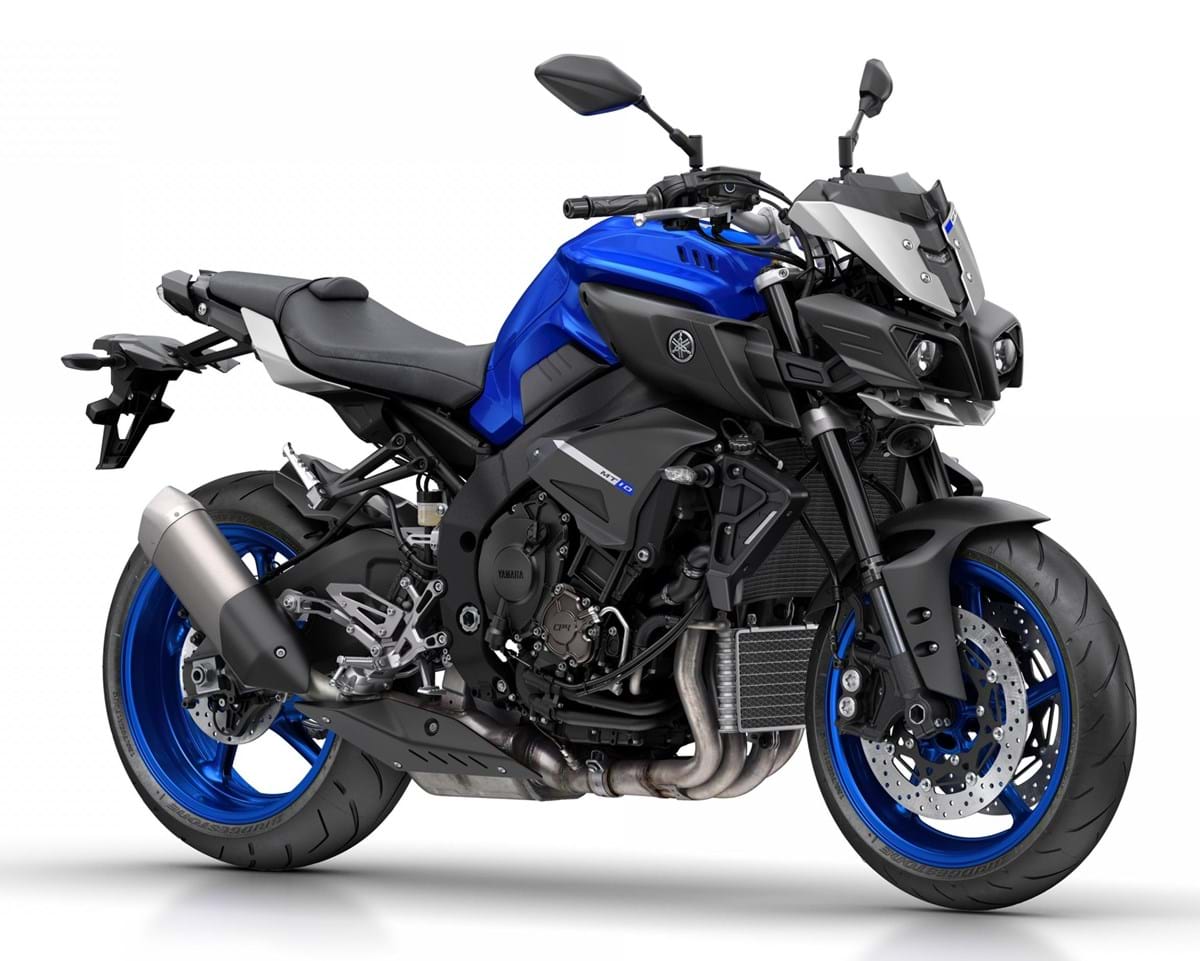 I've had my MT-10 since the first batch were released in the UK and I absolutely love the bike. I mostly ride in the Cairngorms and the occasional 230 mile motorway jaunt.

As standard the suspension is fairly firm but is easy to adjust for the correct feeling.

The power modes are my biggest let down. Standard is just great for everyday riding, A mode is what I switch to for back road riding and B mode just can't really be used, at least by me.

The throttle is so twitchy that mid corner any little upset or bump causes a tiny throttle movement and really upsets the balance.

The tyres are good but I think I'm going to change to a softer racier compound next.

The looks are great but really do require the radiator guard and oil guard. They should actually be standard in my opinion. The options list is okay but I feel Yamaha are very expensive for the extras such as bags.