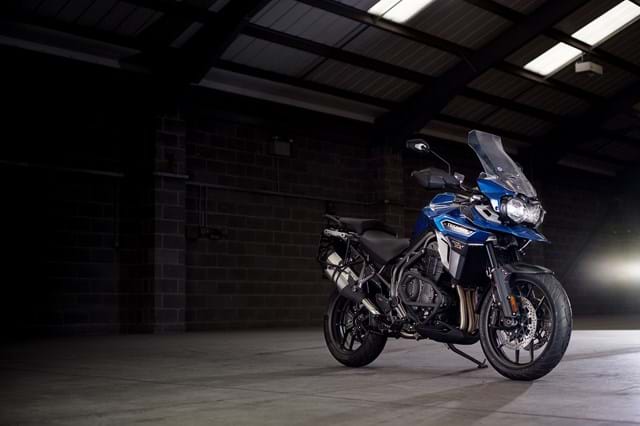 “ A great heavyweight touring bike with abundant power from the triple engine, electronic suspension and screen. ” 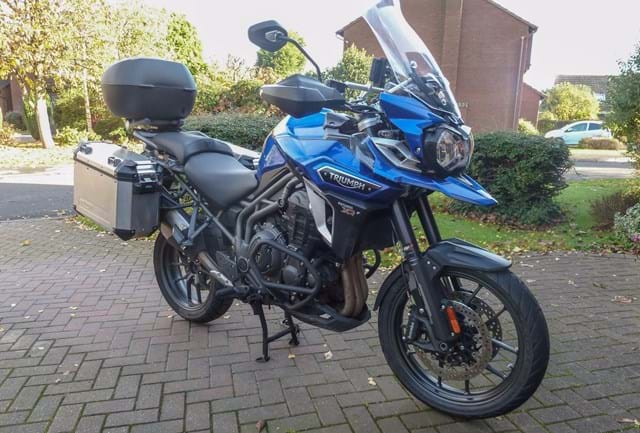 First registered as a demonstrator by Bevan Motorcycles, Cardiff in 2016. Purchased privately in September 2017 at 3,500 miles from the second owner. Has now completed 4,800 miles.

After what seems like a lifetime of multi bike ownership the decision was reluctantly made to reduce the fleet to a single bike that would fulfil our modest need for speed, two up comfort and touring capabilities.

I dismissed the KTM and Ducati options for perceived lifetime ownership costs and the S1000XR for luggage, pillion provision and possible vibration problems. I also didn't want a dirty chain drive so the final shortlist comprised of only a BMW GS and the Triumph.

Being old, impoverished and allergic to the exponential effects of depreciation, the final objective was to find a realistically priced low mileage version of either. 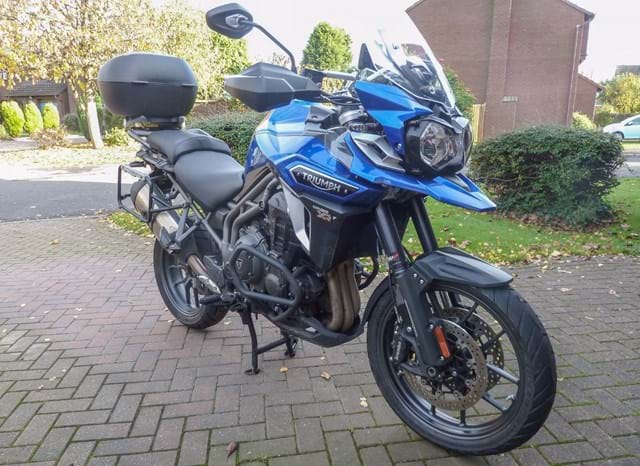 Research revealed that Triumph Expedition luggage is manufactured by Givi, adapted to accept Triumph locks and then modified to suit Triumph designed racks.

The two suppliers mount the corresponding Expedition / Trekker Outback luggage on the same bike. Ten days, over £300 worth of Givi racks and a top box later, plus a small fitting modification, we finally owned the bike we wanted. 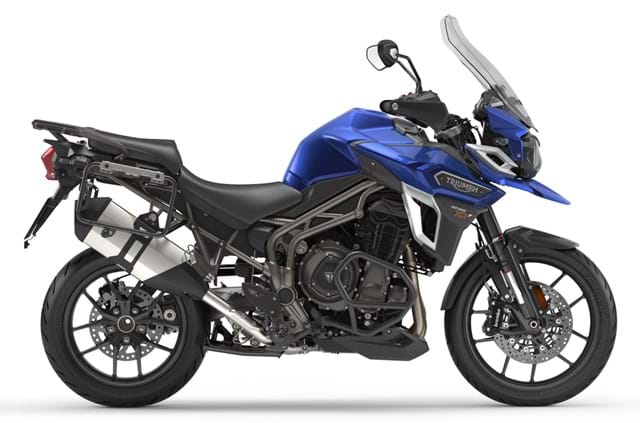 Dynamically, the first notable quirk is the very Citroen like self levelling / height setting characteristic of the semi active suspension which means that irrespective of load the bike appears to retain the same road geometry and not settle down as would be expected from traditional springs and shocks.

Maybe that goes some way to explain the alternative height models. With (very old) 32” inside legs, there are no problems with seat height but you are very aware of the stationary / low speed weight and high centre of gravity, particularly when catching boots against the standard engine bars.

Once on the move the suspension comes into its own and the weight only exposes itself on fast pot holed bends but corrects itself very quickly, and there is a tendency to run wide after over enthusiastic two up roundabout entry.

Nevertheless, the triple engine, claimed by some to be too “buzzy”, is absolutely delightful and the smooth gearbox is light years ahead of the Tiger Sport. The rather bulky final drive is harsh and noisy compared to the Super Tenere.

The 20 litre tank is disappointing for such a long distance tourer, with the warning lamp illuminating at around 160 miles, compared to the ST’s 190 miles.

The huge electric screen and deflectors are a major benefit, although the four screw mounting looks to be overloaded and has already worn out the mounting rubbers.

The heated grips are excellent, hand guards appear a bit flimsy, but the rider controls are less complicated than portrayed in “journo reviews”.

Triumph engineers should be applauded for rewiring stock plastic mouldings to fit all the new control gear, which does take a little getting used to.

Some of the standard stuff on this model, like automatic indicators, hill start, heated seats, engine bars and TPMS, are luxuries that I would not have chosen to pay for, particularly the TPMS which cannot be displayed simultaneously with the more important fuel countdown meter.

The XRT is a great heavy weight touring bike, let down by the dated looks, although the 2018 model is getting the LED lighting this one should have had, as well as the TFT display and maybe a quickshifter.

Triumph Tiger Explorer XRX - One trim level down on the road side of the range.

Triumph Tiger Explorer XCX - The equivalent model on the off-road side of the range.