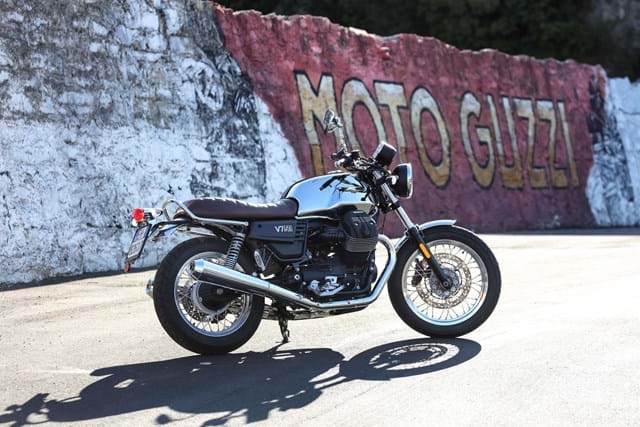 The third iteration of the retro Moto Guzzi V7 launched in 2017 and is powered by a Euro 4 compliant air-cooled 744 cc 90° V-Twin engine, producing 51 bhp at 6,200 rpm and maximum torque at 4,900 rpm. Unusually the engine is mounted transversely and final drive is via shaft.

I decided to buy the V7 before I'd even done a mile on the test drive. This model celebrates the 50 years since Moto Guzzi first launched their V7, it's based on the same engine and frame as the V7 Special with a gorgeous brown leather seat to complement the Chrome tank with a brown leather strap, the spoked wheels and Chrome covers for the pipes complete the look. It's a real head turner. 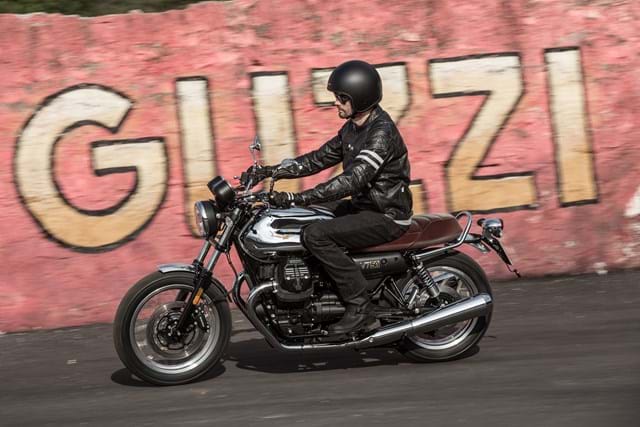 What's New With The III?

The V7 III upgrade from the V7 II included a new chassis and shocks which dramatically improve its handling. I've ridden the Gen 1 and I know which I could do more miles on, especially as the gearbox and clutch really seem to want to help the rider.

There's no extra neutrals to embarrass me as I pull away from the car park that's packed with riders. The 52 bhp is 4 more than it's predecessor and you can tell it's there when you accelerate. 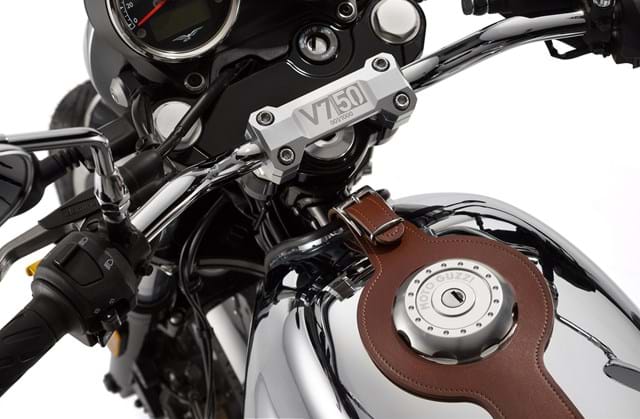 I said it makes me smile and it does. Starting with the build quality, everything is beautifully finished and there's nothing as good as a shaft driven bike for a tidy undercarriage.

The gold eagle badge gleams spectacularly on the tank and handle bars have the limited edition number tastefully incorporated.

The V7 transverse twin takes that smile onto the slightly smug spectrum as the V7 gently thumps, it has a wonderful sound that also makes heads turn.

I'm planning some different exhausts, Mistral's probably when I decide if I like the shorties or slash cuts the best. They enhance the bass note and allow people from further away to enjoy the sound too.

A dart classic screen in midnight tint is on order, not just because it is aesthetically pleasing, but it should provide sufficient wind deflection to make that smile bigger still.

I pretty quickly got Chrome crash bars fitted after losing my footing on a petrol station forecourt and nearly dropping it. I was prepared to sacrifice a little of its good looks to protect the heads but these Hepco and Becker ones frame the engine perfectly as well as protecting it. 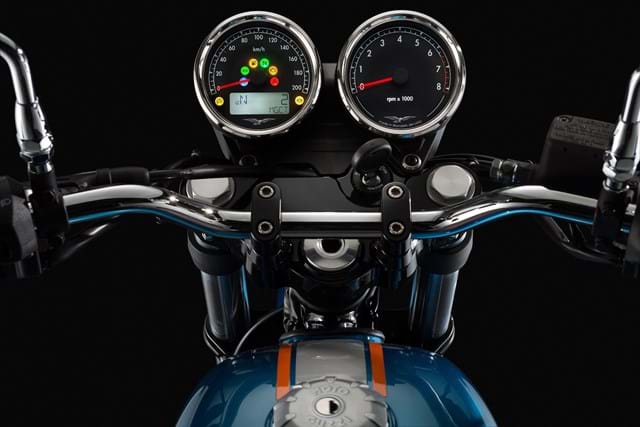 The twin clocks give the Anniversario a balanced symmetry. The rev counter is stylish and the speedo gets all the average calculators and timings that you'd expect from a 21st Century bike but they sit behind the mode switch.

Because the mode switch sits on the right it is tricky to use while riding but maybe that's a safety feature to reduce distractions when riding so I've stopped trying.

My longest ride in a single day so far was about 300 miles and I was a happy, happy girl for every one of them as the ride is smooth, the bike is responsive and the smile is wide. When you check your reflection in a shop window at the traffic lights you award yourself a whole heap of cool points.

To answer an often asked question - it takes no more cleaning and polishing than less chromed bikes.

Initially I was drawn to the V7 because it has a sufficiently low seat for my 5'5'' height but as soon as I threw a leg over and discovered the great riding position I was starting to smile. Some may say the tank is a funny shape but I disagree, it is drawn from the Moto Guzzi racing pedigree and just makes sense, as does having ABS and traction control. 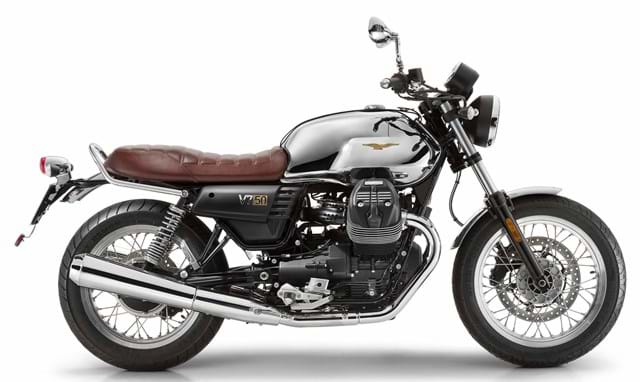 Pushed to name a fault I would say that it's not really a two up bike for a long ride. There's plenty of power for the extra person and the second set of footrests are useful for a short trip but it's tight for two adults for any distance.

I've seen V7s with top boxes with a backrest and I can see that would be helpful to the pillion but not to the look of the bike. I find neutral can sometimes be elusive so it's most easily found while still moving but that is more of a knack than a criticism. 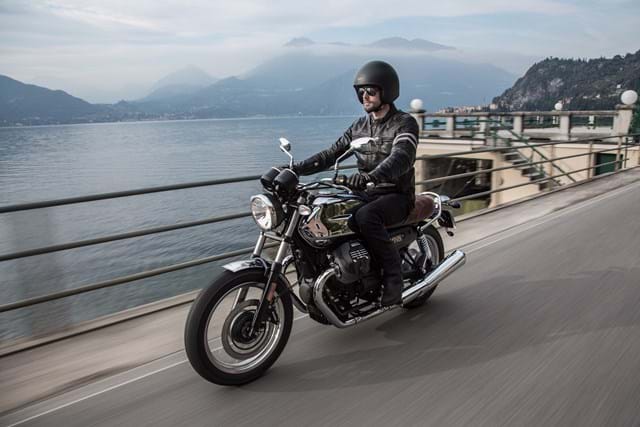 I've done just over 2,500 miles and really enjoy a long ride so luggage is essential. I wanted something to suit the bike and which didn't cost a fortune so I was thrilled to get these Dirt Sacks. They retail for £99 and one bag was enough for me for a weekend.

Wise people say ride your bike your way. So I do, with a smile.