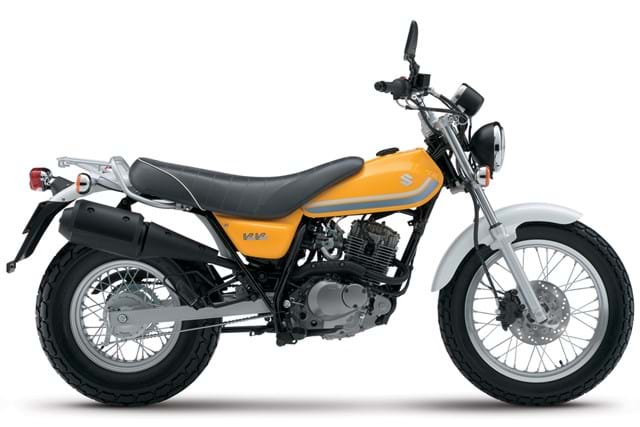 Check out this video review from Scooty Man.

The Suzuki VanVan is a retro style bike with large balloon tyres and is powered by an air-cooled 124 cc single cylinder four stroke engine, producing 12 bhp at 9,500 rpm and maximum torque at 8,600 rpm.

The VanVan has been re-introduced for 2003 with chunky tyres that are great on sandy beaches, light trails, around the farm and soaking up potholes at low speed in town.

It has increased ground clearance, a tool kit under the side panel, wide bars, a small turning circle and even a luggage rack.

In Japanese VanVan means Keep Going On, it's also known as the RV125 and RV means Recreational Vehicle.