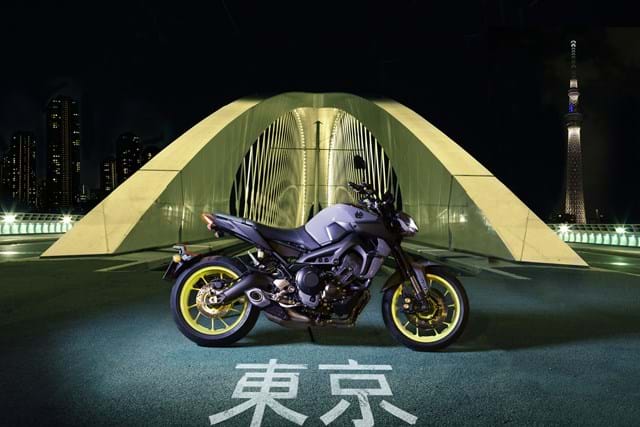 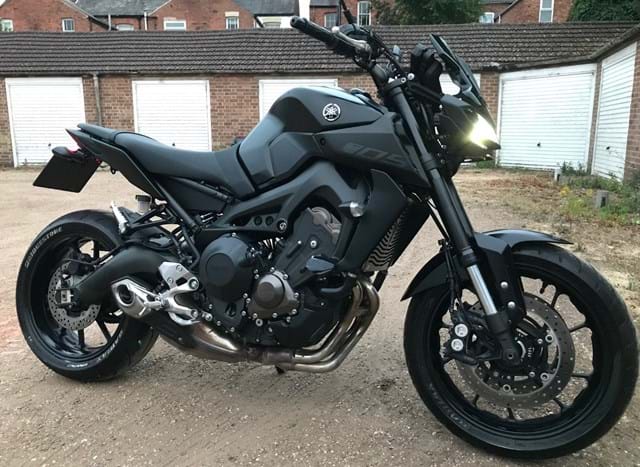 I saw the 2017 MT-09 at the bike show in December 2016 and instantly fell head over heals in love, that Matt black stealth bomber hooligan look had got my attention!

I went home and said to the wife, “I’m going to order this bike when it comes out” and that's just what I did!

In May 2017 after having to wait seven weeks from ordering, I picked up my MT-09 without a test ride, without ever seeing an 09 before, or knowing anyone that owned one.

I rode the bike and was immediately hooked on that stonking triple cross plane motor.

I left the bike as it is for about 1,500 miles before messing with the suspension as I wanted to see how it behaved after a bit of time and familiarity.

I’ve set up the ride height for my weight, altered the fork compression / damping and have found a good compromise, which works most of the time! 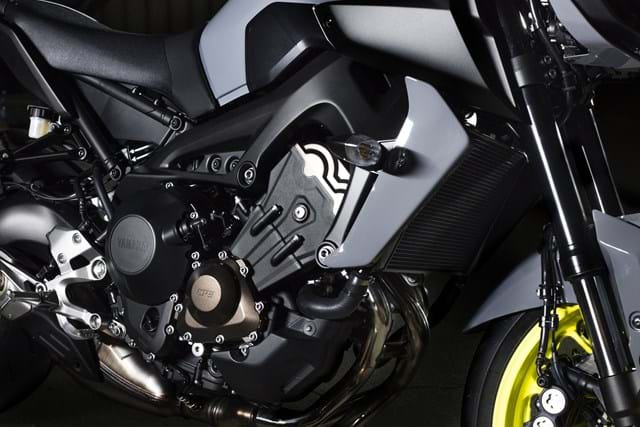 That engine is an absolute diamond, I ride it using the torque through the gears and have no problem leaving the litre boys embarrassed and weeping in their helmets.

There's a 140 mph limiter in 6th but I’m usually so far in front they can’t catch me.

Don’t ride it like a sports bike and it will turn and hold a line; flicking from one side to another with ease.

That low weight of 193 kgs wet makes it feel like a BMX. It can get a little flighty at times, which is under hard acceleration around fast bends or B road tarmac, but it’s an £8,000 bike.

That's £8,000 less than a decent sports bike that will have inherent faults of its own.

The electronics package works well for me. I’ve had the odd blip with the quickshifter in 5th and 6th but seriously can’t fault this bike for £8,000; despite some over sensitive types moaning and wining.

I’m still running the bike with the standard pipe as one of the things I liked was the way the silencer terminated neatly by the foot rest and the arch in the swinging arm. I love the noise it makes in A mode. It also pops and farts on a closed throttle.

I have put a Puig screen on it and it fits perfectly, “pricey” and looks good as well as giving me a bit of protection.

I’ve also fitted the Mustard tail tidy and the fit on that is so perfect; the difference to the looks compared to that awful contraption bolted to the swing arm, as well as the weight saving, is brilliant! 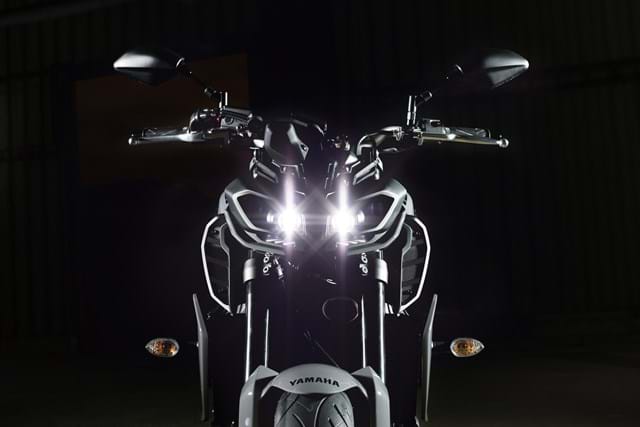 The bike now has 4,000 miles on it and I’ve decided that next year I’d like to change the suspension with some quality gear and a professional set up and a re-map with standard pipe.

Although the bike's stability has never been a concern of mine, I’m going to fit a good steering damper as well so that I can drop the forks a little, as one gripe I do have is; the bike sits up if you give it the slightest touch of front brake in a bend and it won’t turn in! I’d like to sort that without the risk of tank slappers!

The only exhaust I would put on my bike would be the Akrapovic Titanium, but the cost of that with a full re-map won’t improve the bike as much spending £1,000 on the suspension. If I win the lottery then I’ll have the exhaust.

Yamaha XSR900 - Retro version of the MT-09 with a single round headlight and lots of cool detailing. 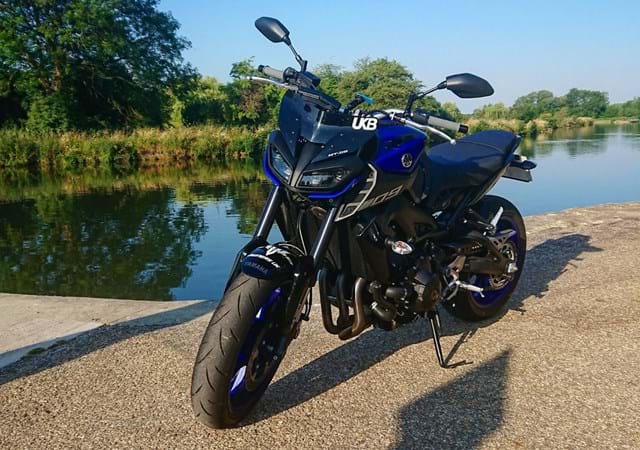 The engine is the bike biggest selling point, it has so much character with bags of torque with plenty of top end power. This means you can be lazy with it using the torque or rev it hard on an empty road, either way you'll be grinning. Add on an after market exhaust so you can hear the engine howl and you won't be able to get enough.

Ergonomics of the bike are comfortable, sat upright with plenty of leg space, I'm 5ft9. The chassis is superb, the bike is very easy to tip from side to side and is easy to hold a line when lent right over.

The rear shock is soft if you're over 80kgs, but it's not too bad. I personally haven't had any issues with the front end but I'll probably replace the shock in the near future to match my weight and for a pillion.

Brakes could be more powerful, but they're more than adequate. I've had an ECU flash to accommodate the new full exhaust system and the bike now breathes and performs as intended without the Euro 4 suffocating it.

Couple more downsides, one is that the on / off throttle is a little snatchy, not unbearable, it's something I've certainly learnt to deal with. Secondly is the small fuel tank, on a morning blast or long run I have to fill up at least twice. Costs me £12 to fill the tank from empty.

Overall this is by far the most fun I've had on a bike. Every time I ride it I'm laughing, whether it's lifting the front end because I'm being daft on the throttle, or attacking some twisties, I just can't get enough of it. 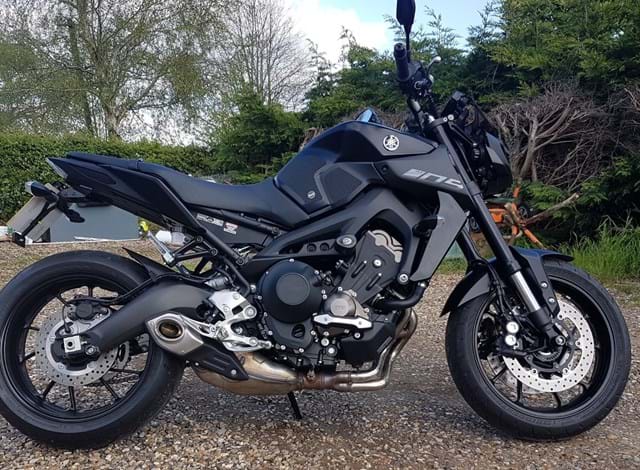 I have covered 7,500 miles since owning it and have now had it remapped, which has improved power delivery and driveability no end. I have also put a new rear shock on, Nitron, which has transformed the bike. A change of exhaust to the Akrapovic has made it noisier!!

I have had no issues with the bike at all. Although saying that I am about to change the chain due to rubber o rings hanging out. For me the bike has been great. Very light on the front end while accelerating hard, so would perhaps benefit from a steering damper.

I really do like the styling of it, the get up and go, the quickshifter for me works very well indeed. With hindsight I think I should have gone for the SP but I wouldn't be able to put my own touch on it.

I have added heated grips and a USB port, both genuine Yamaha, and have found that Yamaha kindly put two spare outlets on the bike for just these add ons. So just plug and play.

The standard seat is a bit firm for me and after 45 mins of riding I had a bit of a numb behind, but the upgraded Yamaha seat is far far better and I have not had a numb bot since!

It has eaten tyres, with each rear lasting approximately 3,500 miles but I do seem to wind it open a lot. And with the remap producing 115 bhp at the rear wheel it's a bit of an upgrade.

I love my bike and would recommend them to anyone that asks. Unfortunately I have no frame of reference as this is my first bike, but it's quick and handles well, even more so with the new shock. I'd give it four stars as it does have a few small issues. 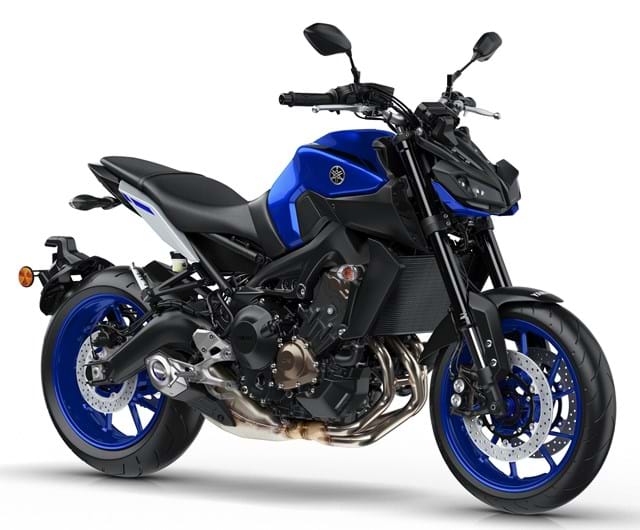 So I’ve had my MT-09 about six weeks and if I’m completely honest I do not have a bad word to say about it. I love the power of the bike, it’s aggressive when it needs to be and I love the look. It’s stylish and very attractive for a bike.

I have a Black Widow exhaust without the baffle, which has a great sound. The riding modes give you a very different style of riding for example if raining you can switch it to B mode which gives it that very smooth throttle, or A mode if it’s a clear dry day and you fancy a bit of fun on the weekends.

I can honestly not fault the bike at all. No bad points from me and that’s a completely honest opinion. Love it :)