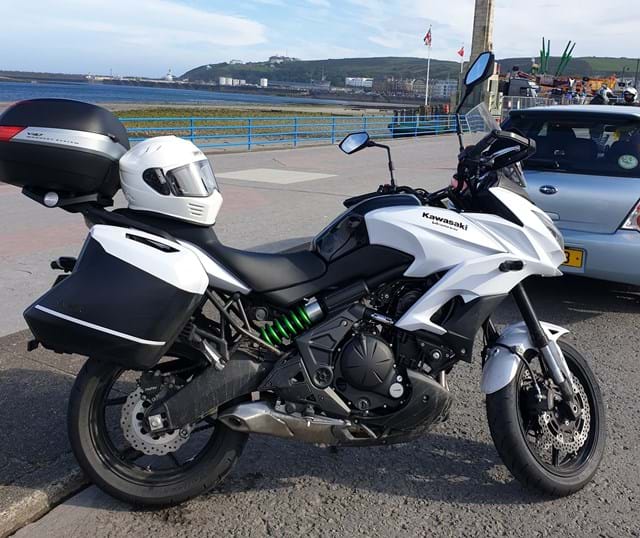 ‟
I've had approximately 40 bikes and although it's not the most powerful, this is not the real story, because the bike ticks other boxes like handling, light weight, acceleration and frugality.
”
- Rating: 8 / 10 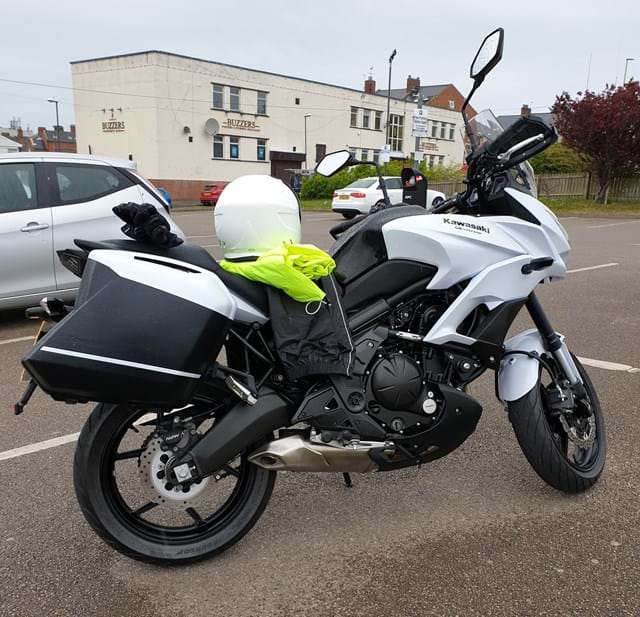 I was planning on taking my previous bike, a Z1000SX, which I had owned for 2 years and which I part exchanged just before the TT.

My first impression of the Versys was the seat height, it's the highest bike I've ever owned in around 40 bikes since 1977!

You get used to the footrest and side stand positions on a bike and have to get used to the new location on your new bike. I found on a number of occasions I nearly came a cropper when coming to a halt and I'm a 29" inside leg.

I've heard reports of riders achieving 220 to 230 miles from a tank but I'm getting just under 200 miles. 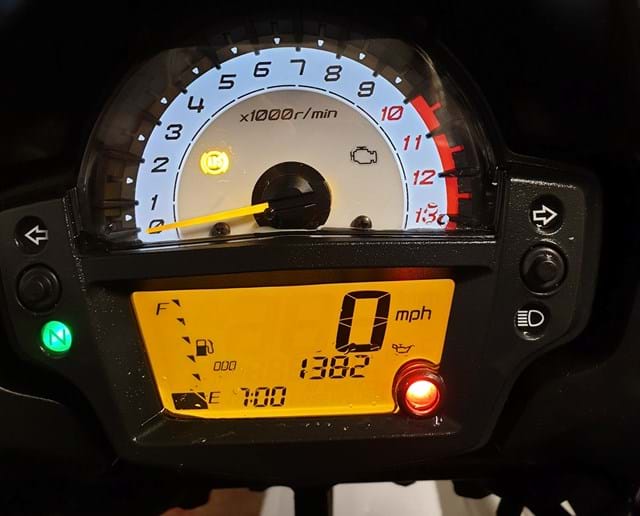 To haul the bike off its stand to a vertical position I find it so light as I'm used to hauling a 1000cc or 800cc off its stand.

Once underway the bike is so light and manageable, allowing you to sweep through corners and flick it around a pothole or similar.

Up to now I have found the seat cushioning to be like a favourite chair and with the wide, high bars it makes for a very comfortable ride.

I covered around 800 miles to the TT and I rode 400 miles in one day to spectator at the Donington Park WSBK round with only the last 40 or so miles making my knees feel uncomfortable.

The brakes will never be as good as on my previous bike but haul the bike's weight up no problem with the added safety feature of ABS. I have already installed a rack, Givi top case and now a green hugger from Powerbronze.

This, allied to the 28 litre panniers should provide an excellent touring machine. I may change out the screen for a wider, taller version but now I'm off to Devon / Cornwall on a tour, so I shall decide upon my return. 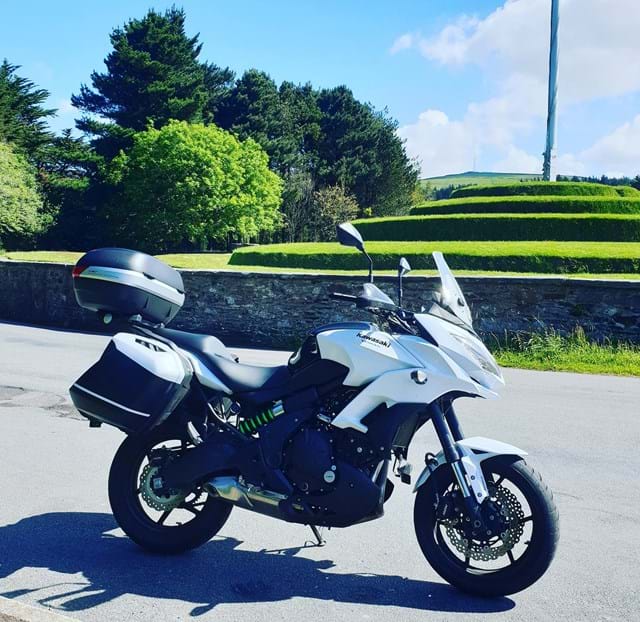 As I mentioned earlier, I've had approximately 40 bikes and although it's not the most powerful, this is not the real story, because the bike ticks other boxes:

I hope to keep it a while and can recommend one to any prospective buyers thinking of either moving up, or in my case, moving down!