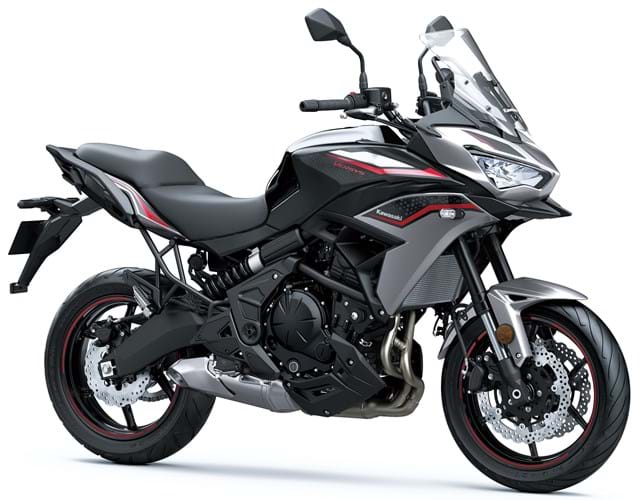 Check out this video intro from Kawasaki.

Compared to the 2015-2021 model there's a modern TFT dash with a gear indicator, new nose styling to match the Versys 1000, an improved screen which can now be adjusted from the rider's side over 4 positions, traction control and LED lighting however it's 2 kg heavier.

To keep the weight centralised and low Kawasaki have kept the exhaust short and under the engine. The panniers fit into integrated mounts so the bike looks clean when they are off.

The name is a combination of Versatile and System. It's also known as the KLE650.