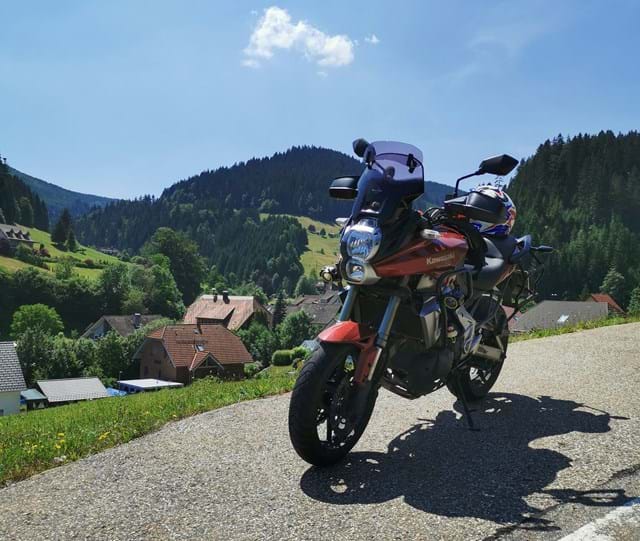 ‟
I must be honest the Versys isn't the prettiest bike on the market but she's tough as old boots and if it's a tourer you want or a reliable commuter you can't go wrong.
”
- Rating: 8 / 10

The Kawasaki Versys 650 is a mid-range adventure bike and is powered by a liquid cooled 649 cc parallel twin engine, producing 63 bhp at 8,000 rpm and maximum torque at 6,800 rpm.

I bought my Red 2011 Kawasaki Versys second hand in 2018. After previously owning the ER6 a few years before I knew everything to look out for, which is one of the main reasons I bought the bike. They are pretty much the same apart from the riding position and the fairing.

The main reason I bought the bike was because I had a couple of years off bikes and after a bad break up decided I want to go travelling.

Just before I set off travelling I took it to the mechanic I use, he told me it was solid and in very good condition. So off I went on my trip!

I spent five weeks on this bike travelling from the UK to Belgium, Luxembourg, Germany, Austria, Slovenia, Croatia, Italy and back through France.

I camped the whole time so the bike was heavily packed with panniers etc and this didn't effect the Versys at all! It took everything that was thrown at it. Twisty Alp roads, rough bad roads, heavy rain and winds, being dropped and my general abuse. 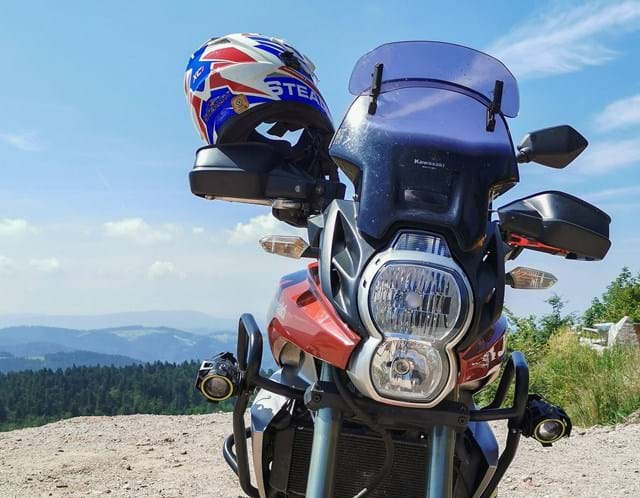 I've had the bike now for over a year, have done a couple of small trips as well and the only issue I've had is a puncture in France!

I must be honest the Versys isn't the prettiest bike on the market but she's tough as old boots and if it's a tourer you want or a reliable commuter you can't go wrong. This bike is an amazing all rounder, it can be a toy, a serious tourer or a little plodder on those rides to work.

In conclusion, if you're looking for basically anything in a bike, except a crotch rocket obviously, the Versys is definitely worth looking at. I had intended on selling it after I got back from my big trip, but sort of fell in love with the old girl and look forward to taking her away again next year.

Check out this really useful video review from Vegan On A Versys.