“ The CBR125R is a great looking all rounder and a good starting point in the two wheeled world. ” 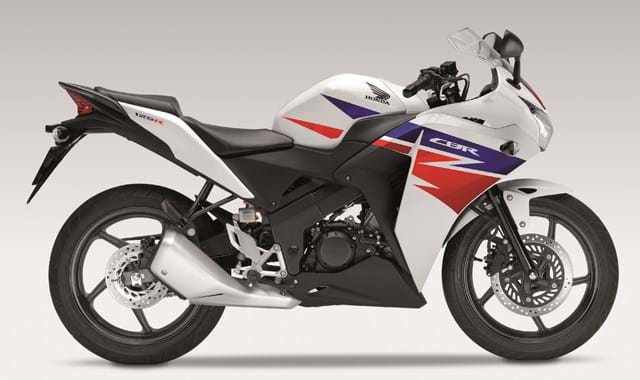 The CBR125R is Honda’s learner legal addition to the CBR line up. It allows the learner to have big bike styling and Honda build quality from their first bike.

True, the price point may put off a few of the younger riders - the CB125F is around £1,000 less - but I suppose it could be said beauty comes at a price!

When compared to other faired 125s like the KTM RC125 and Yamaha YZF-R125 it is very reasonably priced.

They are straightforward and uncluttered, however as with a number of Honda models, the horn button is a bit too close to the indicator switch. This leads to some rather amusing moments at junctions or when changing lanes!

There is no kill switch fitted, but the CBR125R does have a tilt sensor, so if you do have an off, within seconds the bike will realise it has gone over and the engine cuts out.

The display is straightforward, with a digital speedo and manual rev counter. Indicator and neutral lights are all clearly visible from all angles plus the fuel gauge and clock are easy to read.

Some learners have argued that a gear position indicator would be a benefit - but I have found no issues when riding without. It just teaches you to listen to your bike and learn about its gear ratios. It's very easy to then identify from the speed and revs which gear you are in.

Underseat storage is located under the pillion seat and is big enough to stow your lunch but not much else. The seat is lockable, so using the supplied helmet loop which hooks into this compartment, means securing your lid to the bike is a nice touch on a novice machine.

Seat height is 795mm, so will appeal to a broad range of riders. The seat itself is very comfortable, even on long rides and the seating position means a nice balance of weight between your hands and feet. 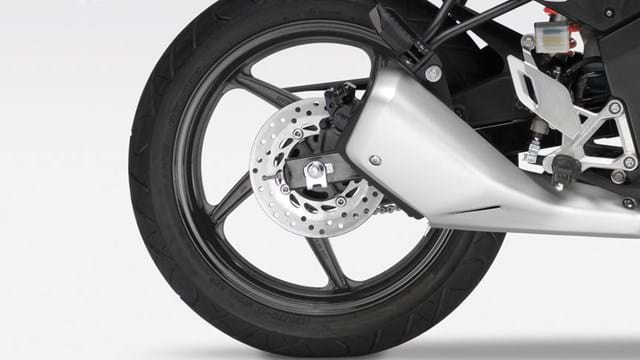 The CBR125R is a doddle through town. First gear can be a little harsh, so it is sometimes better when in crawling traffic, to bump it up into 2nd and feather the clutch.

It's not a particularly wide bike, so those riders who are inclined to filter will have no issues there.

Out of the city, the bike can take on twisty A roads no problem, with smooth acceleration and a confident rider position. Just watch out for crosswinds catching the fairing and prepare to knock it down a gear or two when faced with hills and you’ll be fine.

Night riding isn’t an issue, thanks to the bike light unit up front. The orange - backlit display is crisp and easy to see, without glare.

It's cheap and cheerful and the first service is at 600 miles, which costs around £100. The next service interval isn’t until 2,600 miles, at which point many owners from new may have already ditched their L’s and moved on.

One thing for new riders to be aware of on the CB125R is that it is easy to mistaken think you have released the gear change peg when moving through the gears, but in reality, sometimes the peg hasn’t fully moved.

This can lead to a few heart stopping moments for a learner, when the bike either slips into neutral, or stays put in the previous gear.

It's not the bike’s fault and the best way to overcome this is simple. When you change, listen for the ‘click’. This guarantees the bike has shifted, and you won’t be left in a flap in neutral!

As an introduction to motorcycling, the CBR125R is a great looking all rounder. It's simple to operate, very easy to live with and comes with the notorious Honda reliability.

It might not make the most of the maximum permissible output for the Learner category and may not be the cheapest 125 around, but it does what it says on the tin and is a good starting point in the two wheeled world. 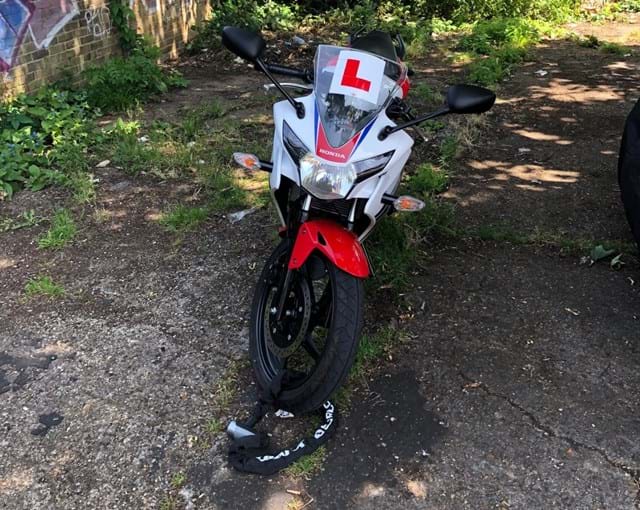 I bought the CBR125R about two weeks after I passed my CBT. I have Dobles, a revered local Honda dealer down the road from me so it seemed the obvious choice to get a bike from there. I’d also done the CBT on a CB125F so it made sense to me.

Annoyingly Honda have now discontinued this model and only have the new CB125R (naked version) on the 19 plates. I had always wanted a sports bike so plumped for this 18 plate with zero miles on the clock.

The gearing ratio is much quicker than I expected and the pick up is more powerful than the F model.

The only thing I will say on the gearing is that in can be a pain to find neutral and one day it didn’t want to find first either so I had to use its low torque power in second and pray it didn’t cut out until I found first again on the road.

The turning and balance is much better than you would otherwise think with the tyre widths and as I gained more confidence I took on some interesting twisty routes home to lean it through some corners!

I’ve turned some heads, probably because it’s something a bit different from the millions of cars on the roads but it’s such a responsive little thing and wants me to rev it despite me not being allowed to thrash it for the first 600 miles.

If you’re a beginner or a commuter, buy it. For god sake buy it. It will bring you the simple joy of two wheels and an engine without ever feeling like it wants to kill you.