“ After completing 3,000 miles on my Honda CB650R, which includes a week of riding along some of the best roads in Wales, I can tell you that this is one of the best bikes I have ever ridden. ”

- Rating: 10 / 10
✓Looks amazing, those pipes, fancy dash, engine, lights, easy A2 restriction
×Dash is only LCD, needs a tail tidy, optional quickshifter is up only

The 2019 Honda CB650R is an A2 licence friendly naked bike with a dash of retro styling and is closely related to the CBR650R sports bike.

Whenever I go to purchase a bike I usually look at the features such as the style, how good it would look in a photograph and this bike ticks all the boxes in that category, the Angel headlight, the short tail, the shape of the tank and engine make this bike a working piece of art.

The power and torque have improved immensely, the kerb weight has also been reduced slightly, making it a bit easier to manoeuvre around corners, Honda have also added traction control to this model which can be deactivated by the flick of a button.

Now I've been riding properly in Wales it has given me the opportunity to test the features of this bike, one of them being the fuel consumption, and as the LCD dash gives an accurate reading it makes my job a lot easier.

By riding economically the bike does 75-80 MPG but of course riding the bike more towards the limits you'll get around 25-35 MPG. At the moment with the current fuel rates it costs me between 15 and 17 pounds to fill from empty and between 18 and 20 using the premium fuels. The reserve tank I haven't tested to the maximum, but I've gone 2 gallons into it which is about 4-6 miles. 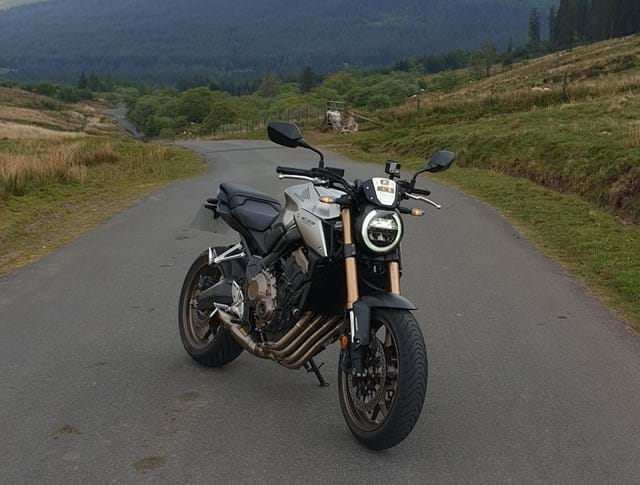 The bike features a full LED lighting system with the headlight, full beam headlight, all 4 indicators, tail light and brake light. The front two indicators permanently stay on when riding, giving you extra visibility to other road users.

I've changed the exhaust system, despite the standard system being one of the best I've ever heard. I still have to put my own on as do most other bikers. I've also put a tail tidy on it as the standard tail looks absolutely hideous; I've actually nicknamed it an aeroplane wing.

Realistically there were only two things I wasn't fond of, one of them being the tail which I replaced and the other is that they have gone back to using a dipstick to check the oil level instead of the glass eye on the side of the tank.

Overall I think you definitely get your money's worth and a bit more with this bike. I would fully recommend taking it for a test ride! 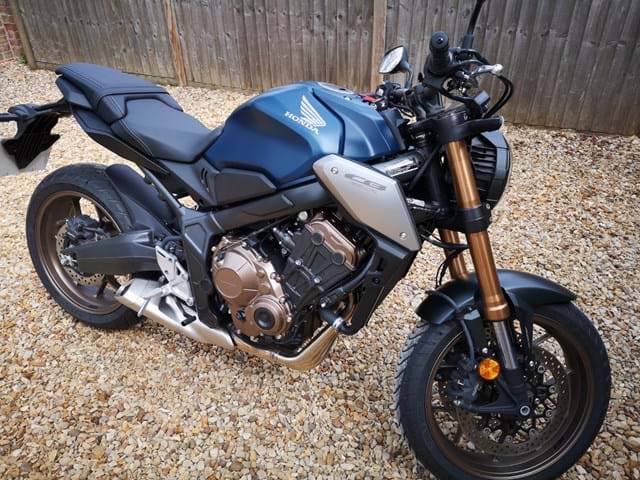 Having passed my Mod One I decided early I wanted a naked and had initially opted for an MT-07, however after a rainy Sunday visit to Vertu Honda Grantham I purchased the CB650R. The traction control and ABS as standard was one of the main factors. As an inexperienced rider I thought it may come in useful.

It's almost the same bike as the CBR650R apart from the obvious fairing omission, slightly less race positioned pegs and a rumoured 5% down on power over 100mph due to the CBR's altered air scoops. 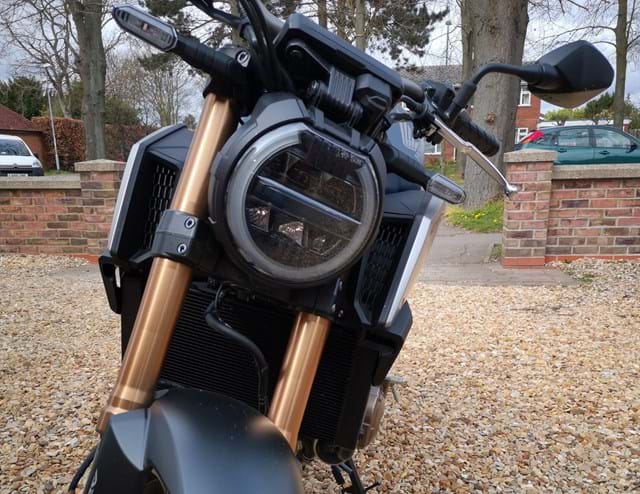 The bike was sold as perfect for all skills. From taking the CBT to passing Mod Two I only had 5 hours riding time on a 15 year old bandit. I was apprehensive about getting on the new bike.

I need not have worried. The slipper clutch is superb and the bike instils confidence. The gearbox is geared long in first and allows time to get composed before needing to find second. The Honda seems to offer flexibility to ride a number of gears and second is fine for 20mph all the way to the top.

The bike is attractive looking however the rear end design is horrendous and a tail tidy is a must. 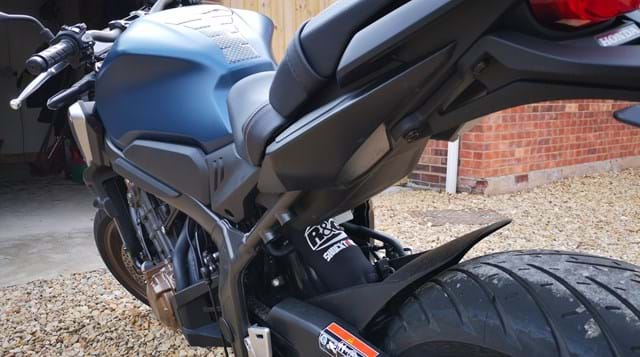 I am confident this bike could be ridden hard, it encourages you to twist the throttle and has the potential to be a hooligan bike.

The bike really hits its stride at about 8,000 rpm all the way through to 12,500 rpm. An adjustable gear change indication flashes white to notify you to change. 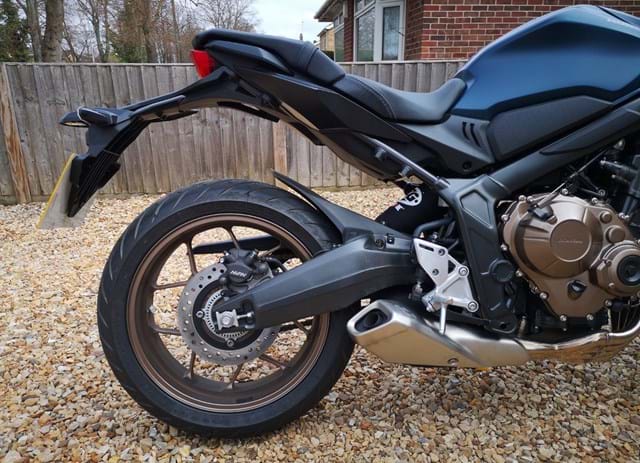 I have done a 100 mile stint on the bike and it remained comfortable throughout. The full LED lighting system is fantastic and the headlight is superb. This is one of the first bikes to have the front indicators permanently on, changing to conventional flashing indicators when used for direction. 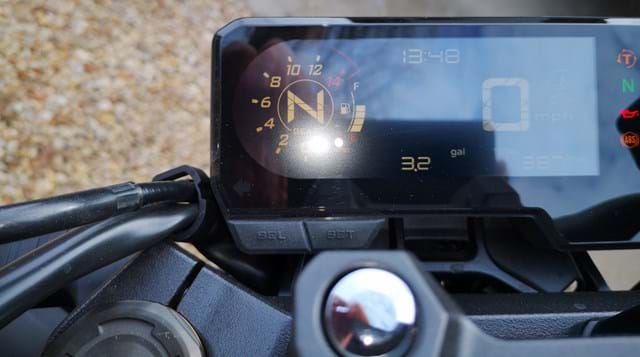 The dash is basic but functional. Gear, rev, trip, fuel gauge and mpg are all visible and clear however a smoked visor does take some of the clarity away.

Build quality is superb. It feels solid, well built and reliable. I managed to get the first service thrown in, worth £129 and due at 600 miles.