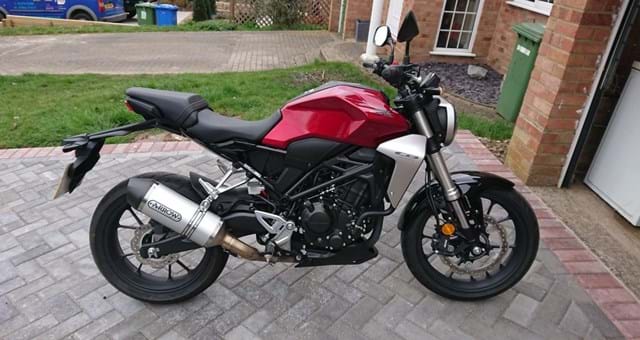 ‟
It's very flickable, good in the corners, has enough power for most situations and will easily reach 70 mph with a bit left.
”
- Rating: 8 / 10

The Honda CB300R is an A2 licence friendly naked bike with a dash of retro styling and is powered by a Euro 5 compliant liquid cooled 286 cc single cylinder engine, producing 30.7 bhp at 9,000 rpm and maximum torque at 7,500 rpm. 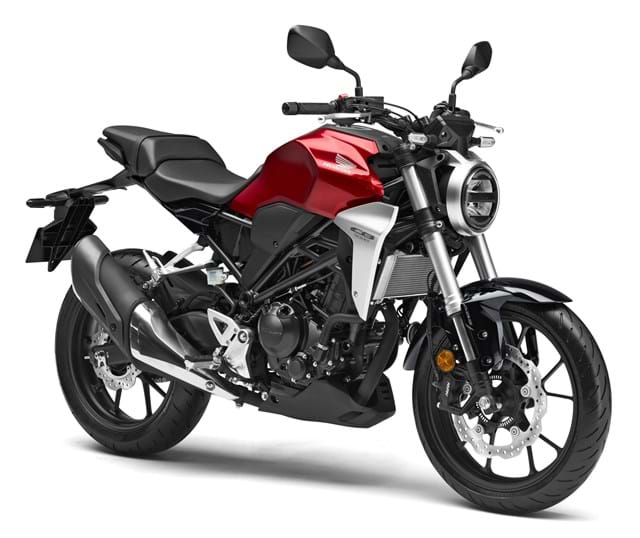 I got into motorcycling late and didn’t take my licence until the age of 60. My first bike was a 2015 Honda CB500X, which I still own and is my go-to for touring, but I am fortunate enough to be able to ride a bike for pleasure, so can take advantage of the mostly empty roads during the week. I'm a member of the Honda Owners Club and also belong to the #ride5000miles initiative.

I wanted something a bit smaller and lighter that I could just hop on and go. I did consider the CRF250 Rally, but it would just be a smaller version of what I have already, plus I can't see me riding green lanes, so I think it would have been a waste. The CB300R is a completely different style of bike and I absolutely love it.

Hatfields, my local Honda dealer where I bought the CB500X, did me a nice deal on the CB300R. I almost bought an ex-demo one, but managed to get a brand new bike for only a little more. 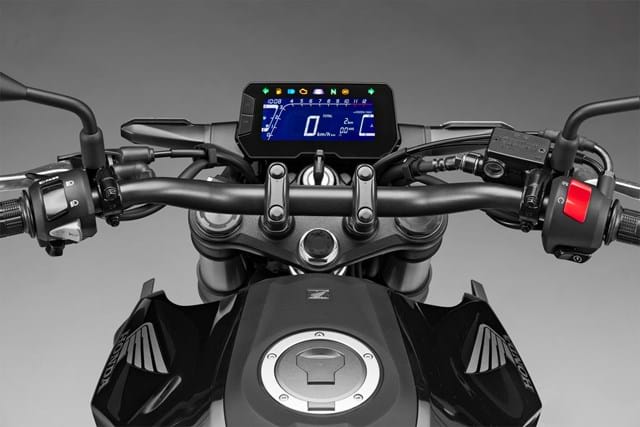 I've had the bike a little over two months, bought in mid-January 2019, just in time for the bad weather. I have still managed to clock up almost 600 miles and it just had the first service, which cost approximately £140. I've taken it out on some very slippy roads and it has been absolutely fine.

The dashboard is a modern LCD, white on black and is easy to read even in bright sunlight. It has speed, fuel gauge, rpm and water temperature. It flashes a white led on the dashboard when it thinks you should change up however there is no gear indicator.

Being a naked bike there isn't any wind / rain protection, but this hasn't been a problem for me so far. The headlight is a very bright LED setup, as is the tail light. The front indicators are on all the time as running lights, flashing to indicate.

The CB300R is very flickable, good in the corners and with enough power for most situations although I don't think I would like to take it for too long a ride on the motorway!

It will easily reach 70 mph and has a bit left. My rides tend to be a maximum of five hours and I have found the seat is okay for this period of time. I have short legs at 30 inch, but don't have a problem with the seat height.

I didn't buy this for power, just as a second bike to basically go out and ride purely for fun. It’s economical at approx 80 mpg and fun. It’s just what I wanted. 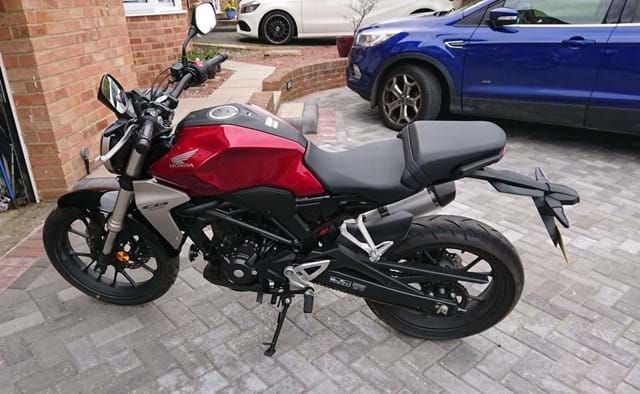 In reality, very little. It would have been nice to have a gear indicator but I manage  and my CB500X doesn't have one either. The stock exhaust is HUGE, so I have replaced with an Arrow after-market exhaust. The tail is ugly in my opinion and it may get changed.

I wanted a fun second bike that didn't cost the earth to buy, maintain or run, with enough power to ride B roads at 60mph and that was a completely different style of bike to my CB500X. I wouldn't use the CB300R for touring, but for day trips it's perfect.

Check out this video review from the chronicles of mr fish.