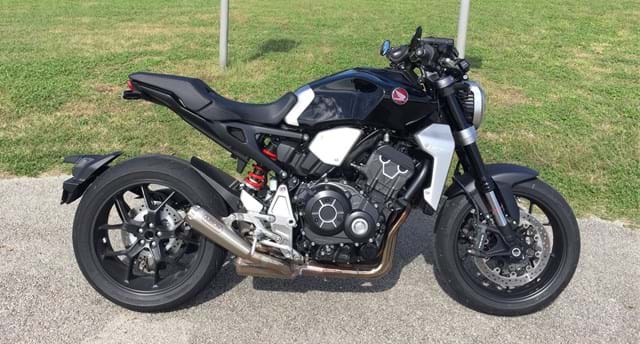 ‟
Yes, it costs more than the Japanese competition but it still rings true that you get what you pay for. Nice job Honda!
”
- Rating: 10 / 10 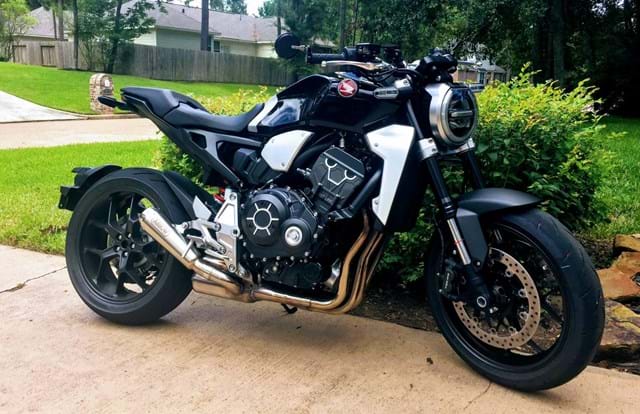 I've been riding for 40 plus years with most of my experience on sport bikes / sport tourers and I currently own two other bikes, a 2003 Honda Blackbird and a 2017 FJR 1300ES.

While I’ve owned quite a few pure sports bikes I moved to the CB from a 2016 Aprilia Tuono and although it's considered to be in the same “naked” segment from a power perspective the Tuono is much more mental.

Before the Tuono I had a 2013 Honda CB1000R for two years, which was also a great bike. Most of my comparisons below are referenced against the Tuono and the previous generation CB. 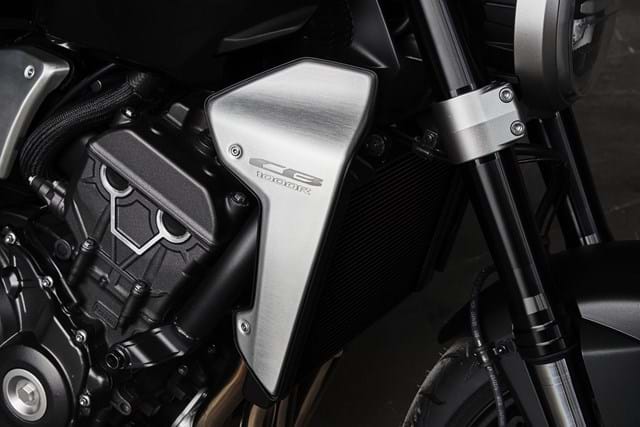 The Tuono requires more throttle discipline given that monster V4 engine. The inline four on the CB is much more forgiving and you have to be more “purposeful” to ride it aggressively. The previous gen CB has more mid-range but is softer on top. The mid-range (4,000-6,000) on the new CB is where it feels soft but I don’t consider it a deal breaker. Running it a gear lower addresses this for me when I want to pull harder out of the corners.

DynoJet, the Power Commander folks, have just started efforts to improve the mapping and the initial results are showing promise. The new CB above 7,000 RPM really starts to shine and likes to be flogged.

The stock exhaust note is pleasant but aesthetically it’s nothing to brag about (fugly). After doing a lot of research I opt’d to replace it with the Arrow GP-Pro which turned out to be a good choice given its great price, looks, weight loss (3 kgs) and gives a choice to run with or without a dB killer.

I ride without the dB killer and it’s quite pleasant sounding without making your ears bleed and quiet enough to not make my neighbours hate me. The butt dyno did not notice any performance loss.

I’ve noticed a lot more companies are now offering slip-ons for the CB. I couldn’t bring myself to pay the Akrapovic cost and I didn’t care for the bulky look and how it covers the single sided swingarm.

My old Panigale was a nightmare for heat. The thermal management was done very poorly and ultimately drove me away from ever owning another Ducati, but I digress.

It's in the mid 30’s at this point. I can get it close to 40mpg when I keep it in standard mode and smell the roses but riding it aggressively puts me around 35. I expect it will improve as I get more miles on the engine.

It’s a Honda and is like silk. It is geared lower than the previous generation but is not annoying nor does it feel under geared when in 6th. Note I don’t have the Plus model so I can’t comment on the quickshifter. I had one on my Tuono which worked very well but don’t miss it. My other bikes don’t have one either so that’s one less thing to think about. 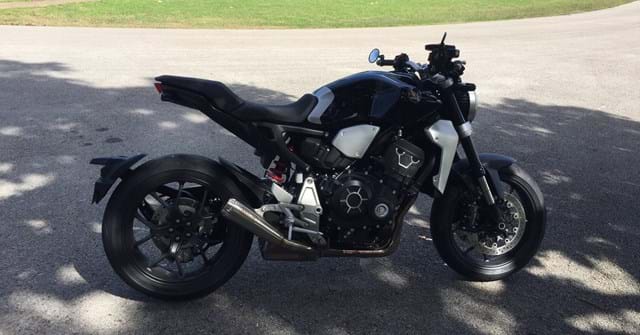 The front suspension is quite good, offering full adjustability and is much improved over the previous generation. The rear shock is still the weak link and comes set pretty soft. I had the suspension set up at a local race shop I use and it made it tolerable for my riding style.

If I was going to do an upgrade, I’d opt for moving to an Ohlins (££). The previous gen Ohlins will work on the new CB but I’ve heard they will have one for the 2018 early 2019. Overall the new CB feels more light and agile, flicking it side to side in the tight stuff is easier than my 2013.

For rubber mine came with Bridgestone S21Rs and I was very surprised with how good they are both in the rain and the dry. Bridgestone has really stepped it up since the BT016 days. I put a set of T31’s on my FJR before our trip to the Smoky Mountains and was very impressed with the wear and how well they handle. 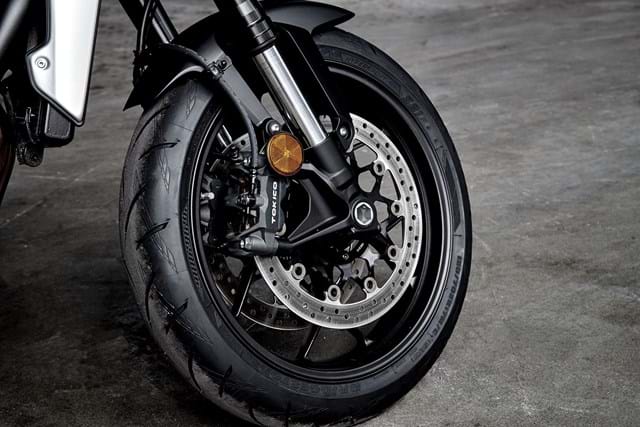 Both the front and rear binders are very good. Front brakes provide a very good controlled feel and no more than two fingers are needed.

The riding position is very comfortable, the handlebars and foot peg position fit me well. Unfortunately the seat turns into a plank after 100 miles and is not much better than the previous generation. The Tuono seat was far better.

I’m getting off about every 100 miles or so for fuel so it’s not a big deal and I may look into an aftermarket at some point but If I’m going to do a long ride I use the FJR.

The indicators are where the horn button usually is, I’ve got used to it but my other bikes have it in the traditional location so I have to adjust when swapping bikes.

The screen is very easy to read even in direct sunlight and you can adjust the brightness as well. It has decent sized fonts for the important information, which is much appreciated for “mature” eyes and it's nice to have a fuel gauge again. Multiple trip meters and various fuel mileage display options are easy to access / change / reset.

On the ride modes interface Honda did a great job. It’s very easy to switch modes to the point where I still find myself playing with them on the fly.

I mostly keep it on User mode and ride with the traction control off, something I would never do with the Tuono, but the CB isn’t the beast that the Tuono is. Standard mode is perfect for around town and stop and go traffic. Rain mode does what its supposed to and makes the throttle hit very tame.

For anyone hesitating to own a litre bike the ability to “grow” into to the power using the different modes can be used as a great progression tool.

I absolutely love this bike and I expect it to be the last naked bike I’ll need to buy. Zero regrets selling the Tuono.

Yes, it costs more than the Japanese competition but it still rings true that you get what you pay for. I can’t wait to do a track day on it. Nice job Honda! 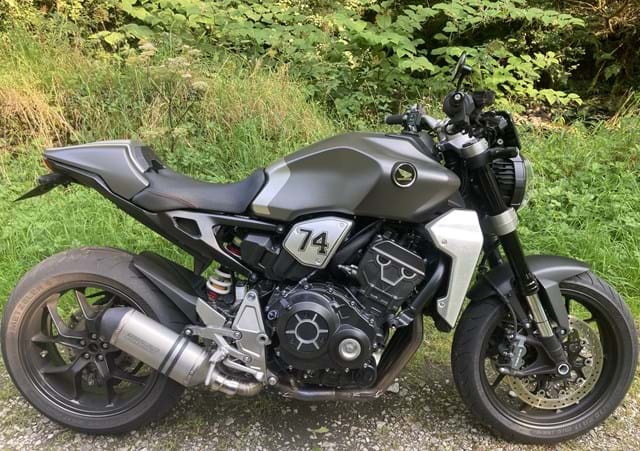 It’s a second bike, something for longer and more comfortable miles than my sports bike. Price played a major factor too, as did looks.

The engine is strong, with a great top end but a bit of a dip low down which the flash fixes. The motor has a lot of midrange after the remap.

Much better with the new shock, Mupo make a good performing cost effective option. The forks have been set as well as I can however they are kind of harsh so I think they need stiffer springs at the very least.

Good, mono blocks from a Fireblade up front but the ABS warning indicator flash comes on far too early and it’s bloody annoying!

Yes, roomy but not comfortable compared to a proper touring bike.

All good so far.

I've only had the first service done and had a special offer on it so I can’t say.

I love the bike! It's really fun to ride and quite lively - just some quality issues let it down.