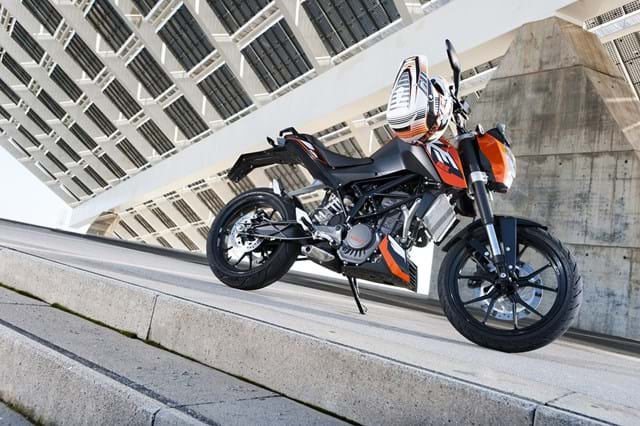 The 2011 KTM Duke 125 is a premium learner friendly naked bike which was thoroughly updated in 2017 with LED lighting, a TFT dash and new orange sub-frame. 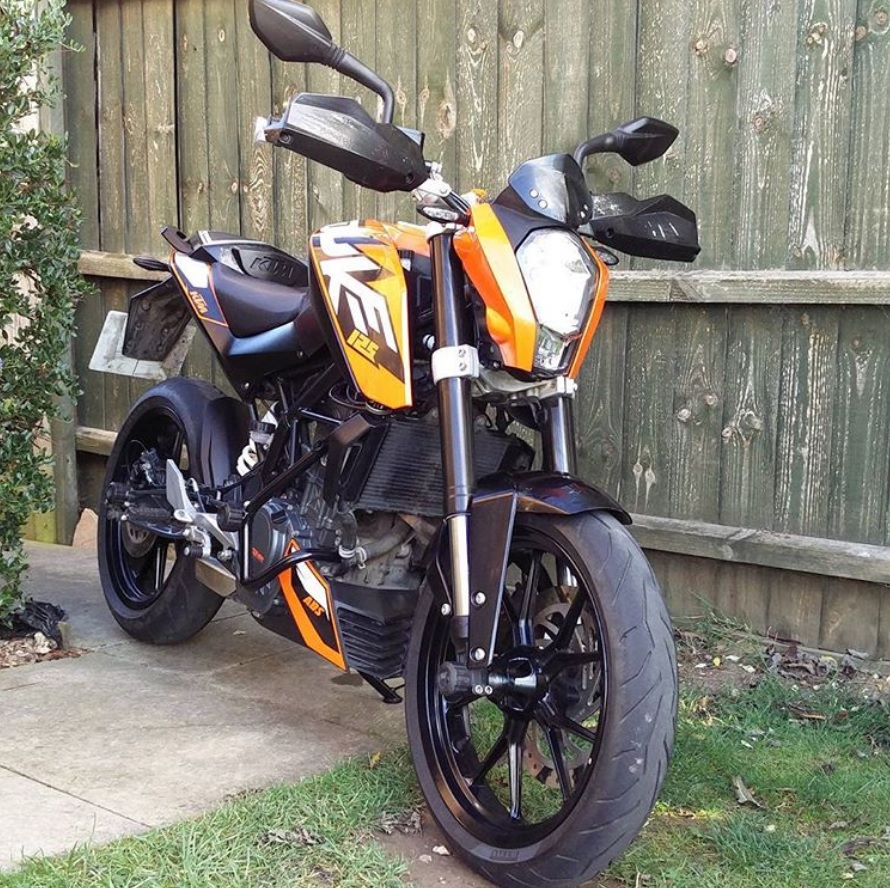 The KTM Duke 125 is my first motorcycle. After looking around at various bikes it was the one that looked like a big bike and as a new rider gave me ABS.

A selling point was the advice and time I got from my KTM dealer Jim Aim Racing in Braintree. These guys advised me the best was to get into riding, what to expect, motorcycle maintenance and great first time rider advice (along with a great finance plan). 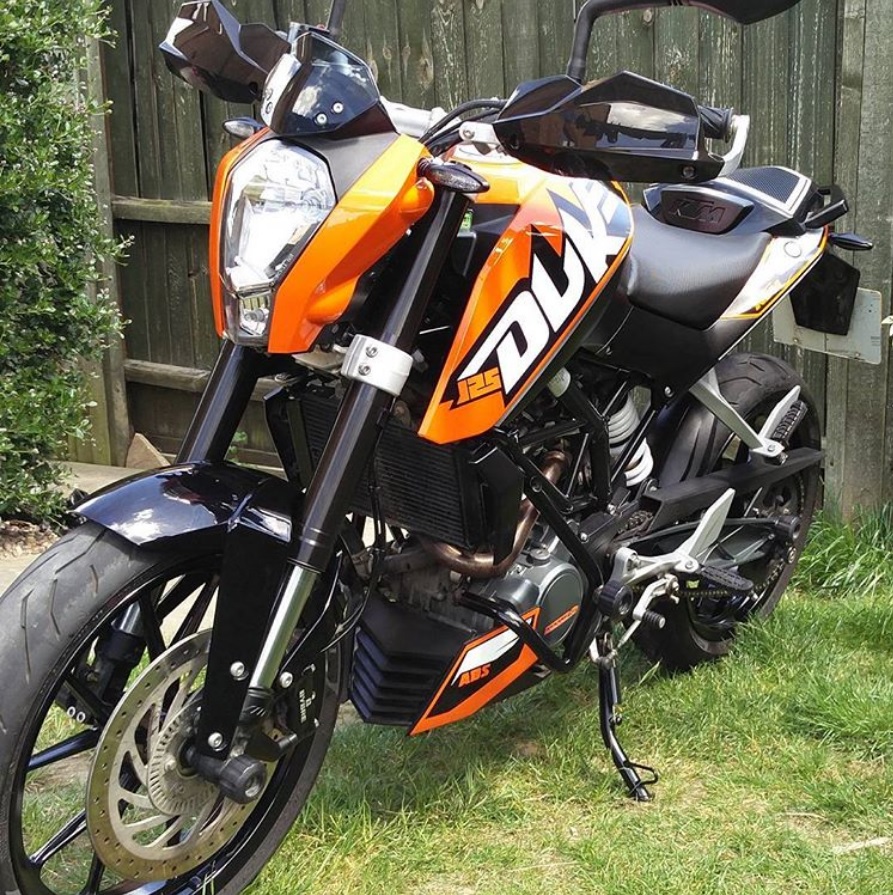 I've had the Duke 125 for 18 months and for most of that I was riding it on my CBT. The bike boasts a massive 15bhp which puts it right on the CBT limit and is higher than its competitors. I used the bike all year round for commuting and it happily returned 90+ mpg with occasionally getting into 100mpg.

Fairly quickly I changed the tyres out for Pirelli Diablo 2's as I split my rear on something. It's a brilliant tyre in the Summer but not the most complimenting in the cold or wet. 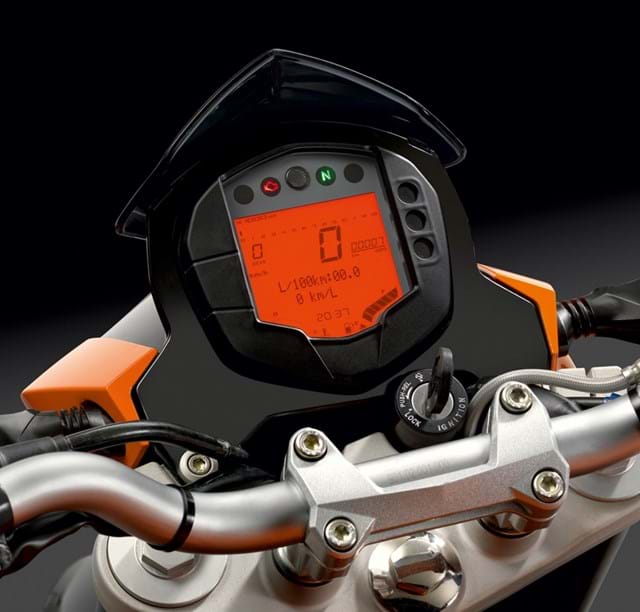 The bike is at home and will comfortably sit at at 50mph, it's great fun on the country roads and the bike will manage 70mph but not much more. This was a good introduction to riding and encourages me to trade up to the Duke 390. 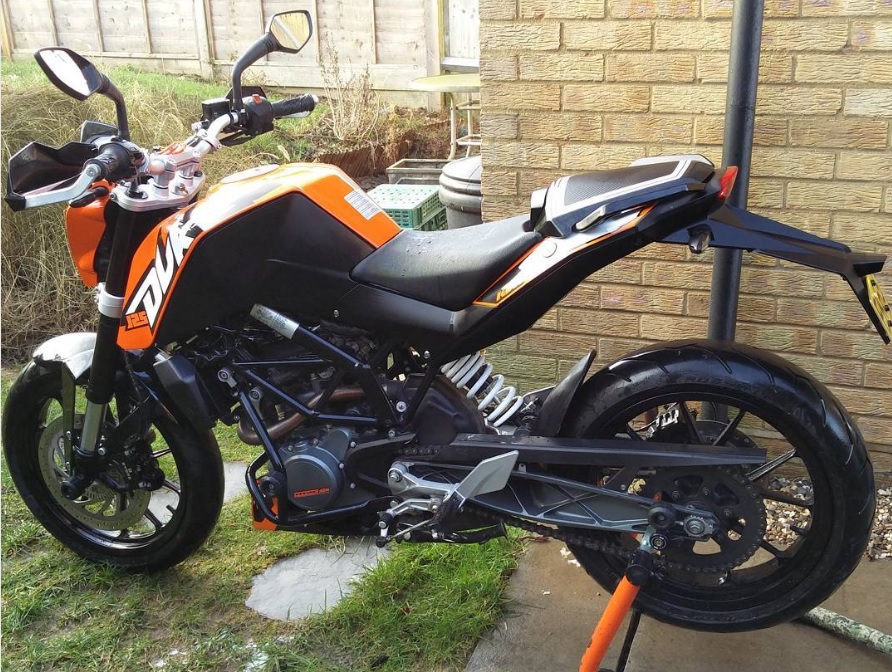