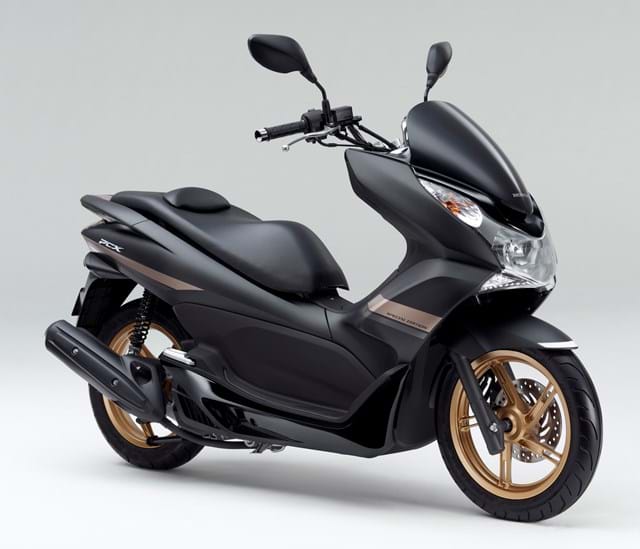 ‟
Most people would not consider taking the PCX off road, but if it can put up with all that then I don’t see how it won’t last forever riding around town.
”
- Rating: 10 / 10

The Honda PCX125 is a mid-range maxi scooter which often tops the sales charts and is powered by a liquid cooled 124.9 cc single cylinder engine, producing 11.2 bhp at 8,000 rpm. 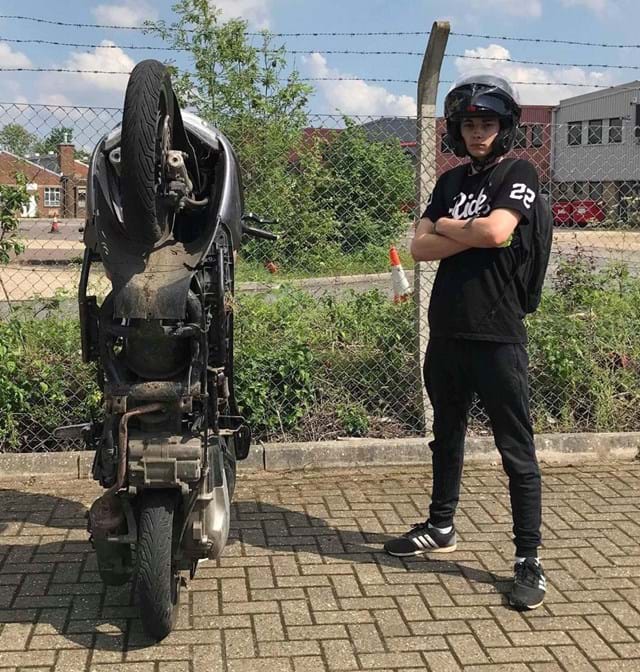 Previously I’ve had a 1997 Yamaha DT, a 2003 Aprilia RS 125 and a Gilera 50 supermoto. I also own MX bikes and have ridden sports bikes but the PCX has probably been the best. It hasn’t been the fastest but in no way has it been the least fun.

Out of all the four stroke 125 scooters the Honda PCX isn’t the ugliest or the slowest, but by far the most reliable. The amount of jumps, bumps, wheelies and stunts this bike has seen in the 10,000+ miles I have owned it is more than all the others combined.

What makes it stand out is the fact that no matter what, this bike starts and runs every single day no mater what the weather. I have had no issues with this bike at all, which can not be said about the others, yet it has got me to work every single day on time without fail.

Most people looking to buy a PCX will not even consider taking it off road and I don’t blame them. But if it can put up with all this then I don’t see how it won’t last forever riding around town.

The PCX is nowhere near the most expensive scooter on the market but is 100% the best value for money.

It has great space under the seat, the handy start stop feature for traffic lights, great fuel economy, definitely isn’t the slowest and from my experience it's built to the highest standard so in my opinion I wouldn’t consider buying anything else.

This is my first Honda and I can’t wait to own more.

I have the 2012 model and this is one of the nicest looking scooters on the road right now. The seat is low enough for someone from 5’6” upwards and it’s unbelievably easy to ride.

Like all scooters, you simply twist and go and just like a bicycle, the front brake is on the right and rear brake’s on the left.

The Honda PCX has larger 14" wheels than the current range of retro scoots on the street and this really helps when the road gets lumpy.

The PCX doesn’t have the best brakes in town, a disc up front and a drum on the rear, but they’re perfectly adequate given the speed you’ll be travelling at.

A simple twist of the throttle will take you to 30mph in an instant, leaving all cars in your wake. The top speed is around 60mph which is plenty fast enough.

The PCX’s fuel consumption is excellent – around 115 miles on a tank that costs just £6 to fill up.

You’ll get even more mileage out of it if you use its unique ‘idle stop’ feature; like many modern cars, when you come to a stop, the engine cuts out.

This not only saves fuel and helps keep the engine cooler in searing temperatures but it’s actually rather pleasant sitting at the lights in complete silence. To start off again, simply open the throttle, and the engine fires up immediately.

The Honda PCX has plenty of space under the seat for an open-face helmet plus a small non-lockable cubbyhole for stashing things. The UK model doesn’t come with an alarm so get a decent lock and chain or a Xena disc lock alarm with a 6mm pin.

After four years of riding this little titan, I'm pleased to say it’s been superbly reliable, starting up first time even on the coldest of Winter days. It handles extremely well, is confidence inspiring at moderate speeds and, above all, it puts a big smile on the face.