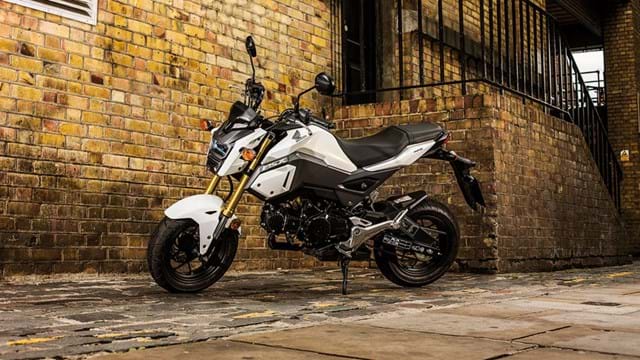 “ It's a great little commuter with a good riding position, it's very comfortable, very economical and just so much fun to ride. ”

The 2016 Honda Grom is a mini naked bike originally launched in 2013 which has a massive following and great potential for customisation. 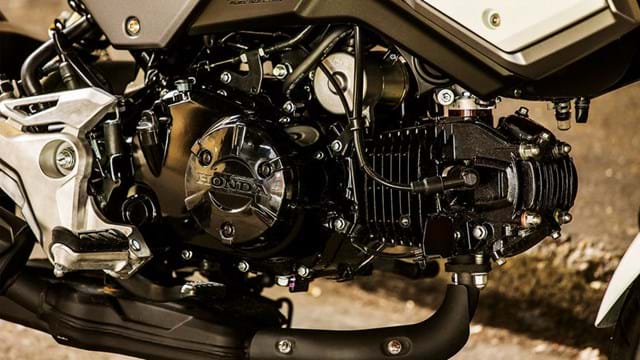 I’ve owned my Honda MSX125 for almost two years. I purchased it back in October 2016 and ever since then it’s never failed to put a smile on my face or amaze me.

I’ve always wanted to own a Grom ever since the first generation launched in 2013. I currently ride mine on a CBT and I’ve been riding bikes and quads from a young age so it’s kind of in my blood. I love the quirky design of the Honda MSX.

I use mine daily to commute around 40 miles to and from work. The main reason is that it's just a great little commuter, with a good riding position, it's very comfortable and just so much fun to ride.

It’s also very economical. I get around 110 miles to a full tank which holds around a gallon of fuel. I run it on super unleaded fuel and it costs me around £5 to fuel up, £17 tax per year and it's cheap to insure makes it well worth a buy.

The bike has now done 4,500 miles and is about ready for a new back tyre. I’ve never had any problems with the factory tyres but will be upgrading to Michelin Power Pure, which have two compound technology with a hard centre with soft walls because I do a lot of straight A roads while commuting to work.

When I bought the bike it was pretty much standard, the only modifications were a tail tidy and a front mudguard extension which is great because it keeps all the mucky road grime from your engine.

Since I’ve owned the bike I’ve made a few mods with plenty more planned but here’s a list of what I’ve done:

I also want to get a belly pan, new smaller indicators and possibly a wrap in the near future.

Honda Monkey - The popular retro version of the Grom.

It's small, easy to manoeuvre, quick round town and gets in between cars where other bikes can't, cheap to run and looks great. It's also suitable for taller people; I'm 6'2 and have no problem.

It's slow but you know it is when you buy it and it always feels like it needs an extra gear. You don't buy a Grom to go fast though! Other than this I love the bike. 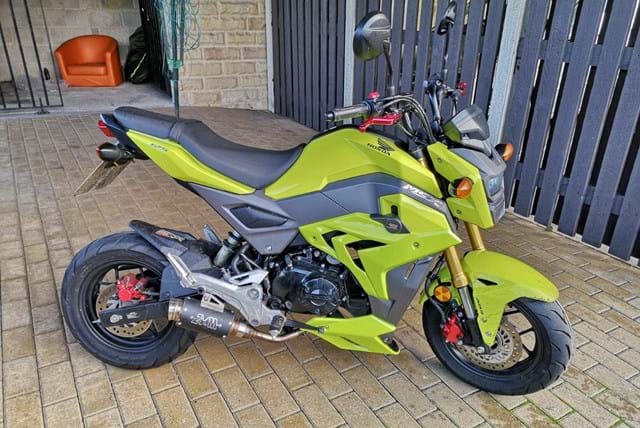 I have the V2 fairing kit from msx125accessories.com which costs £100 shipped and it just makes the bike look awesome. The Zoom non loop exhaust gives a great sound, with better throttle response and low to mid range power.

Front sprocket - 1 tooth gave me an extra 5mph at top end meaning 60mph is easily achieved, so I'm not slowing traffic down on main roads. Also a Rose joint gear selector joint. The original is just a little hit'n'miss sometimes and this helps gear selection be solid every time.

It would be nice to see more Groms on the road around my area as at the moment I'm one of two people with one. The Grom is an awesome bike; it does what it does best and that is a quick little get about for all types of rider.