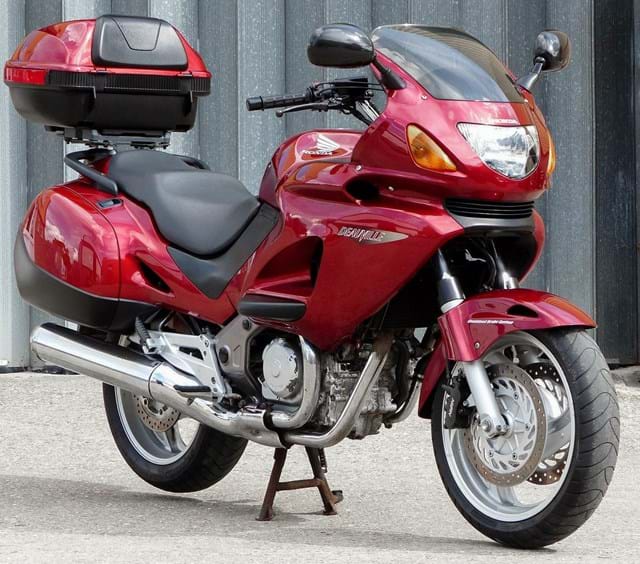 Check out part one of a two part video review from andy's shed.

The Deauville, named after the UK facing French seaside resort, is an evolution of the NTV650 and PC800 with an integrated panniers party piece.

Right to left they are 16 and 18 litres but can be expanded with optional sections to 28 and 29 litres, with the size difference there to accommodate the exhaust. There are also two glove boxes in the fairing for added storage space, the right of which is lockable.

Accessories include a 45 litre top box, dash mounted speakers for use with a CD player mounted in the pannier, tall screen (a good option), 12V socket, hand guards, heated grips and an alarm. The 17" wheels take a Michelin Macadam 120/70 tyre at the front and 150/70 at the rear.

It's made in Spain.

See all of the touring models