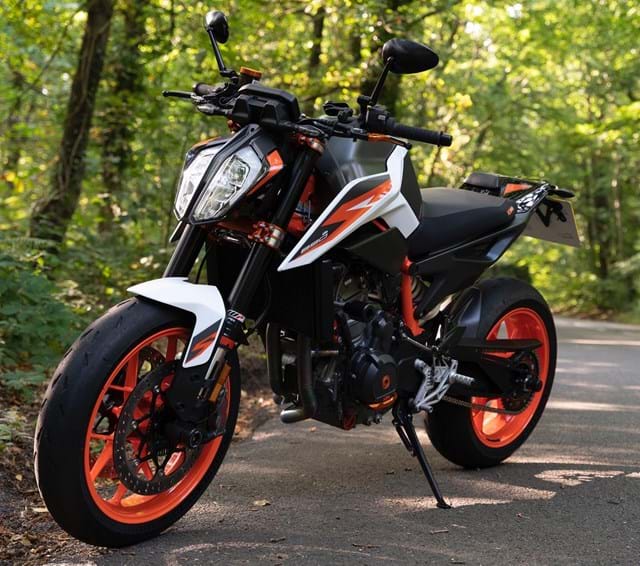 “ It's an amazing bike for British B roads which makes you smile, want to drive more and get into turns. ” 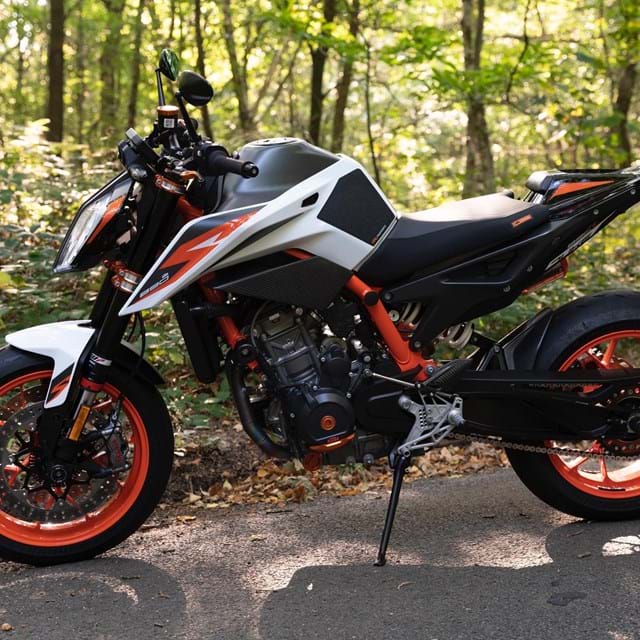 A bit about me

I've been riding bikes since I was 4, including dirt bikes and street bikes. At the moment I only own the Duke 890 R after upgrading from the Duke 790.

I liked the 790, wanted a bit more power and also something as a keeper.

The quickshifter is good but far from perfect, especially at low rpm.

It's still early to say as I am not crossing the 6,000 rpm rev limit, but boy it pulls. I can feel the different character and extra torque and power. Getting out of corners is so cool.

The sound is also a bit different from the 790, deeper and less noisy overall, but not by much though. The pops and cracks when down shifting on my AR GP1R seem to be gone and I kind of miss them but maybe it's better to be less noisy?

I'm not sure if it's because the motor needs to run a bit then loosen up...or whether this is it. We'll see and I will be interested to see the top end power once the first service is done.

The fuelling is definitely better! I can cruise at low speed in London traffic with no issues and without jerkiness. And let's keep in mind I always use track mode with track throttle response 🤦🏻‍♂️

It's a more mature engine and treats you better at any point of the rev scale. I never really used the 1st gear on the 790 but I'm starting to use it on the 890 because it's much smoother. I still start occasionally in 2nd gear sometimes...

Worth the upgrade? 100% Yes. If you say it's not, it means you either haven't tried this engine or you're not needing the extra power. Which is fine, power isn't what everyone is after and the 790 has plenty for most riders.

A side note on wheelies. It goes up in 2nd gear just by spinning the throttle. That never happened on the 790 where I had to go up higher on the rev range to then close and snap back the throttle open to wheelie...or use the clutch. Although I maybe need to change the throttle response to street to actually do controlled wheelies as opposed to looking like a drunken man. 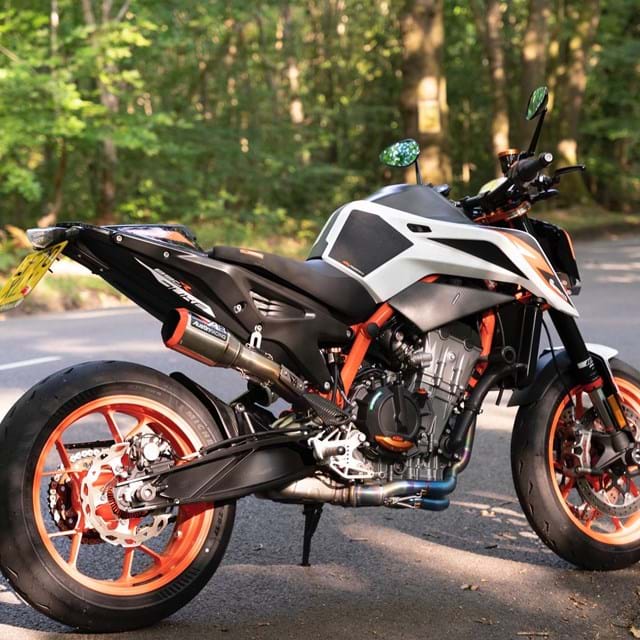 As mentioned in the suspension part above, the handling is amazing. It's better than my previous 790 but not a huge leap as the suspension change on the 790 helped a lot. I can feel a difference though and I get a better sense of the rubber touching the tarmac.

The bike wants to get into corners faster but again I'm not sure if it's the tyres, geometry, suspension, riding position or all of the above.

Worth the upgrade? Yes. You can drive better, faster and safer.

On the 790 I had ZCOO racing pads, wavy discs and Brembo RCS17; the braking difference from the RCS17 last one is like night and day.

On the 890 the braking is even better and the Stylemas look sexy. It feels like hitting a wall but you can modulate the braking nicely, so you definitely get more braking performance than you could possibly need on such a light bike.

The handlebars are lower and further forward, same for the footpegs being further back and higher. I have the adjustable ones so it should be more pronounced for me. You feel a bit more sporty on it, but not by much.

I’ve only done 400 miles but so far nothing to report.

It's an amazing bike for British B roads which makes you smile, want to drive more and get into turns. Amazing for track days as well.