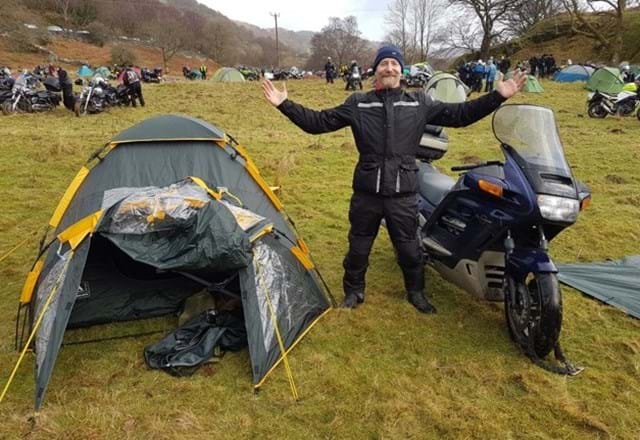 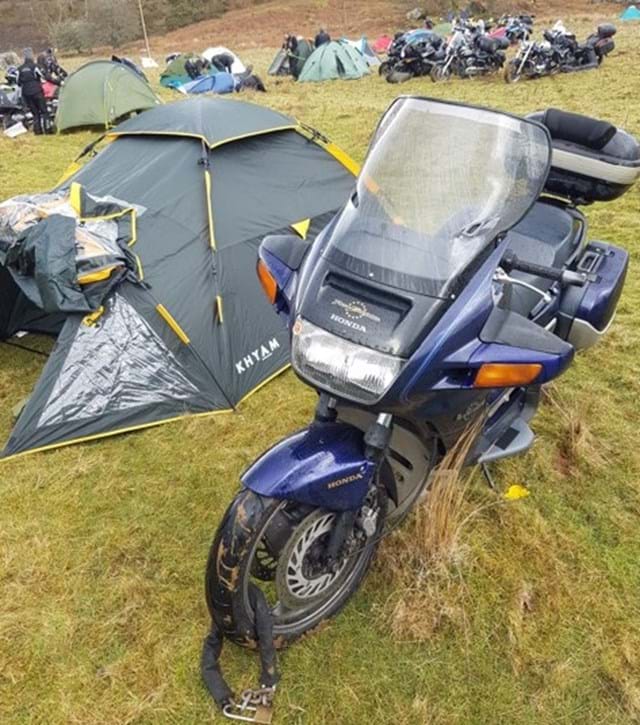 Having decided at the age of 53 that I’d become a wuss, only riding in the Summer, I set about looking for a winter hack. I’ve had my eye on the market for a while and the Pan European values are as low as low can be.

So given that it filled all the criteria, big fairing, reliable, comfy two up, and of course cheap I set off to have a look at a few.

What To Look For

The ST1100 Facebook group gave some good pointers which saved me from buying the first two I saw. Both were ABS models with faults. One of them had the ABS warning light removed to disguise the issue so buyer beware.

The engines are no stranger to monster miles so as long as it sounds okay it probably is. The other big areas for concern are rotten swing arms, exhausts and duff alternators.

The next bike I went to look at was up at 1295 in the slightly purply blue, 67,000 miles on it with some history. All the consumables were good and looking at the MOT history revealed it was just not getting used which backed up the sellers story.

On the down side he’d done the pretend plod thing to it with dayglo stripes and hazard flashes all over the panniers and fairings plus it hadn’t been serviced for over a year. Some hard haggling later and I had a Pan in the van for 850 with a year of MOT.

I got it home and washed it, took all the yellow stripes off and it started to look a whole lot better. Time for the first spin then.

The ST1100 is BIG but the low centre of gravity means that it’s very easy to ride slowly and as I soon found out easy to ride rapidly too.

The first problem I noticed was that the clutch lever engaged too far out for me and is non-adjustable. This was remedied by fitting a VFR item for £10, result!

Once up to 4,000 revs it turns into a magic carpet with absolutely no vibes cruising along at motorway speeds. It’s a super comfy bike and offers loads of wind protection with optional deflectors on the mirrors and lower fairings.

At higher speeds it gets a teeny bit vibey although compared to every other bike it’s still an electric smooth motor.

Hauling it up showed that the copious weight and old brakes were a bad combination. This was resolved in part by servicing the calipers which were a bit gummy after being standing unused for so long.

The main surprise with the Pan is how nimble it can be. I’ve only had one day in the dry since buying it in January, it's now early March, and I pushed on a bit, scraping my toe sliders very easily in the process.

The first 1,000 miles have been just what I wanted, trouble free and comfy, and did I mention cheap? £100 for service items plus the cost of the bike and it makes a lot of sense.

The only downside I have seen to date is that other owners seem to wear “Polite” vests (immediate 6 month ban IMHO) or belong to the IAM, therefore whenever you park up at a bike café like Squires you need to walk away quickly before the boring gits strike up a conversation!

So as this big old bus worms its way into my affections what does the future hold? I’m just going to ride the thing BUT the urge to take it out on a track day to see what I can get past is strong.

In summary it’s a great bike for moped money. Avoid ABS models and go post 1996 for bigger alternators, join the Facebook page and go and ride it when you wouldn’t want to wreck the pretty bikes that only see the sunshine. 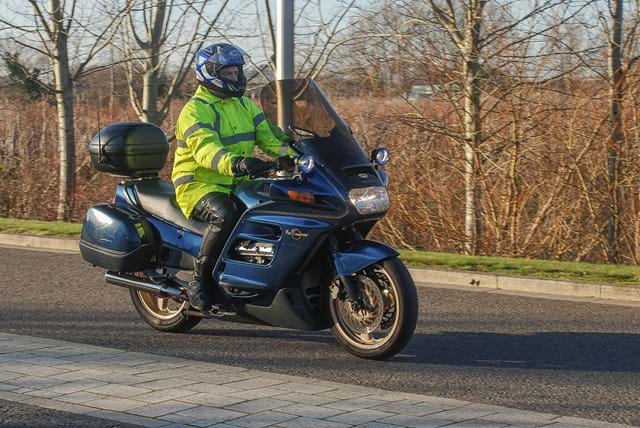 Although I had owned several motorcycles over the years, I had always wanted a big bike. And having seen several police officers riding around on the Pan European, something about this model just looked right.

So I bought one second-hand on Ebay. The previous owner had hurt his back, and was no longer able to ride it.

That was thirteen years ago and the bike is still going strong and I've been very pleased with it. Yes, it's heavy, but it sheds the weight as soon as you start moving.

It's very stable at motorway speeds and with a taller aftermarket windscreen (I'm 6'2") I don't get any helmet buffeting.

Well, it's Japanese, so no complaints there.

The only problem areas - especially in the UK, where the roads are salted - are the swing arm's tendency to rust and the OEM exhaust collector box.

However, I fitted a complete stainless steel exhaust to mine soon after I bought the bike, so that took care of that particular issue. I've also had the swing arm out, and gave it a few coats of zinc-rich paint. This has helped prevent corrosion.

Would I ever get rid of the Pan? Well, if I could swap it for a Goldwing I may be tempted. Would I upgrade to the ST1300? Definitely not. 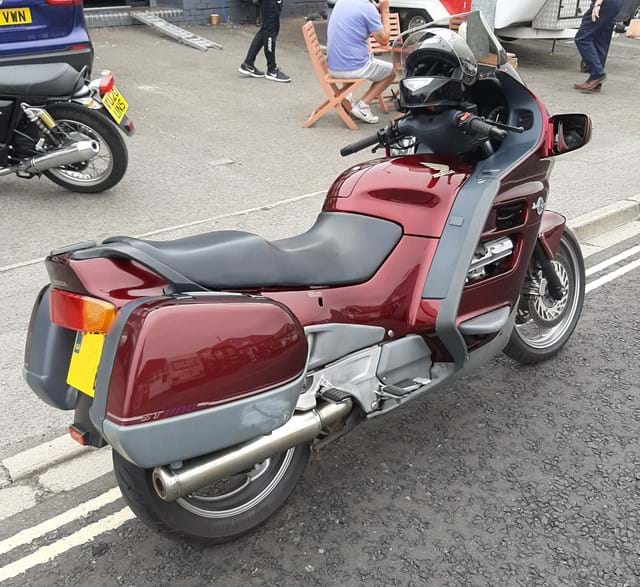 A bit about you

Mainly for touring and because it had a full service history.

I'm very pleased with it.

Check out this video review from mark pulling.