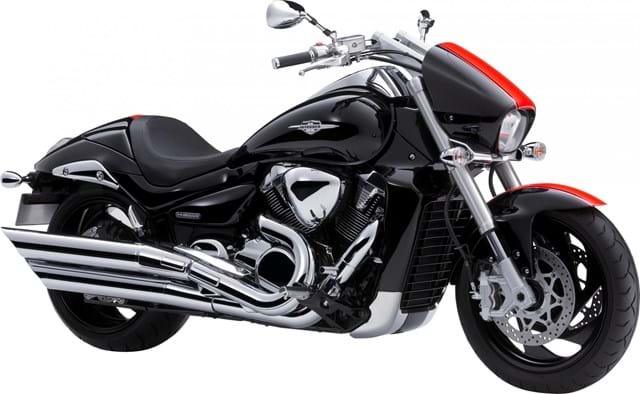 If you have any questions the nice chaps at the Intruder Owners Club UK probably know the answer!

The engine benefits from GSX-R tech and is controlled by Suzuki's electronic fuel injection system; you control the first set of two valves while the ECU controls the second based on temperature / pressure data from the air sensor.

For maximum flexibility between looking good solo and touring two up Suzuki provide both the pillion seat and seat cowl.

Accessories include a pillion back rest / sissy bar, tall screen for maximum touring comfort and a shiny drive shaft cover.

The M1800RZ and M1800RBZ B.O.S.S. are special editions with tasty custom colours to really stand out, some with blacked out details; mirrors, bars, levers, fork, tank cover, engine, exhaust, calipers and stand.

In the US it's marketed as the M109R Boulevard.

See all of the cruiser models