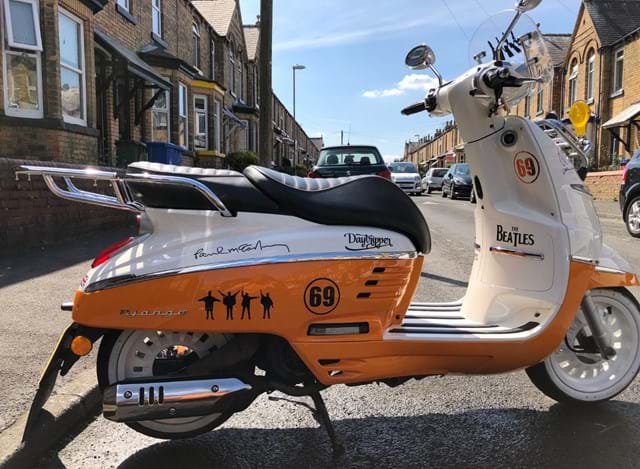 “ It's a nippy little head-turning commuter scooter which will happily hit 65mph and pulls well even with a pillion. There's plenty of under seat storage, it handles well in wet and is super comfortable to ride. All in all it’s a great scooter and I would thoroughly recommend it. ”

The Peugeot Django 125 is a learner friendly retro scooter which was launched in 2014 and saw a minor Euro 4 update in 2017. 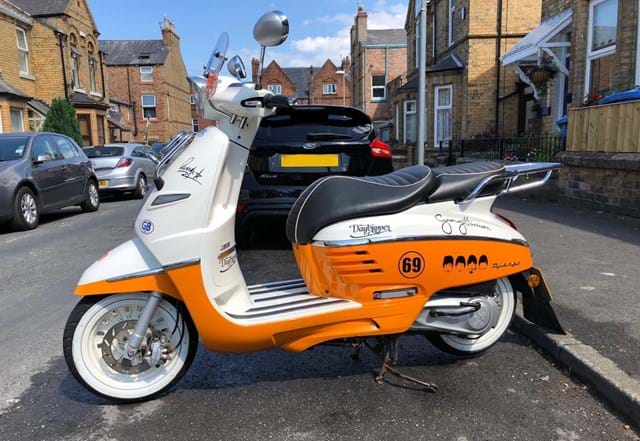 It's a nippy little head-turning commuter scooter which will happily hit 65mph and it pulls well even with a pillion. There's plenty of under seat storage, fitting an open face helmet / waterproofs and it has a 12V charging point in the front right storage panel.

Handling in the in wet and dry is great and it's super comfortable to ride. Mine has been as reliable as a Swiss watch and even after an arm injury (unrelated to riding), having sat un-ridden for 3 weeks, it fired up after about 5 minutes of trying.

This has been a great scooter and I’ve had loads of very positive comments about how smart it looks, although I have added Beatles decals and a few badges.

It’s economical to run, tax and insure. The only down side is the Chrome racks are very susceptible to rust no matter how well looked after they are.

All in all it’s a great scooter and I would thoroughly recommend it! 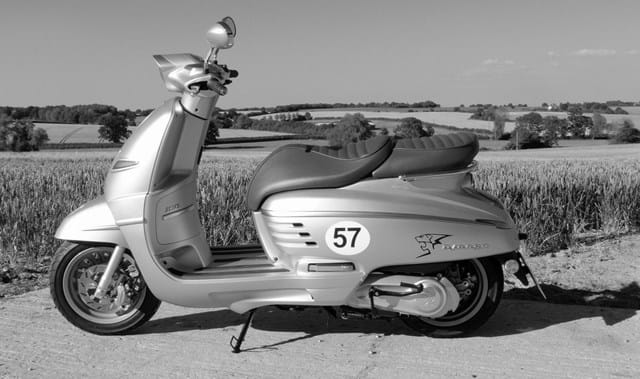 I have had my Django 150cc Sport for just over 1,000 miles now. I decided to buy the scoot new after doing a fair bit of research into the competition and the Django seemed like the best option for me.

I love the look of it..very retro!! So far it has started immediately whether using the button or the kickstarter and I honestly cannot fault the scoot. 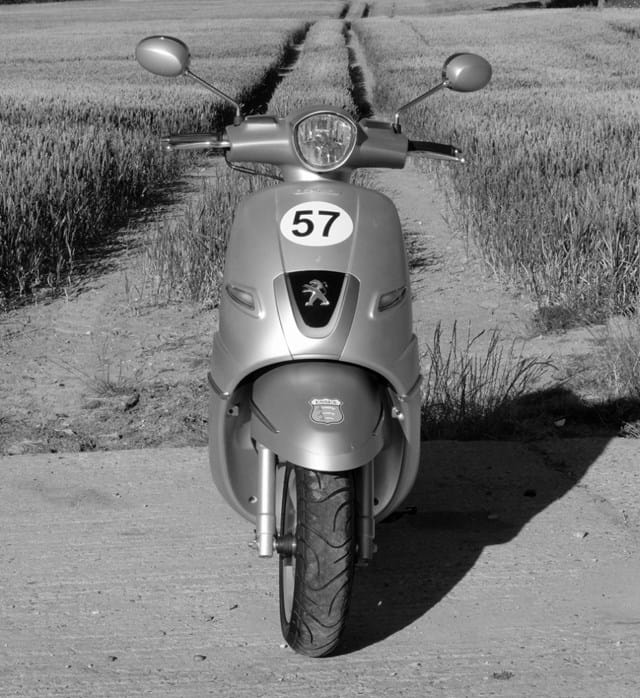 It will do more than 65mph, but I bottle out before it does and the only criticism is the standard tyres. They will both get changed at some point.

There is plenty of room under the seat plus two storage compartments in the legshields, one with a power outlet for phones etc which is very handy.

On the Sport version you get a rear seat and also a plastic cover which can be put on instead of the seat to make it a solo machine. Looks great either way.