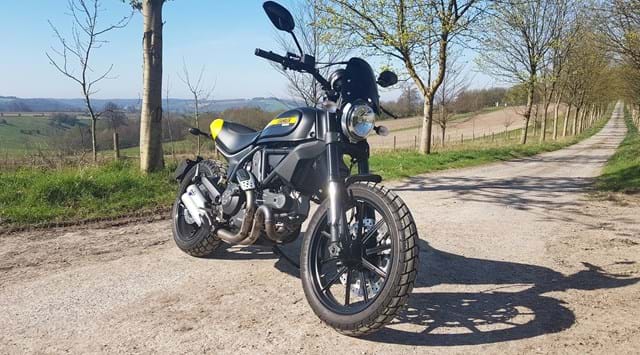 “ This bike is a real joy to ride, the engine is very zippy and the riding experience really has the wow factor. ”

The 2015 Ducati Scrambler Full Throttle is an A2 licence friendly retro style bike which saw a minor update in 2019. 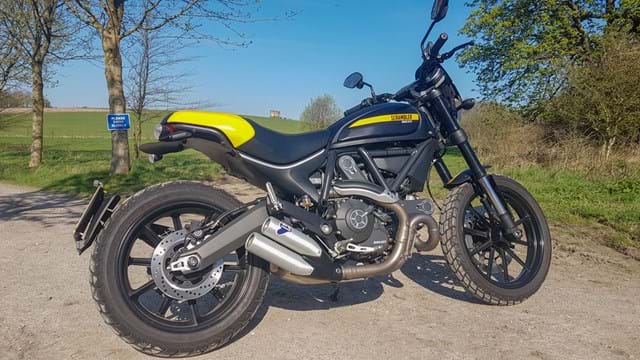 I purchased this 2015 model second hand, purely on a whim. Having moved near to Winchester I dropped into Moto Rapido and I fell in love with it, although it was three weeks before I told the Mrs what I had done! The new kitchen was ordered and we were soon back on talking terms. I really recommend Moto Rapido, the service and attention to detail was above and beyond.

I still own a couple of British bikes, which are great for the odd day out, but I wanted something that offered more grunt and reliability. Being over 50 my days of sports bikes are well in the past.

The stock twin Termis sound fantastic, which bring out the hooligan in you, with plenty of pop’s and bangs on the over run. 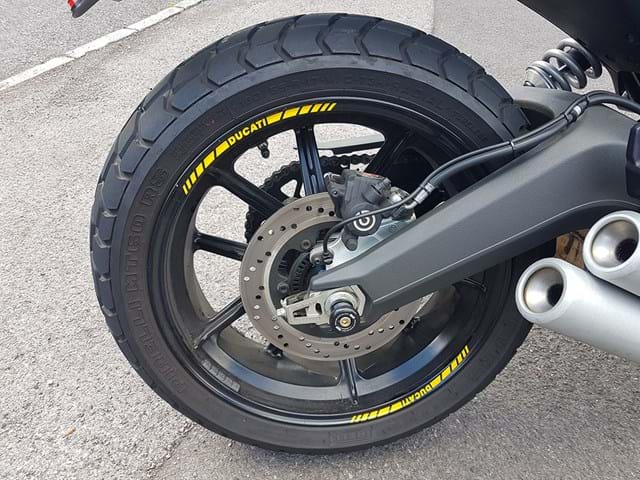 This bike is a real joy to ride, the engine is very zippy and the riding experience really has the wow factor. It’s perfect for these Hampshire roads and nipping through towns.

It has more than enough power and speed. In fact the whole package is just what I was looking for with retro looks, reliability and a low seat level. I really can’t fault it, handling is surprisingly good despite the bigger tyres. 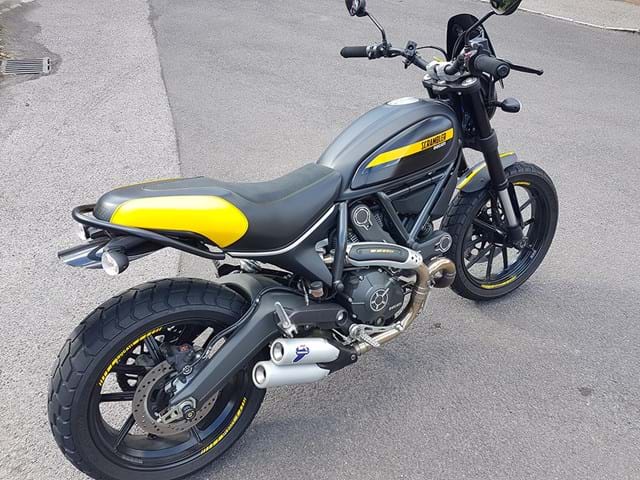 Although I love this bike I do have one or two slight niggles. The seat is literally a pain in the arse, especially two up as the passenger is always sliding forward. Even solo on longer journeys and motorways I can only handle an hour, then I have to stop and grab a coffee, which is fine as you only get around 125 miles to a tank.

The engine is very revvy so you go through gear changes quite quickly, although in top you are always searching for another gear. It would be nice to see a gear indicator on the clocks, or even some spring loaded free play on the gear change so you can feel when you are in top. Just like my 78 Bonneville. No matter how much I ride it the gear thing always catches me out. 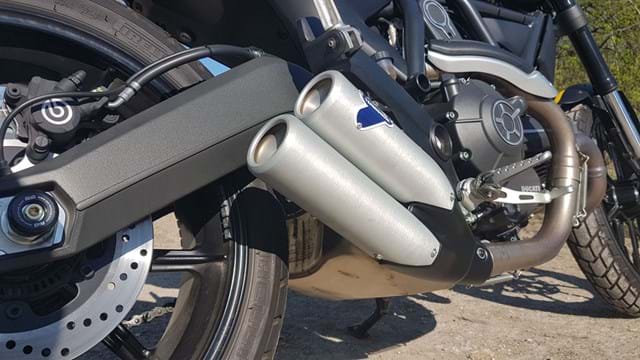 I made some modifications within the first week of ownership, apart from some wheel decals and a Dart Fly screen which I painted Matt Black. I had to say goodbye to that number plate holder from the swingarm. Plus I needed some sort of rear mudguard, but not at Ducati prices.

I regularly visit Kempton Park Autojumble to keep my British bikes alive. I spotted a mudguard shaped object on a stand, the guy said he thinks it was a rear hugger for a Yamaha R1 and I could have it for a fiver. Job done! It took a little fettling and cutting but it’s on there and I think it looks great, I also fitted an R&G number plate holder.

I've also removed the Lamda sensors and replaced them with the kit. The bike is now much smoother in traffic and picks up a little faster from low revs.

I also put some after market foam grips over the original grips because after a ride out I got pins and needles in my fingers and hands, probably down to the vibration, but everything is good now.