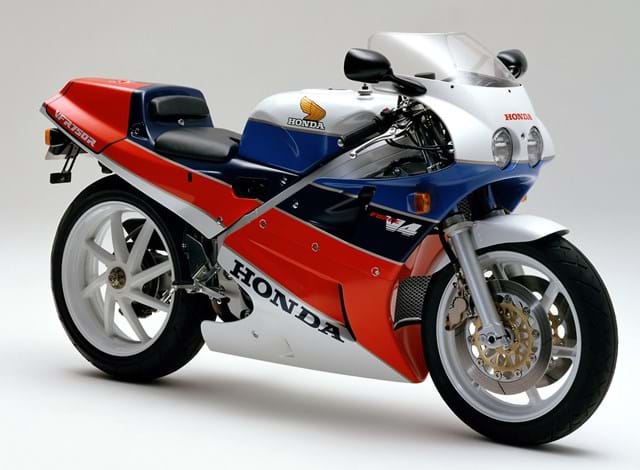 Geoff's RC30 page has all you need, really!

The Honda VFR750R RC30 is a rare iconic sports bike which was created for the World Superbike Championship by HRC and is now seen as an investment opportunity. It's powered by a liquid cooled 748 cc V4 16 valve engine, producing 94 bhp at 11,300 rpm and maximum torque at 9,800 rpm.

While it's based on the 35 kg heavier standard VFR750 there are a number of key differences which, along with the very low numbers around, keep the price sky high. Firstly it's a proper race bike which happens to be road legal and it dominated the Isle of Man TT race in the late 80s.

Only 3,000 were made with 1,000 restricted to 77bhp for the Japanese market (black mirrors and smaller headlights).