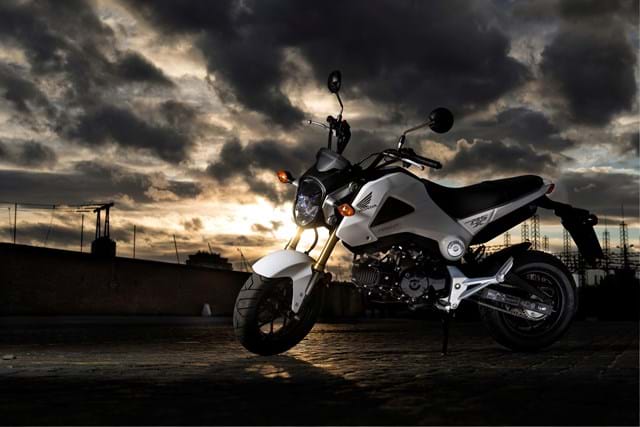 “ The Grom has been by far the best bike I've ever owned. They're great on fuel, really nimble if the traffic is busy and they make filtering look really easy. ”

The 2013 Honda Grom is a mini naked bike which has a massive following, great potential for customisation and which was updated in 2016. 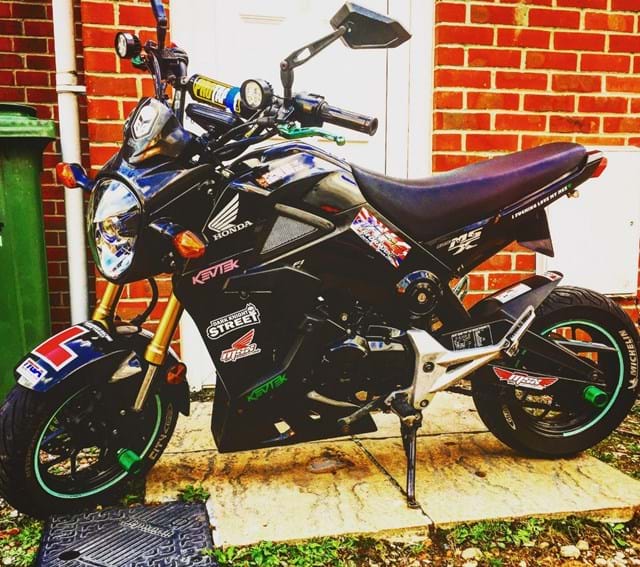 Right where do I start. I’ve owned the bike for 4 years now, after all previous bikes I’ve owned had just been money pits. The Grom has by far been the best bike I've ever owned and I’m glad I made that choice back when I got it!

It's great on fuel and the long distance I've covered in one day is 167 miles to empty. They are a really nimble bike if the traffic is busy and they make filtering look really easy.

The speed side of things. It’s not fastest bike to say the least but it’s not all about the speed, it’s about the smiles per mile.

The stock tyres on the bike are aren't great and I changed them after the first hundred miles to Michelin City Grips. They are absolutely great tyres and I’d recommend them to anyone that’s wanting a great set.

A year later and I needed a new tyre on the rear so I upgraded to Anlas Wintergrip 2's front and rear because it’s best to keep the same tread pattern. Also a great tyre choice.

Yes they are Winter tyres but I’ve used mine all year round in all weathers for the past 3 years and they’ve never let me down! Awesome grip and again I’d recommend them to anyone wanting new tyres for the Grom.

I’m very lucky to still have my Grom if I’m honest.. last year I had an accident on mine on the way to my induction meeting for my new bike! A white van slammed on the brakes after pulling out of a junction, then straight into reverse without checking the mirrors and ran straight over the top of my bike!

Luckily it wasn’t written off and I wasn’t hurt too much. The bike suffered £1,200 pounds worth of damage, the insurance paid out and I eventually got the bike back after about 4 months. 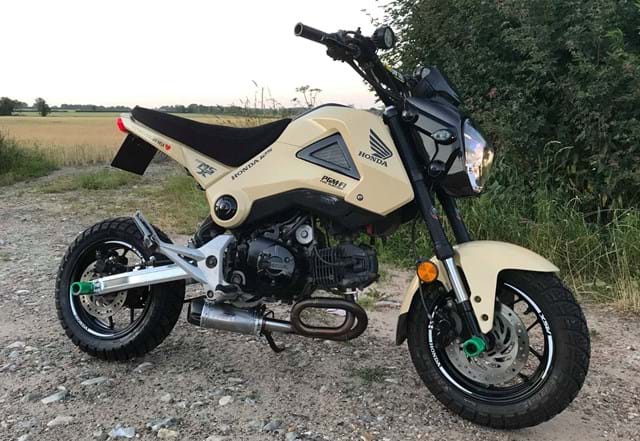 Earlier this year I decided I wanted to go for a whole new look, something different so that’s what I did and I’m more than happy with my result.

I’ve spent a pretty penny over the 4 years of ownership and as I said above it’s all worth it! It’s all about the smiles per mile.

Thanks for reading, ride safe and if you don’t have a Grom yet then you best get out and buy one.

Honda Grom (2016 On) - New version with LED headlight and under slung exhaust.