How Does The Number Plate System Work?

At first glance the UK number plate system is a bit of a mystery but it does have some structure, even if it's impossible to remember it all. Luckily we have a handy guide.

What Do The Letters And Numbers Mean?

Taking the example plate or VRM (Vehicle Registration Mark) above we have three main parts:

A - Local Memory Tag - These two letters show roughly where in the UK the bike was registered e.g. GU would be Brighton. There's a full list here.

B - Age Identifier: These two are perhaps the most interesting and show how old the vehicle is. See below for how to decipher it.

They are assigned to dealers in batches and applied to the bike when it's registered. There's likely to be over 10,000 possible combinations within each local area and plate though, so more than enough for the number of bikes registered. 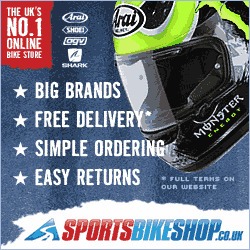 Which Plates Belong To Which Years?

How Did The Old Number Plate System Work?

In 1999 the system switched to three plates per year, shortly before the new age identifier system above launched in September 2001.

Before that it was a simple change to the "new plate" in August every year, which caused many buyers to hold fire on their new bike purchases until the new plate was released. It was a prefix, before the rest of the number plate, resulting in number plates like R795 ABA (for a 1997 bike). The final three letters denote where it was registered with the last one being randomly generated.

Prior to that the system simply cycled through A-Y as a suffix i.e. after the rest of the number plate: