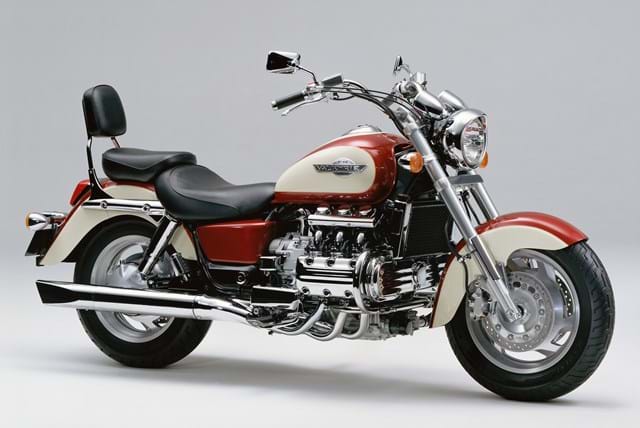 The Honda Valkyrie is a cruiser style bike which is based on the Goldwing GL1500 tourer. It's powered by a 1,520 cc flat six engine, producing 100 bhp at 6,000 rpm and maximum torque at 5,000 rpm, which reaches the back wheels via shaft drive.

Accessories include a sissy bar, screen, hard panniers and lashings of Chrome.

F6C stands for Flat Six Custom but in the USA it's known as the Valkyrie.

2000: Tourer version launched with a fairing, screen and panniers. It's 15 kg heavier.

Pop in your email address for updates when we see new similar adverts for sale:

Use the Alert button to be notified of new similar adverts.
More adverts
Cheap
Expensive

Pop in your reg number, get a same day valuation from WeWantYourMotorbike and they'll buy your bike within 24 hours:

Get More With Your Insurance

See all of the cruiser models