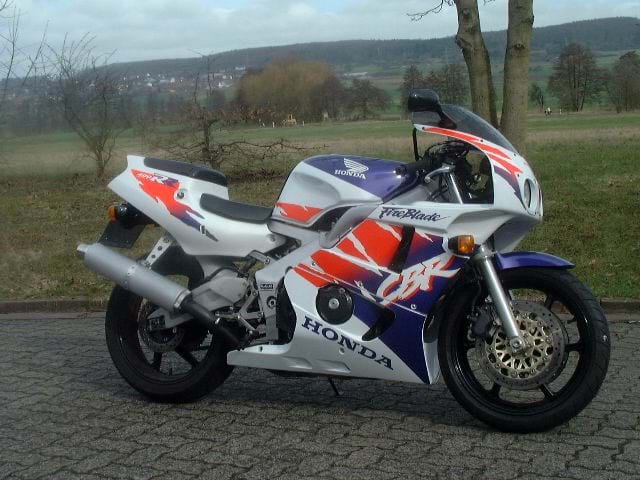 What Is It?
Review It

The Honda CBR400 is a dedicated sports bike which is also known as the NC29 Gull-Arm. It's powered by a liquid cooled inline four 399 cc engine carried over from the NC23 Tri-Arm and achieves maximum power at 12,500 rpm. The engine is a stressed member of the frame and features gear driven cams.

The CBR400 picked up the FireBlade name in 1994 and was later simply called the Baby Blade due to similarity with the CBR900RR FireBlade.

The Gull-Arm name refers to the gull wing shape of the swingarm on one side, which aided ground clearance for the exhaust.